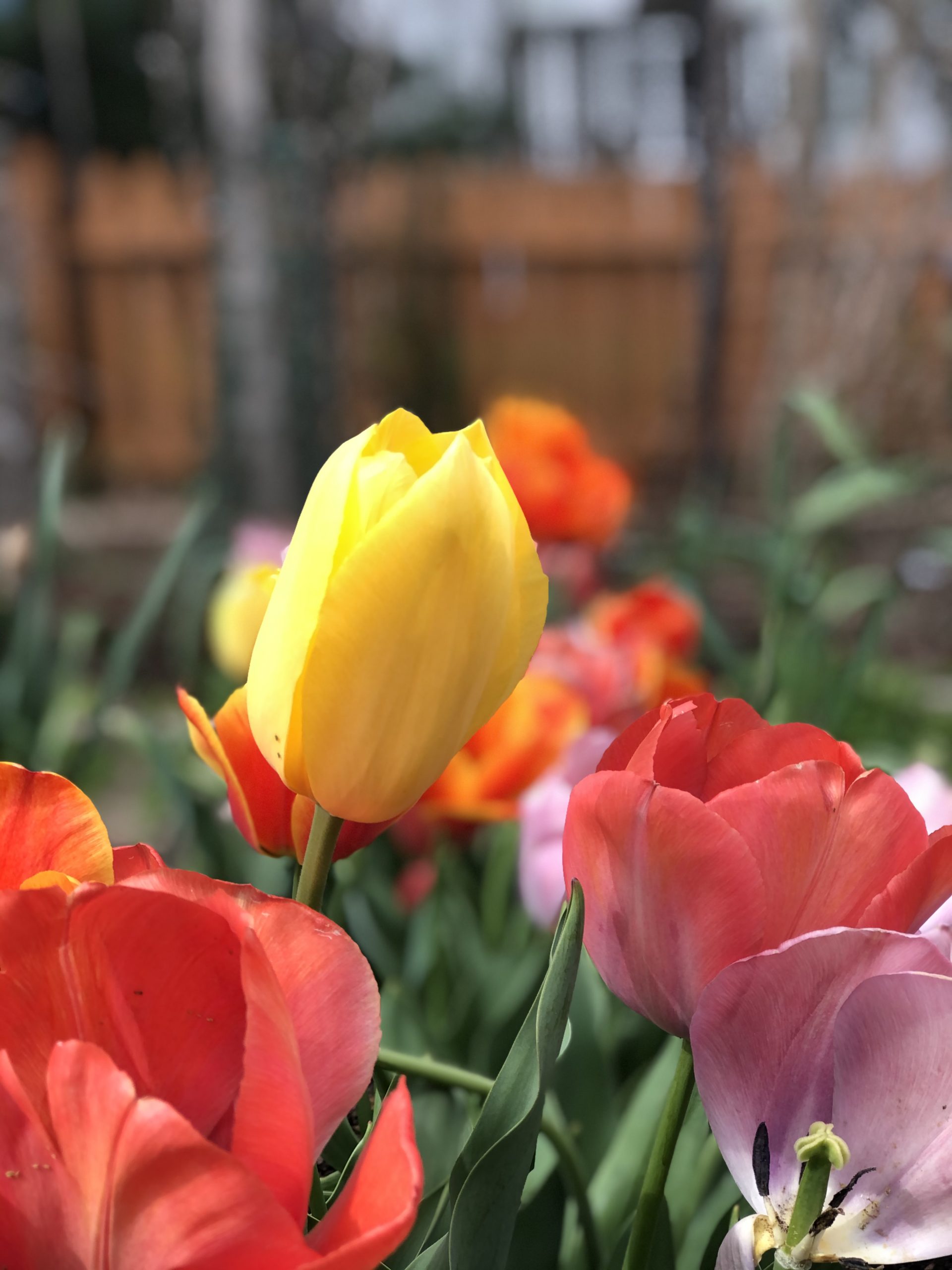 I spent the entire day in my own kingdom, which is unusual for me. Hubby and I had a lot of work in the garden. We’re preparing to have 3 egress windows and 1 walk-out dug around the house, so we had lots of things to move out of the way both inside the basement and outside. We’re finally going to have our basement finished this year, adding some additional square footage to the living space. All the soil they dig out will get dumped on the bank next to our driveway to extend a small section of the drive for extra parking. So we had to dig up some plants and shrubs we want to save where the driveway extension will go, including columbines, purply ferns, roses, and irises. We’re running out of space to move things around.

In other garden news, a mouse chewed through a cover we had protecting our gigundus umbrella stand, which spent the winter laying on the ground and wrapped in the now-holey cover. Our mouse friend was quite industrious; there must have been a quarter cup of birdseed that it collected from the ground below the birdfeeders on the other side of the yard. All of it spilled out when we righted the umbrella stand. I also disturbed a tiny garter snake under some pavers that had to be moved; I moved it to the compost bin (snakes love the compost). We also discovered a new resident in a purpose-built bee house we posted to the tall stump we left in place when we cut down our dead cherry tree a few years ago (see picture).

Later in the afternoon I decided to lie on the couch and read the paper—to the sound of dueling lawnmowers throughout the ‘hood. Ah, the season has arrived.