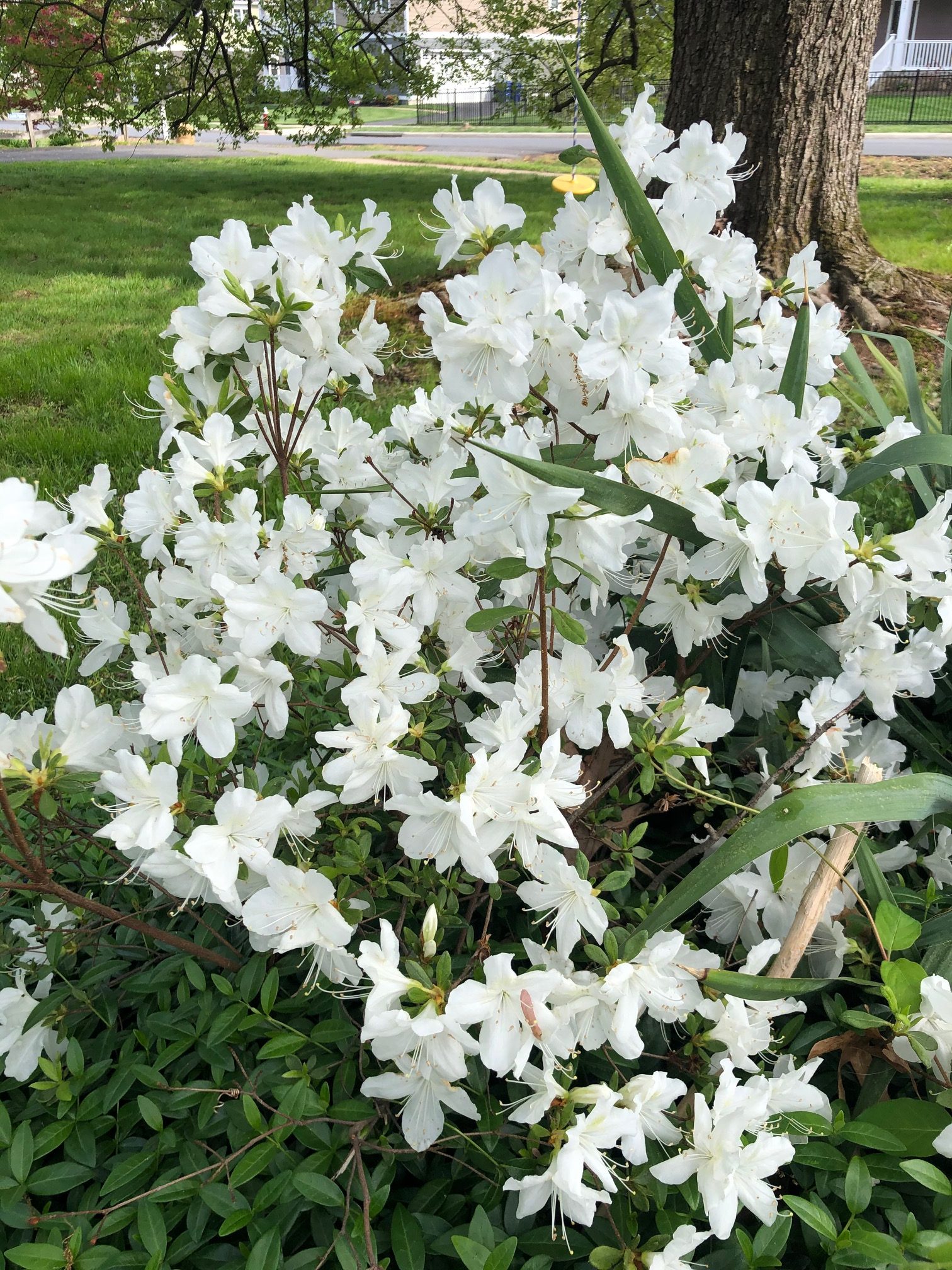 Our columbines are blooming! A variety of colors are scattered around the front drive and down the bank. The white azaleas also burst out in the past couple of days; it’s usually the last azalea color to blossom. The temps got up to 84 degrees; the hottest day of the year so far, and more 80s coming this week. Went for a long walk in a part of town I don’t usually get to, talking as I walked and getting the Mamacita update from my sister. She’ll probably go back to the place where we moved her but with some changes. I talked to her first thing this morning. She started out a little gloomy but without much force behind it. All of us agreed after talking to her today at various times that she seems resigned, if not a little remorseful that’s she caused trouble. She hasn’t, but life would be easier if she accepted that she needs to rely on others for help. It’s made me wonder how I’ll behave when my body deteriorates to the point where I’ll lose my independence. I’ve never been one for wanting to rely on others. In high school, I took the Minnesota Multiphasic Personality Inventory, and I remember the person who interpreted my results telling me the test showed I was fiercely independent. I went home and told Mom that. Her response: “Well, I could have told you that when you were one year old. We didn’t need to spend fifty bucks for that information!” Mama never minced words.

It’s National Tell a Story Day, so here’s the story I told at the show I was in Saturday night; theme was The Great Outdoors.