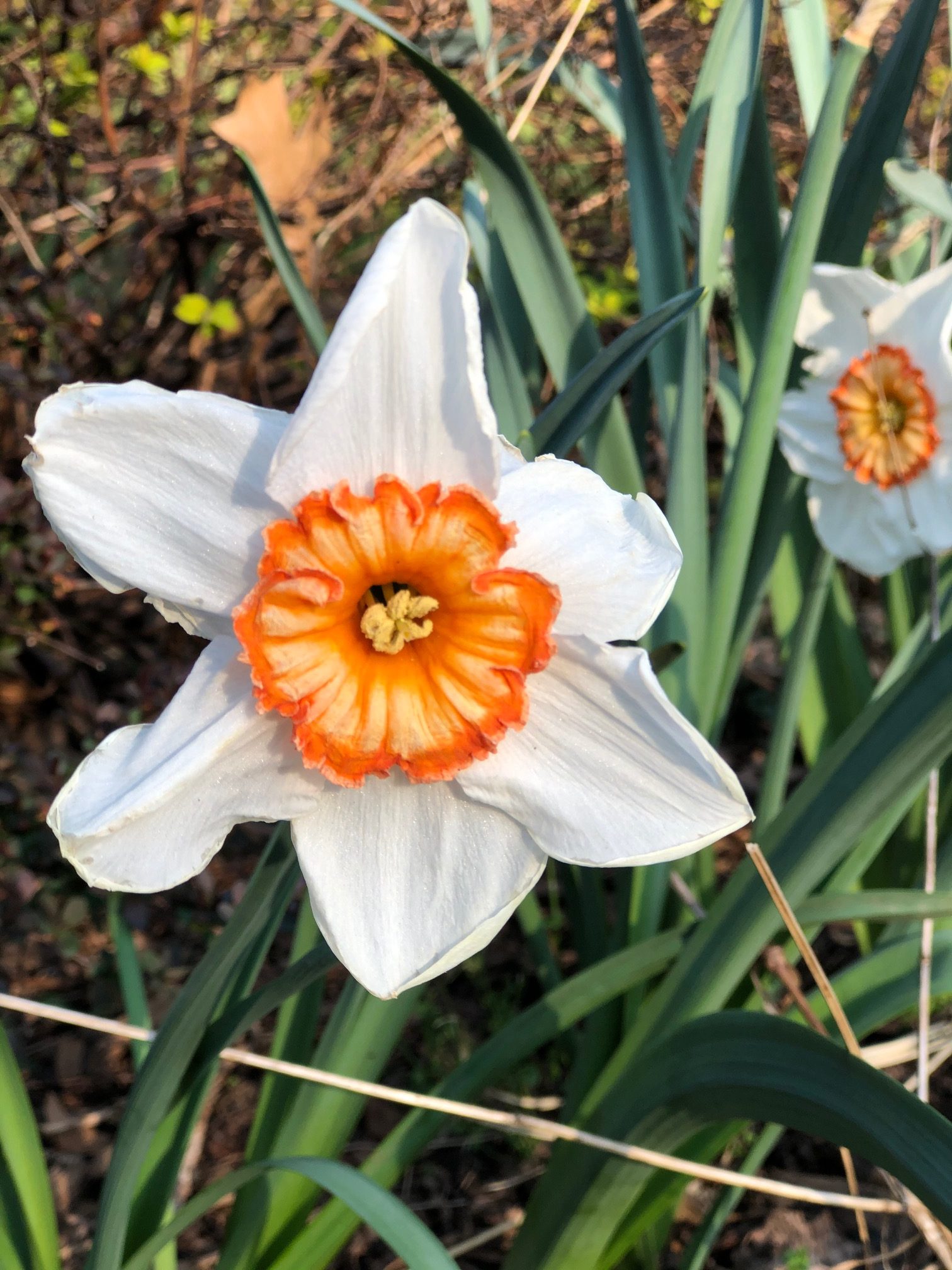 Today felt truly like spring bursting out all over with summer on its way. Hubby’s dafs and tulips are popping up everywhere. The green roof of his bug hotel looks good too. Even a couple of azaleas at the cemetery where in full bloom, the first of the season I’ve seen. It was also my first day back at work—such as it is at home—after a two-week break moving Mom. Had a long chat with one of my work buddies catching up on what happened while I was away (spoiler alert: not much). Half the day I spent filtering through nearly 200 emails, most of which I deleted, and half filtering through life business that had piled up while I was gone.

My sister and her hubby returned from NY, bringing with them a few more things I wanted from Mom’s Great Moving Adventure. Not that I need more things, but most were practical and some I would need to buy anyway, including a comfy overstuffed chair that my NY sister gave me so she could make room in her house for Mom’s couch. The new chair will go in our basement when it’s finished later this summer. I also scored sis’s ironing board and iron so she could have Mom’s, which she says is better than hers. The ultimate in recycling. (Does anybody need bath towels?) I also got the Mom Report. She’s been quiet and pensive, but the staff will encourage her to get involved in the daily activities. Some family pictures were put up on her walls, which I hope makes her comfortable. Getting through the first couple of weeks will take some courage.

In January, Deborah Voll (certified professional life coach) interviewed me for her podcast, which is now live; you can listen here. And my stepdaughter finally got in touch after several months of sequestration in Scotland. She was on retreat, so we didn’t want to bother her.