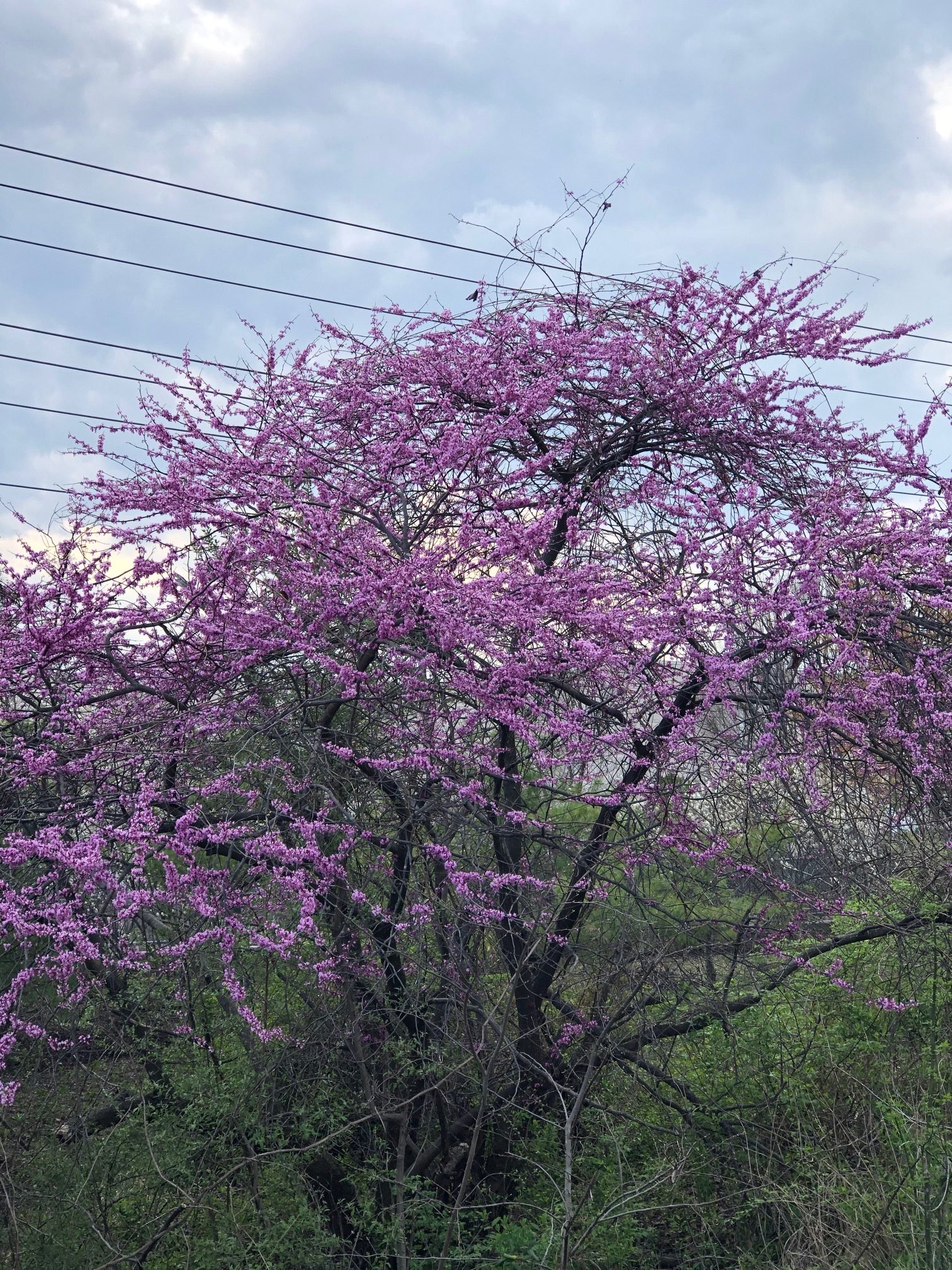 Today is National Walking Day (so naturally I went for a bike ride), National No Housework Day (compliant), World Health Day (non-compliant; ate too much chocolate, although I realize for some that’s an oxymoron), and National Beer Day (meh). It might as well have been National Wildlife Day for all the day’s encounters. I found our fox friend napping in the back yard this morning; stopped on my bike ride to move a shell-dwelling friend off the trail so it wouldn’t be run over by the racer bicycle boys that speed up and down the trail; saw a dead vole on the trail, which I presume was run over by aforementioned racer bicycle boys (opted not to photograph; we frequently see hapless rodents and snakes when biking); and encountered a very odd raccoon who was most certainly unwell. It was staggering around on the trail, like a drunkard, going in circles while moving closer and closer to me. In case it was rabid, I didn’t want it to get too close, so I shooed it away. But I didn’t see any foaming at the mouth and it wasn’t behaving aggressively. I wondered whether it had been poisoned or had some brain infection. Poor beggar.

The redbuds were in bloom all over, as were Bradford pears, cherries, plums, and other trees.

Update on the Hollywood pitch thingy: had two more rejections from people who requested materials, bringing my total to three rejections and waiting to hear from three more. I have another option up my sleeve, so I’m not bothered.

Got to Zoom with Mom and the sisters this evening. She looked well and seemed in good spirits. She got to meet the floor’s resident cat, and one of the aids volunteered to take her outside for an evening walk. We gladly ended our Zoom call early to accommodate this. Ndank-ndank, as the Wolofs of Senegal say. It’s a phrase I learned in the Peace Corps and means “little by little the monkey is caught.” It’s used to mean things take their own time. I apply it here to mean Mom will take the time she needs to adjust.