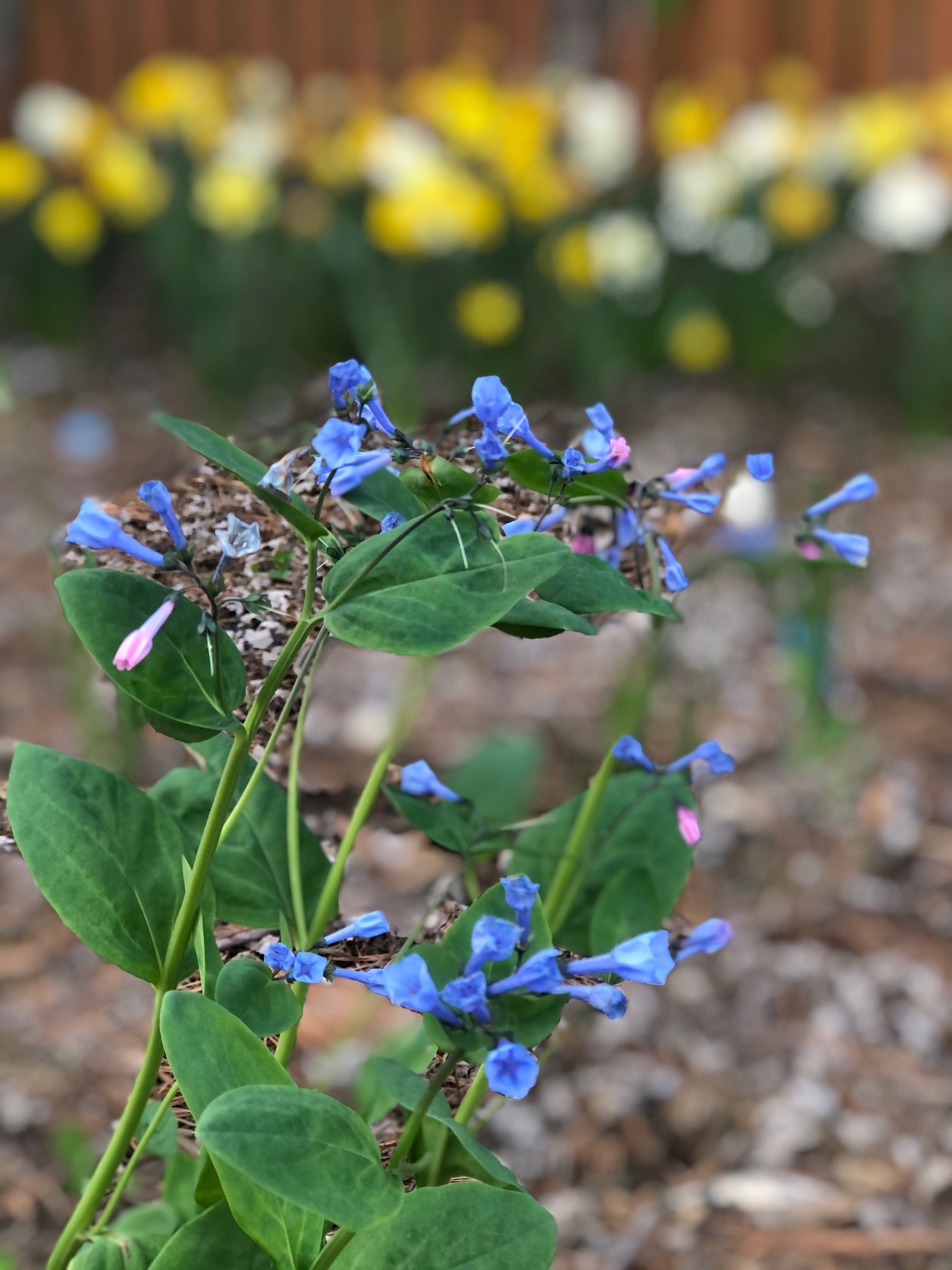 It was one of those days where I didn’t stop, which meant I also didn’t get my afternoon walk. I had to get my outside time in the back yard garden, which is better than nothing. (The bluebells have peaked but are still lovely.) I had two non-work-related appointments bookending a day full of five work meetings. I’m not even a manager; I don’t know how managers ever get anything done, spending all their time in meetings. Since Covid, I’ve met more with my teammates than I ever did in the Before Times. I’m getting more direct with them (if it’s even possible to be more direct than I already am), insisting they have an agenda or at least give me an idea of what they want to accomplish before booking a meeting. Some of them want to discuss things by video conference that could be done in five minutes by email—bless them.

I met with the builders today to look at their designs for remodeling our master bath, finishing the basement, and other miscellaneous housey things (file under “Working From Home Reveals Things You Don’t Like About Your House). The good news is the designs are awesome. The bad news is the work won’t get started until late July and won’t finish until just before Christmas. Hubby wondered why we couldn’t spend all that money on the garden instead. By my estimation that would buy us a swimming pool, proper greenhouse, and some upgraded landscaping. Maybe next year.

On a completely unrelated note, today is National Empanada Day. One of my BFFs, who is half Mexican, used to make empanadas when we were apartment mates in college. She also happens to be a huge Robert Redford fan, and one year she baked him a batch and mailed them to his agent or somebody. Her goal was to persuade him to come to the International Wildlife Film Festival, which she and I used to help organize as students at the University of Montana about 1,000 years ago. She did get a reply from one of his people, but we never knew whether he ate the goods. (Who eats home-baked food sent by a complete stranger?) I will forever associate empanadas with Robert Redford.