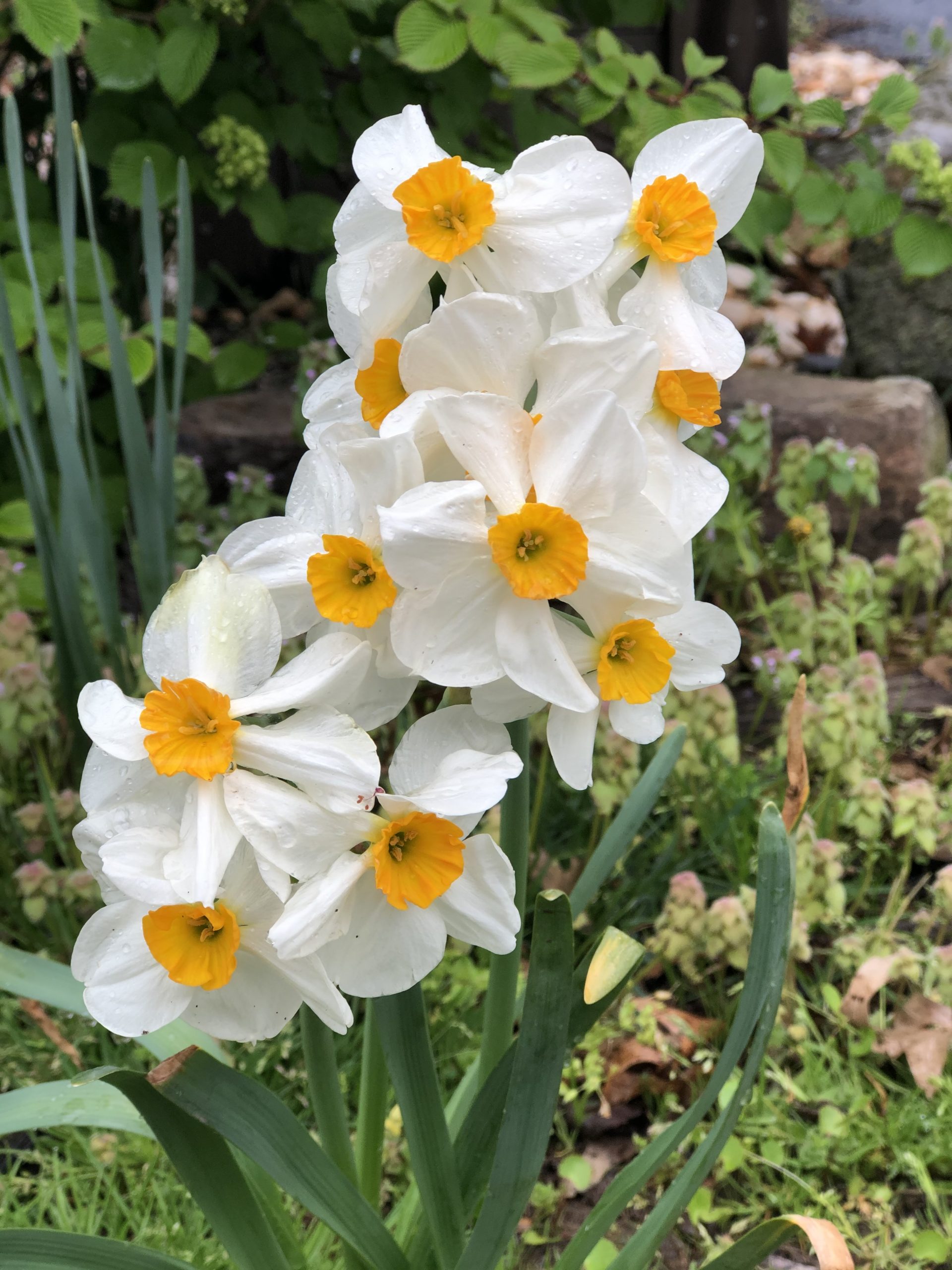 It’s National Unicorn Day. I didn’t see any one-horned horses, but then again I missed my walk for the second day in a row, so maybe they were out there prancing in the late afternoon thunderstorm. I did get outside to take pictures of just a few of the variety of daffodils Hubby planted all over the property. I never get tired of looking at these. Enjoy!

I had a looong chat with a family member about an issue that will require intervention, but the clear resolution isn’t going to be easy for the key players—the one who’s the problem and the other one who’s enabling the problem, for understandable reasons. It’s a situation that will require tough-love, and the person who needs to practice it the most is hampered by other issues (many of which will probably away after said tough-love is employed). I’m somewhat of an outsider on this, making it easy for me to dole out the “solution,” yet those involved keep turning to me for guidance and then not trying my suggestions. They throw their hands up in defeat, allowing the problem to continue without consequences and, by extension, giving the problem no incentive to behave differently. The breaking point is nigh, I fear.

It’s also National Winston Churchill Day (in America), when President Kennedy made Churchill an honorary citizen. Even though his mother was an American, apparently that wasn’t good enough for our government. I leave you with one of Churchill’s thousands of wise quotes: “Success is not final; failure is not fatal. It is the courage to continue that counts.”