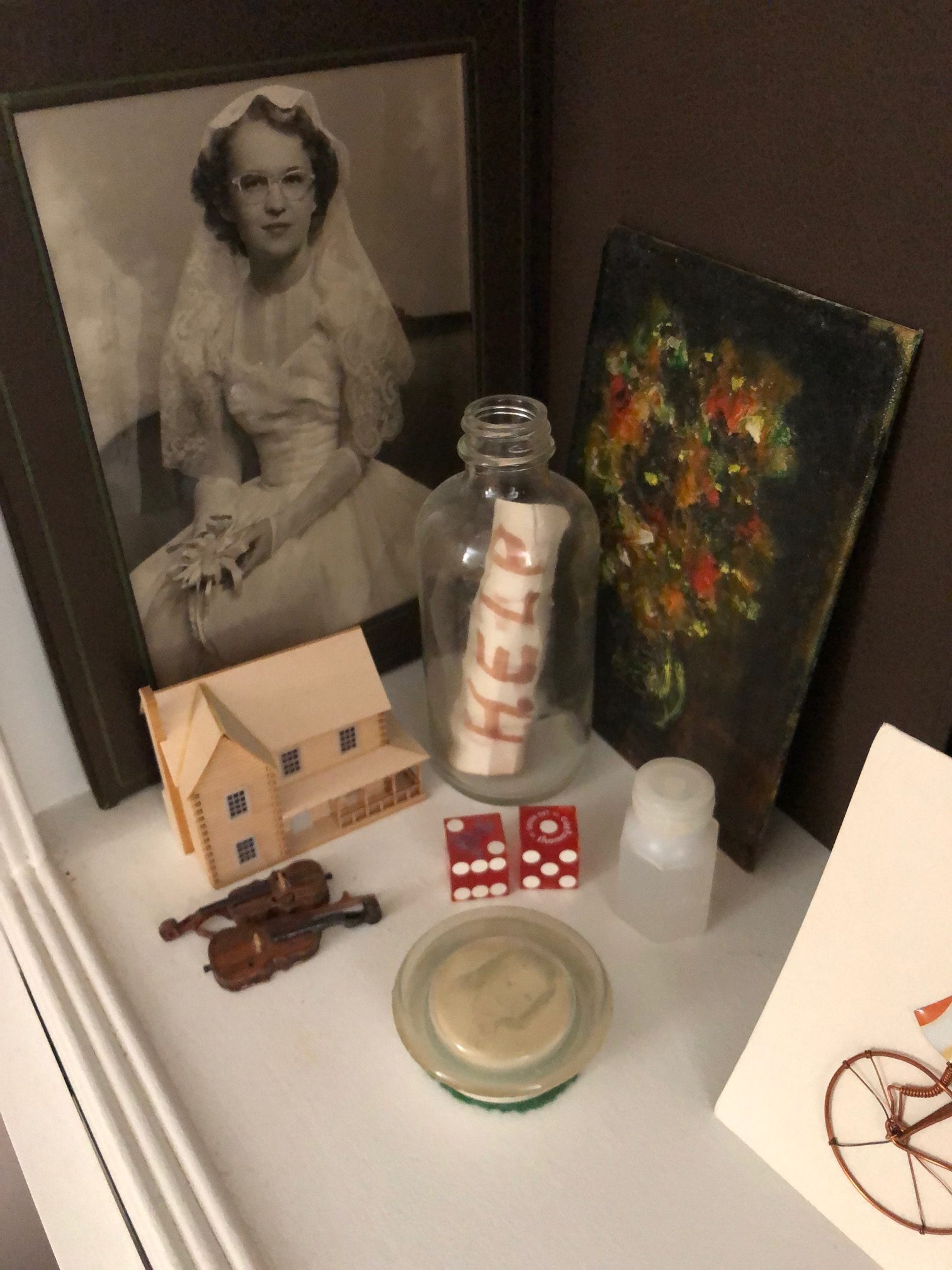 Eight years ago today our beloved dad passed away. The poet Rumi called the day he would die his marriage with God. I know Dad would like us to think of his passing as such. He would want us to think of it as the day he was born again, not the day he died. I miss him, and with each passing year I don’t think about him as much as I used to during the first year after he was gone. It’s funny to think that I will live close to half of my life without him. Nothing left but good memories now, and I keep a few of his tchotchkes lying around, an odd but amusing assortment of things in a corner of my office shelves:

I had a nice chat with Mamacita, who’s been sweltering in the heat of her room; there’s no aircon in the old building. She has a fan, and they’re trying to install a window unit that won’t blow the fuse—which happened. She’s happy because my sister brought her a cool, cotton nighty for more comfortable sleeping. Makes me just want to hug my little mama who, I’m sure, is cute a bug in a rug in her nightgown.

The contractors finished the plumbing and promised to correct their error of routing our dryer vent next to our patio picnic table. Rerouting dryer exhaust out the side and turning the hole into an electrical outlet for fan to help keep the mosquitoes away. Next week the electricians come to unleash miles of Romex, put in outlets, switches, and recessed lighting bases.

Went for a walk and came home two cold bottles of water richer, thanks to my little neighbor pal, who’s started a new enterprise in his driveway.

Today is also World Elephant Day, and I tip a tusk to these giant wonders of nature, whose company I got to experience in the wild many years ago on a safari in Botswana. No elephants in our garden; just sunflowers and corn that are both higher than an elephant’s eye, along with flowers, tomatoes, cucumbers, and peppers. Every day a harvest.