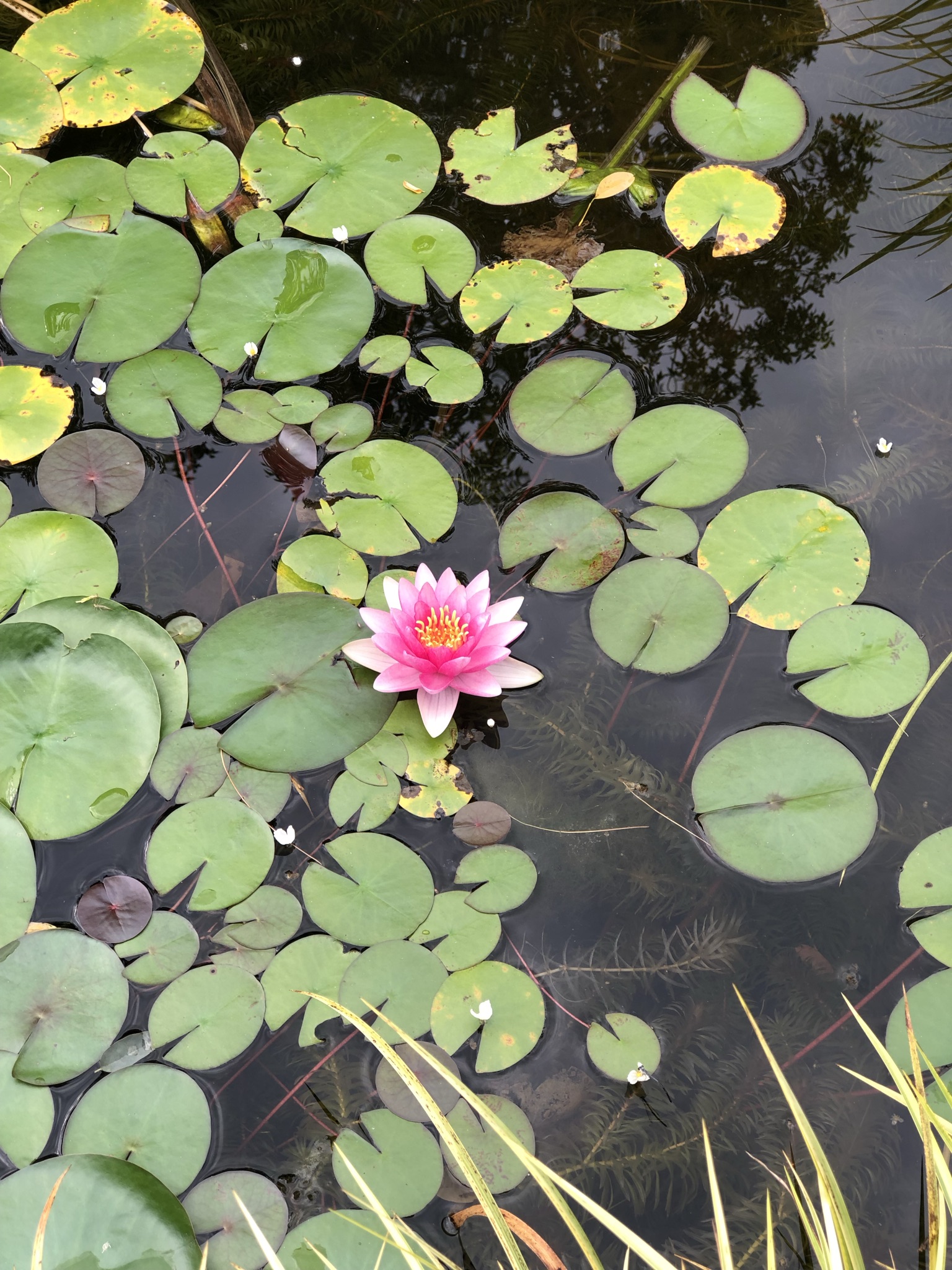 So apparently last night I was so pre-occupied with cleaning up the flooded porch that I failed to notice that half the neighbor’s white pine crashed across the fence and landed in our garden. It happened while we were at the grocery store last night. It was one giant forked limb, which, upon seeing it down, was obvious had been previously injured. The garden damage report is as follows:

Hubby was the one who finally noticed later in the evening. He rushed into the office where I was busy teaching myself how to use the Audacity software to finish my guided meditation recordings (until 1 AM). So while he inspected the damages, I drove around the block to the neighbor’s. The first thing he said when he opened the door was, “Yeah, I know.” He had been out inspecting the damages when I was cleaning up the porch. He assumed I knew about the tree and thought, “Wow, Sarah’s taking it pretty well. She doesn’t even seem to care.” No, she was just completely oblivious.

So this morning Hubby rented a chainsaw and got to work. I donned my safari wear to protect from bugs and flying wood chips and went out to join him. The neighbor climbed over the fence to help us drag all the debris to dump back in his yard. We had that sucker cleaned up within an hour, while the neighbor spent the rest of the day cutting it up to be hauled away.

It felt like old times back on the farm in Scotland: Hubby cutting up a tree while I hauled brush and log rounds. Only the air temperature was about 40 degrees warmer and the humidity double—and instead of midges, we battled mosquitoes.

The garden looks a much different place now. We left the corn cobs for the raccoons, and Hubby had the newly empty beds replanted by day’s end. While he toiled in the muggy climes, I went back to Audacity. Later, I biked to my sister’s to check on the plants while they’re out of town. On the way back I checked out our local metro station. For some reason unknown to most people around here, the stations that were completed a few years ago still haven’t opened. The only signs of life were families of geese with their nearly grown offspring milling about and crapping everywhere.

A quiet evening binging on “Virgin River,” which Hubby even wanted to watch. At least we still have a home. No one was hurt, apart from the plants. I’m thinking about all those people who’ve lost their homes to hurricanes, tornadoes, floods, forest fires, or evictions. Counting blessings.