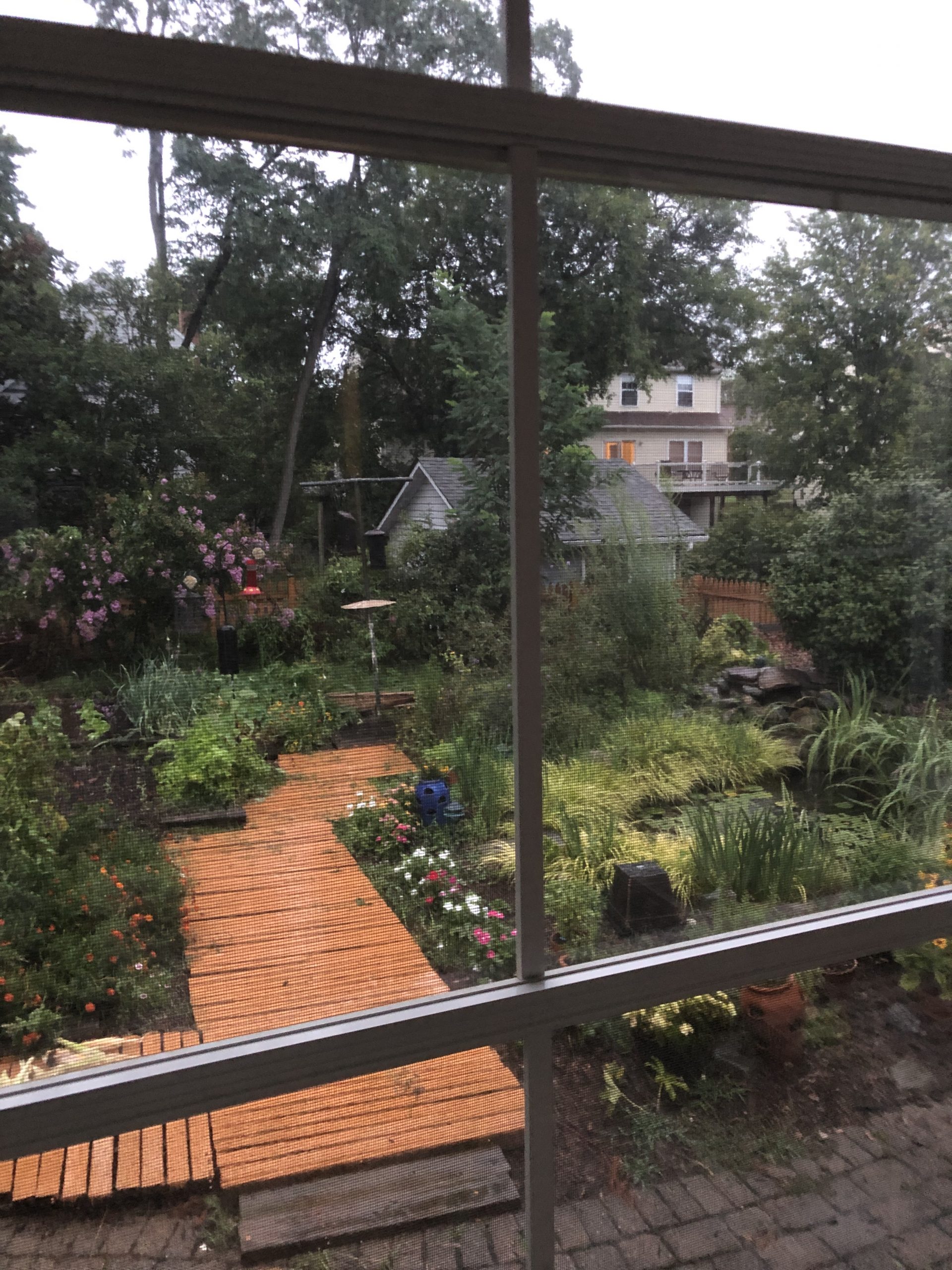 My rain dance worked. We’re in for a soggy week, but this gal ain’t complaining. The basement doesn’t leak and the garden is satiated without our having to lift a hose (which means I don’t have to be skeeter bait either). It also means I’m less inclined to go out walking, which I desperately need to do.

The electricians started today and discovered a non-code hookup that Contractor #2’s team committed when doing the basement doors and windows. Contractor #1 will fix it and charge me for the privilege, which means Contractor #2 will be getting a request from me to deduct it from the next jobs he’s lined up to do—if those every happen before the snow flies. It appears carpenters are hard to come by these days because of the building boom, and they can pretty much name their price or be lured with sweet hiring bonuses. I’m glad they’re doing well, even if it’s a bummer for homeowner’s who have to wait their long turn in line to get work done.

It’s Monday, so it must be office day. Another guy was seated in the row of desks behind me—it’s getting downright crowded there with two of us now within the same half a football field of open floor plan seating. Although I don’t think the company is going to be forcing anyone back anytime soon, I should start getting used to sharing office space again! Joking aside, it’s nice to see other life forms occasionally. Speaking of jokes, it’s National Tell A Joke Day. What do you get when a virus encounters a mask? Nothing. What do you get when a virus doesn’t encounter a mask? Illness. Wear a mask, people. (That’s actually not a joke.) A lot of emotions are on high alert as the company moves toward a policy of get-the-jab-or-find-another-job. We’re headed for even more interesting times.