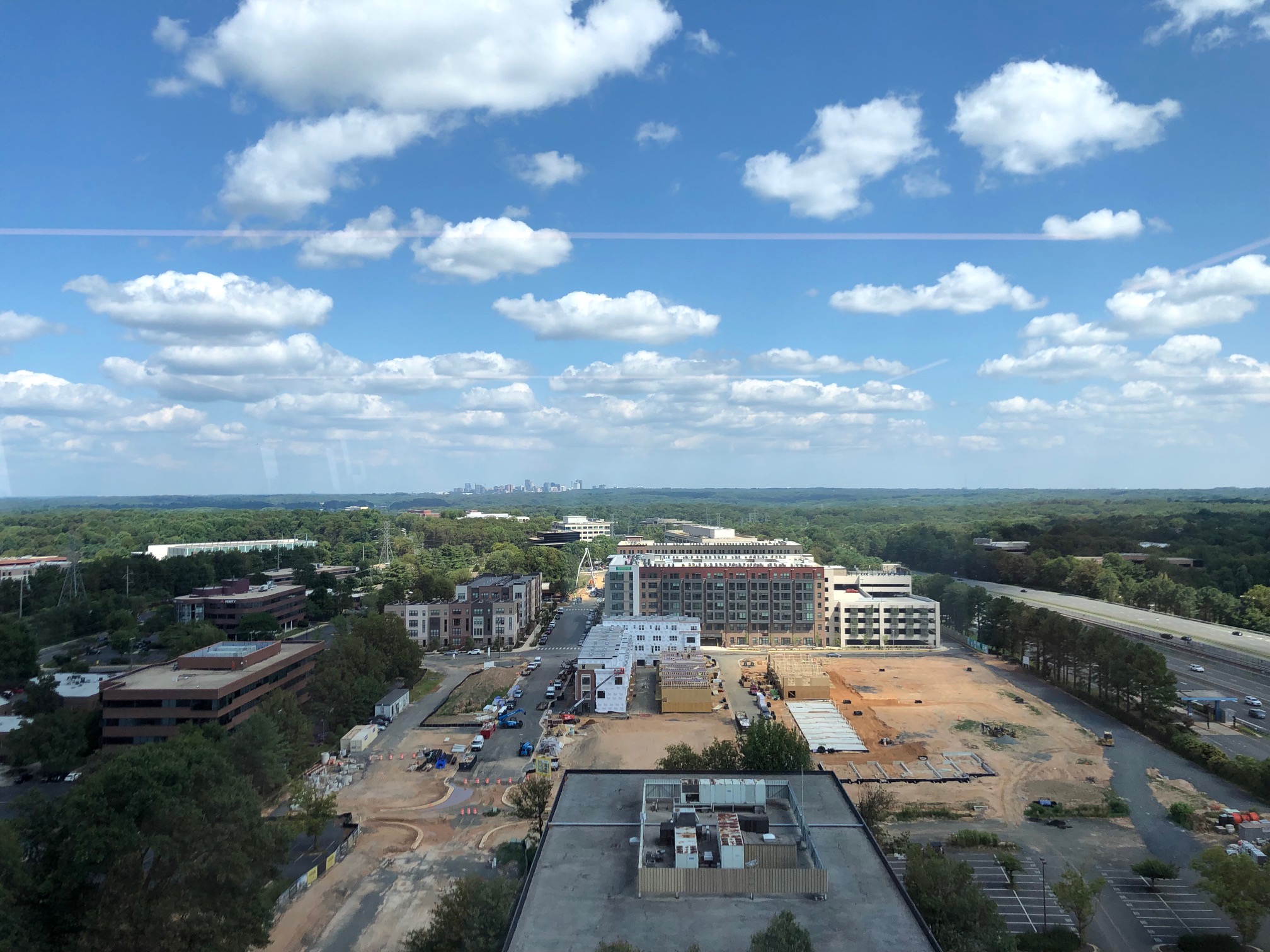 Spent the morning working at home, with my cleaner for company. She’s a neighbor, and she’s originally from Paraguay. Her father turns 102 next month, and she’s hoping to get down there to see him, although she’s not hopeful given the Delta situation and quarantine rules. She tells me stories and shows me pictures of her homeland, which has always been on my list of places to visit.

Contractors are taking a couple days off before they start making noise again on Wednesday cutting holes in the concrete floor for plumbing. Went to the office just in time for lunch and spent a quiet afternoon actually getting some work done after the computer fiasco on Friday. The good news is my new laptop was shipped today from California. It was a ghost town on the floor I was assigned to (right next to my old desk again), but at least the views were nice. I’m expecting August to be relatively low-key, work-wise. Initially, we were told we’d have to return to the office at least three days a week beginning September 1; but now we’ve been given until mid-October—and that’s just a ball park. Doesn’t really matter much to me since I enjoy being in the office and at home. I’ll take what I get and do what I’m told. (Hubby, if you’re reading this, don’t make these words come back to haunt me on the homefront.)

A delightfully cool and low-humidity day. Went for an almost normal walk for the first time since Day Zero back in April. I even downloaded a new audiobook for the walk, something I haven’t done for months and months. I’ve been going through the whole series of Louise Penny’s Inspector Gamache; a brilliant storyteller and master at developing characters. The ankle didn’t hurt but my foot did from the awkwardness of the brace where it wraps around the bottom of my foot. I did about a mile and a half, which is a start. Quite keen to work up to five miles a day again and drop these convalescence pounds.