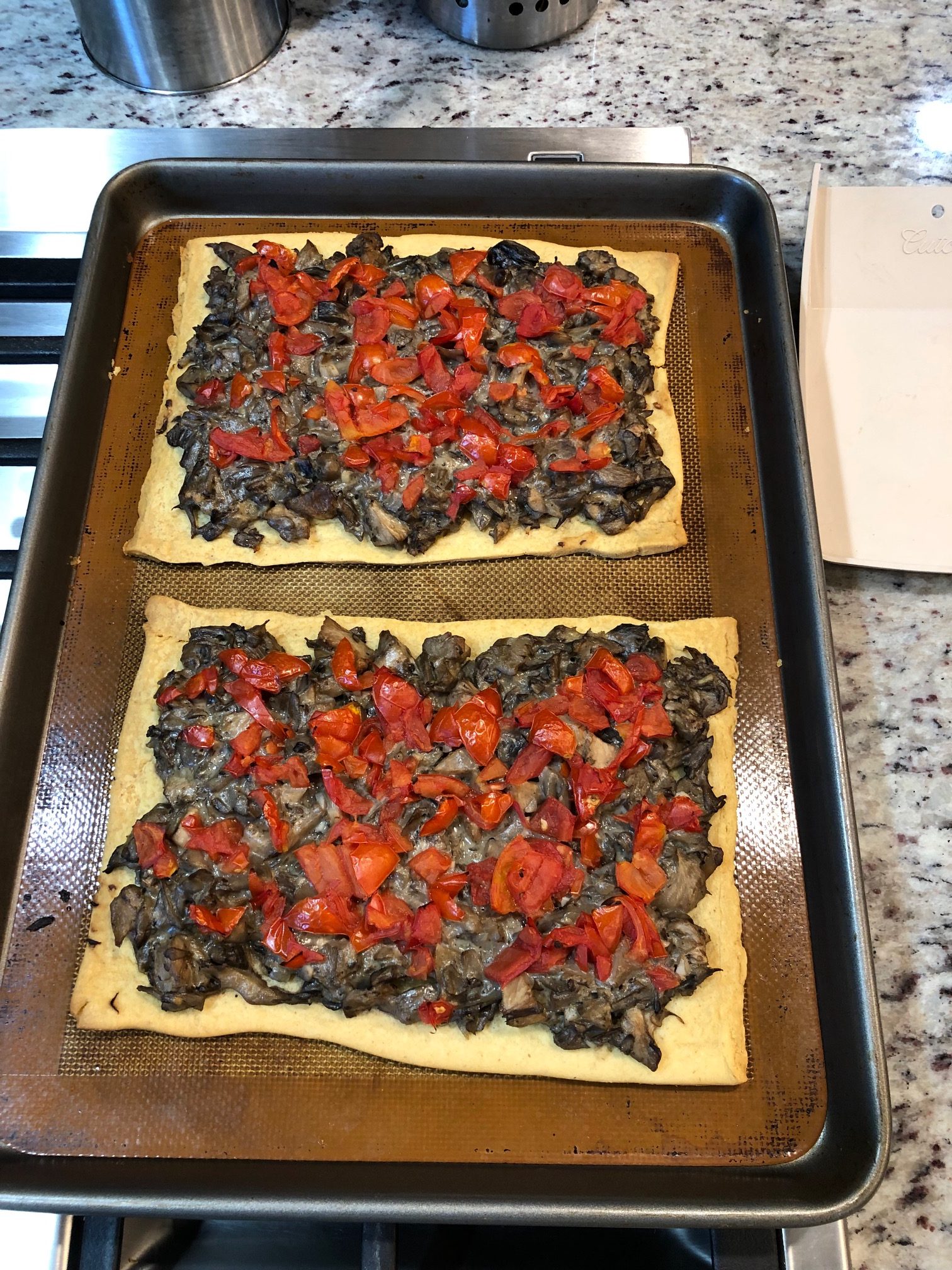 The contractors are making great progress on the basement. They started the insulation today and hope to start the drywall later this week. Once that’s up, it will really start to look more like a proper finished space. Otherwise, it was a slow day. I turned those mushrooms from my sister into a mushroom tart (on gluten-free puff pastry), sprinkling them with diced garden tomatoes. The salad was entirely from the garden: lettuce, chard, beets, cucumbers, and a green pepper. Does it get any better?

Went for a walk after supper, working up to 3 miles, while listening to an audio book (Inspector Gamache, the best). I saw three large fawns in someone’s front yard, no mother around. They caught wind of something—it wasn’t me—and darted off before I could get a picture. Triplets or just pals?

Talked to Mamacita, who said she spent some time playing the piano today. But she’s frustrated because her fingers don’t work well anymore, and she “hates sounding bad.” Ever the perfectionist. She wants to practice her scales to exercise her fingers but she doesn’t like that people mingling in adjacent hallway can hear her. Now I know where I got it from. I never did like practicing the piano when anyone else was home—and probably no one else liked hearing me practice either. Mama’s piano is now in my basement, wrapped in three layers of plastic, foam padding, and duct tape to protect it from the workmen. They’ve been using it as table to lay their plans on. It’s on a stage dolly, so is easily moved. Maybe after the basement is finished, I’ll sit down and re-learn to play. But not when anyone is home.