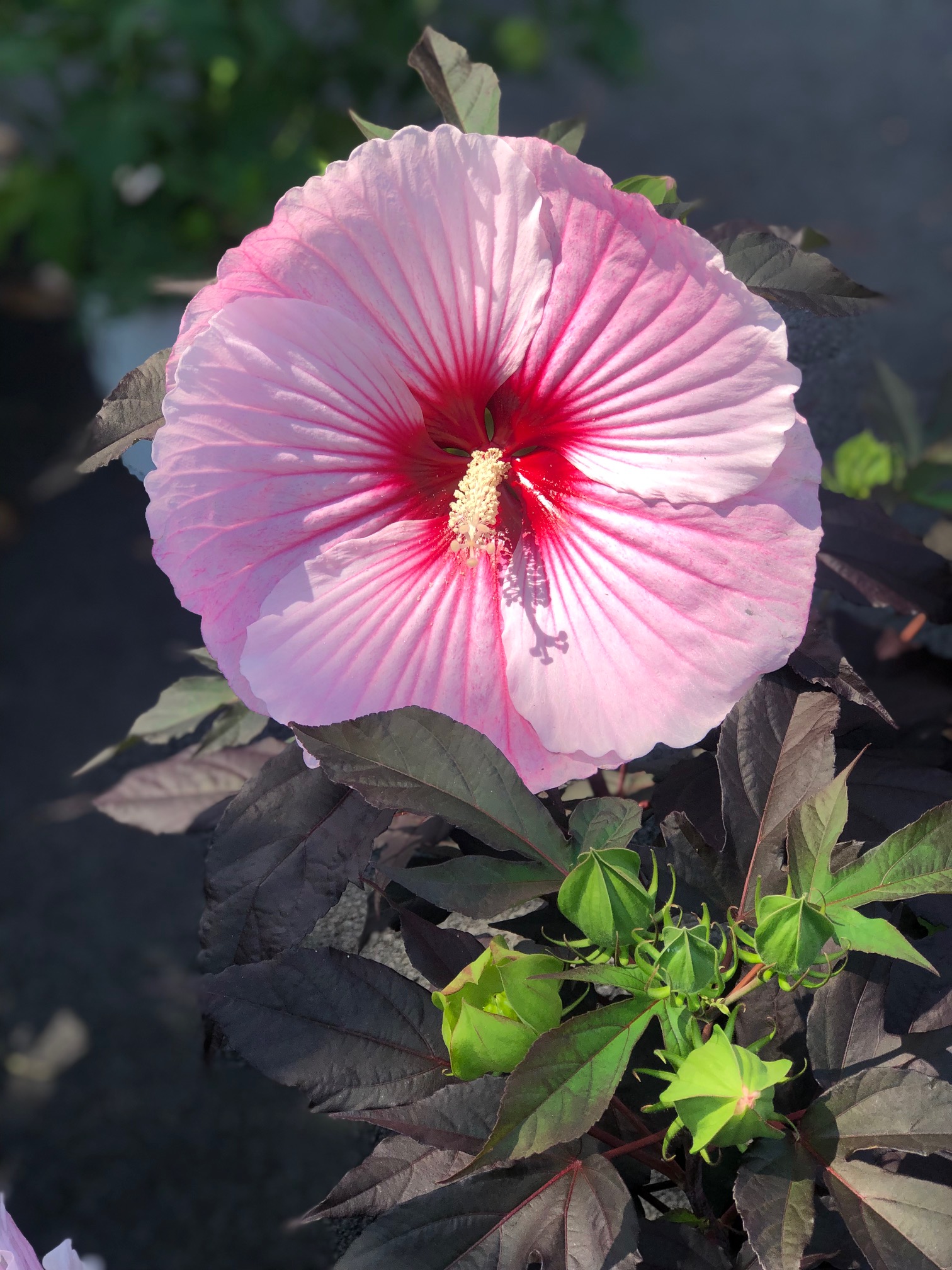 Packed a lot in today. I finished putting together all my guided meditations using the Audacity software. I’ll be uploading them to my website tomorrow. Quite proud of learning the software along with some sound engineering skills. Here’s hoping my listeners, if any, will enjoy the meditations. Hubby and I ran several errands in the awful heat and humidity, and then he headed for his garden. “I have to start thinking about winter growing now,” he said, while picking a bushel of tomatoes. I finished my pantry re-organization project, removing three bottom shelves on one of the baker’s racks to fit in the little chest freezer. No more carrying freezer food up and down the basement stairs. The basement project has given me house re-org fever, and I’m already eyeballing my next project.

Later in the afternoon I went to a block party at the neighbors on the adjacent street. The host family has a son who is turning five in a couple of days, and boy did this kid get a party: a slip and slide–pool for the kids to cool off on this beastly day, a Halloween-themed bat piñata, a brick-oven pizza truck (I will regret that in the morning), a large cake with purple frosting and interesting characters on top (did not indulge), a smaller “spit” cake, and lots of presents. The spit cake (which the birthday celebrant can blow the candles out on but that no one else has to eat) had one of those carousel candles that opens up like a petals on a flower when you set it alight. The kids all lined up to bash the bat piñata, getting to choose their basher of choice, which consisted of various plastic bats and one adult golf club. Much child wrangling took place to keep the kids who weren’t up at bat—or the tee—from getting bashed themselves. The piñata took quite a beating before it spilled its sugary and rubber-toy guts (yeah, it was the golf club that did it in), causing the kids to shriek and then scramble to get the prizes. I met another family who lives just a few houses down from us and reconnected with some people I first met at the last block party in late spring. It’s a nice group of folks, and I’m glad one of them started the idea of getting together, and inviting us tailgaters on the next street over.

Yesterday was International Lottery Day, so I bought a couple tickets today ($300M+ in the pot). They say the lottery is a tax on people who are bad at math. Mea culpa. I say you can’t win if you don’t play. Hubby said he’d divorce me because that much money would make us unhappy. Says he’d take only one million and leave me the rest, then we could get back together years down the road and see who was happier. I told him he’d be miserable without me. I’m pretty certain having $300M wouldn’t make me miserable—and I’m willing to test that theory.