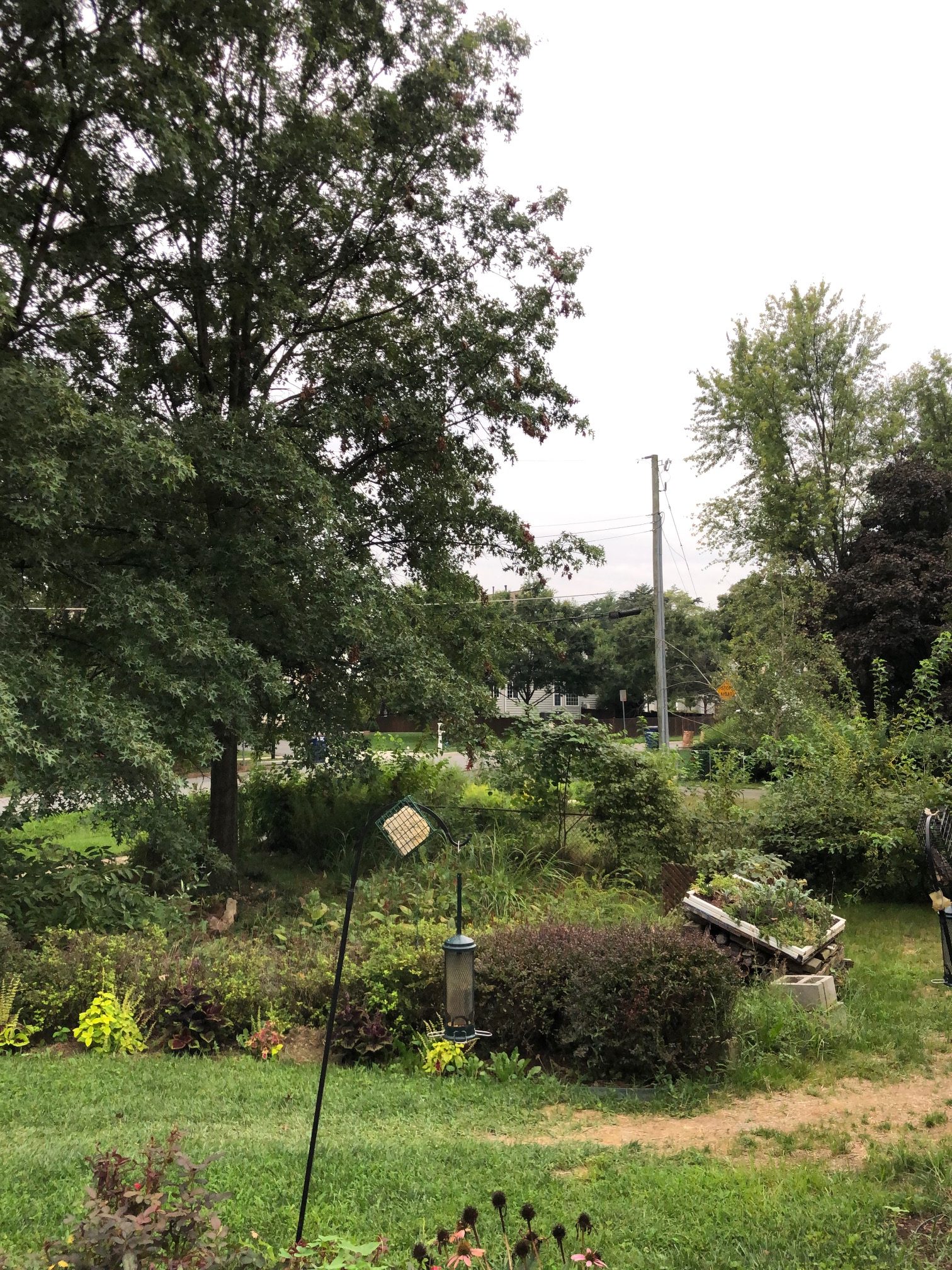 Gloomy all day, with the skirts of Hurricane Ida making her way up toward the Midatlantic, soon to dump buckets of rain on us for the next 24 hours. If the basement starts leaking now, it will be expensive to fix. The drywallers returned to put more goop on the walls. They hope to begin sanding tomorrow, which I’m not looking forward to for all the dust, even though it’s mostly contained. I went in the basement today to check out what they’d done after they left, and the dust is already thick in the air, enough to burn my eyes after a few minutes. We’re still another two months away from completion.

Got a massage this afternoon then spent the evening with Hubby doing one of his puzzles. He got off work early and so went for a 10-mile run. No foot pain, but he came home exhausted and hungry.

Can’t believe tomorrow is September already. I was just getting ready to pinch & punch via email my friend in Wales (it’s legal because it’s past midnight her time), but then I get this text from her, pinching and punching! She’s in France at the moment but said she couldn’t sleep for the heat, so naturally she thought she’d catch me out. I consulted Hubby about these rules, and he confirmed it was, indeed, legal since it’s after midnight her time and hence the first of the month. And here I was just minutes from getting the jump on her. Hubby warned that I had better not wake him up at 5 minutes past midnight our time to pinch & punch him. We agreed that waking the other person is against the rules. I’ll see whether my 2-month winning streak will turn into a 3-month coup.

I did a little research on the origins of this tradition (copied from an online English newspaper article):

Salt was meant to make witches weak, so the pinch signified the use of salt to weaken the witch, while the punch was then administered to banish the witch for good. Saying the words “pinch punch for the first of the month,” therefore became a way of welcoming in a new month and protecting yourself from bad luck. According to playground rules, your pinch and punch has to be followed immediately with the words, “White rabbits, no return.” By saying so, it means you can’t be pinched back. There are claims it was widely used among RAF bomber aircrew during WWII, who would say “white rabbits” after waking up to protect themselves. If someone just gave you a pinch and a punch this morning (and forgets to follow it up with a white rabbit), don’t just punch them back – the correct protocol, which originated in the West Country, is to respond with: “A flick and a kick for being so quick.”