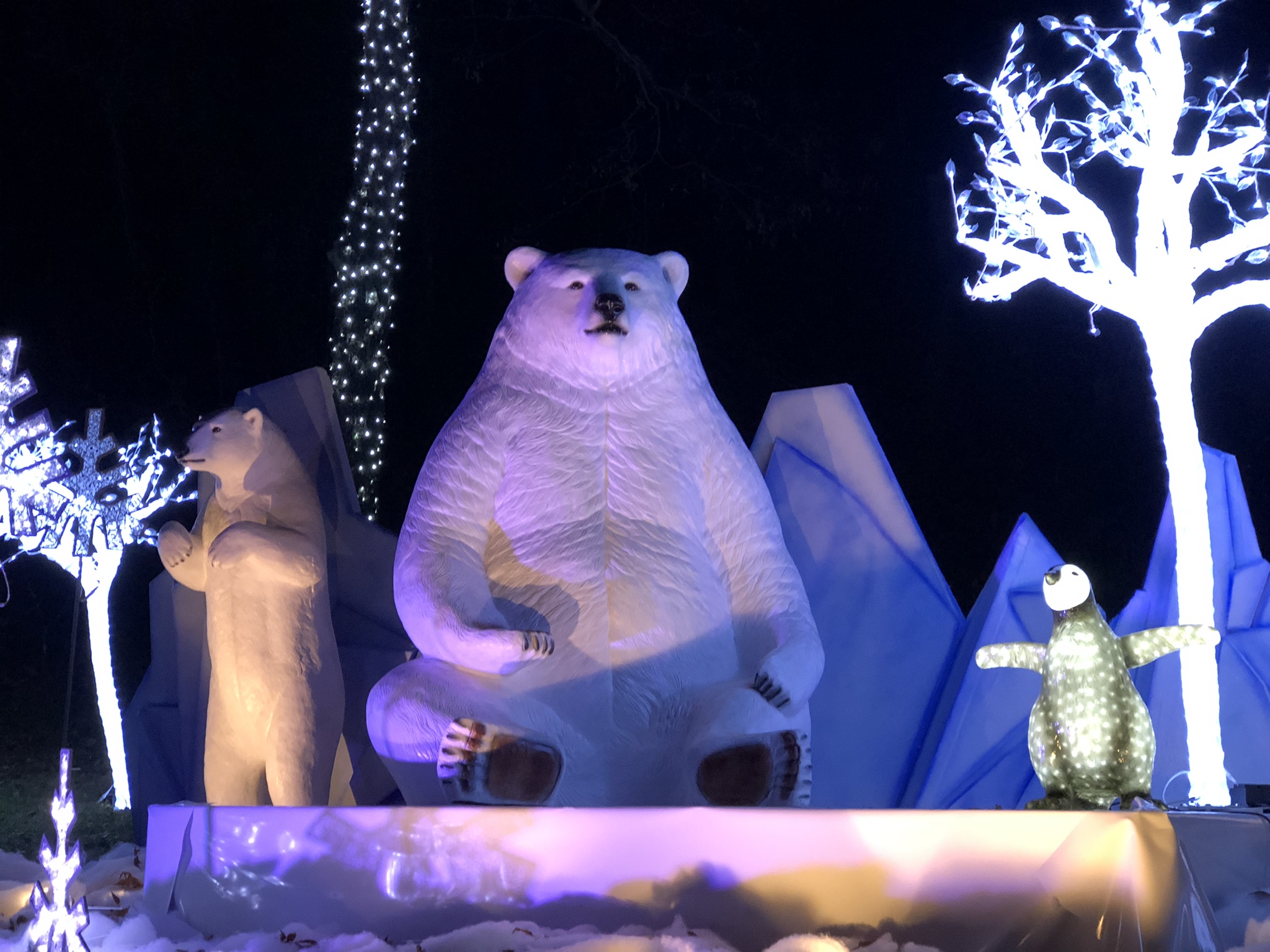 Yoga day in my forest room. As I was practicing during my online class early this morning it really felt like I was among the trees. It’s a nice way to start the day. And a good way to end the day was to spend it at one of our favorite parks, which has just this year gotten into the Christmas lights game. They laid out 1 mile of lights, lit trees, characters, mini towns, toy soldiers, and all sorts of other tableaux, complete with music. There was also a food and drinks area and plenty of places to have your photo taken…in front of elves, sleighs, animals, over-sized toys, you name it. No Christmas lights display would be complete without polar bears juxtaposed with penguins, even though these two species live on opposite poles. And we even saw a token Black elf—reminding us that it’s not just a White Christmas! Brown people were represented with a gingerbread person collection. I guess they tried to be diverse.

Partly jacked up by having eaten too much sugar today, and partly because it was so much fun dancing around the whole display, Hubby and I went around twice. The second time we stopped to have a cup of mulled wine, which was fortified with extra alcohol, and which Hubby drank because I was driving home. My splurge was a s’mores hot cocoa with graham cracker.