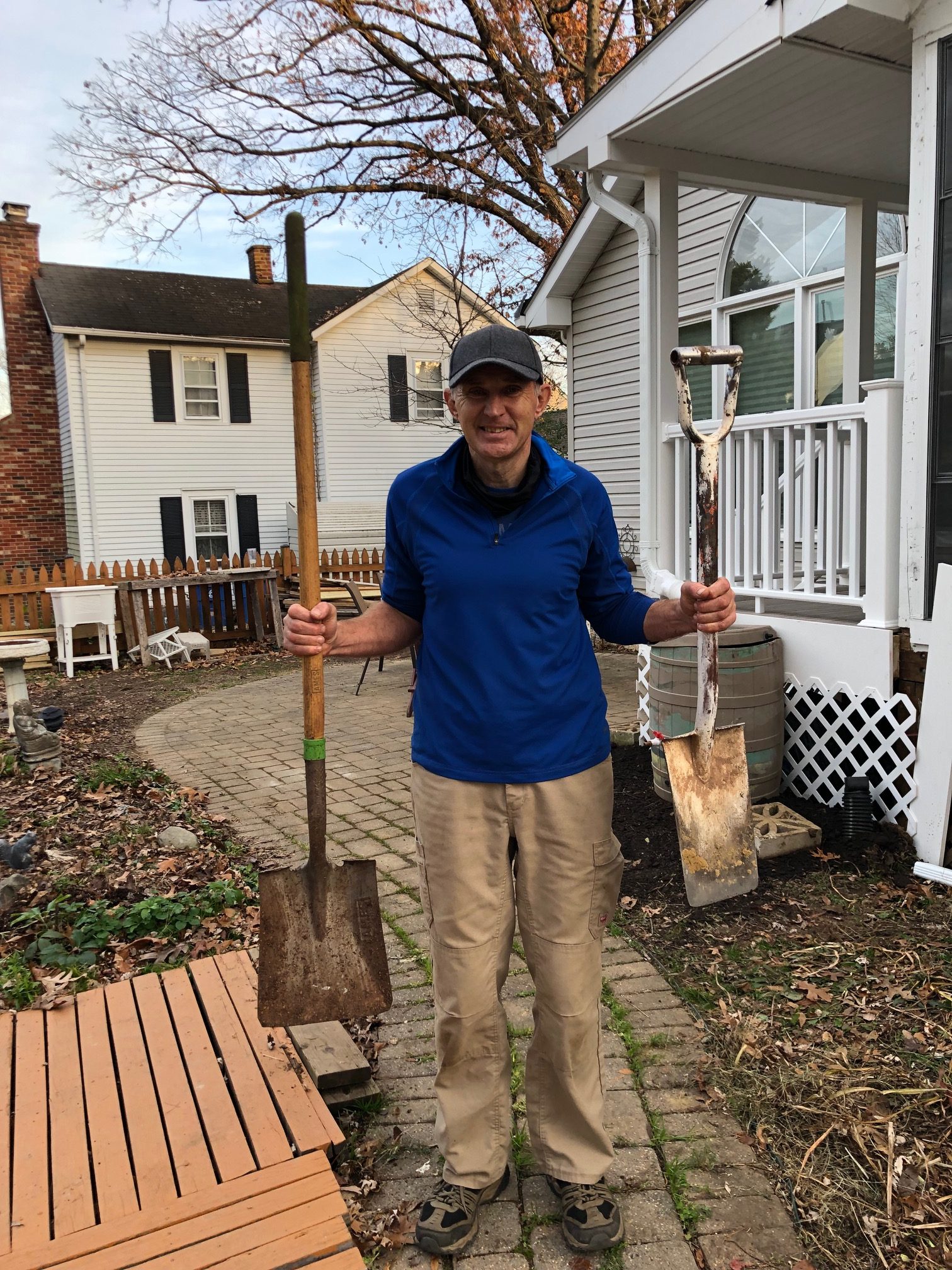 It’s World Wildlife Conservation Day, and I’m thinking about where I’d be now and what I’d be doing if I had worked in the field of wildlife biology, which I studied in college. Back then I had big dreams of teaching young people about wildlife conservation and of teaching people to how to teach others about the same topic. I didn’t get very far, going back to graduate school in journalism—and writing about the topic for a while—before ending up in a field that existed for probably a handful of people when I was in college, and certainly not in the same manner as it does today. I keep thinking about someday getting back to my first love.

Spent most of the day tidying up around the outside of the house, messes left by contractors but also cleaning up the garden for the winter, installing lattice around the new deck and figuring out where we want to store outside things for the winter. We also scored a freestanding pullup bar and workout station on Freecycle. The woman who was giving it away is moving to Texas and didn’t think she could take it with her (it’s huge and will have to stay in the garage since the basement ceiling is too low). We had to dismantle it in her house, surrounding by what looked like 2 years of dust and dog hair buildup on her floor, including on the contraption she was giving us. So now it’s dismantled in our garage until there is space, which will happen when the bathroom fixtures are in place. Spent a few hours this evening trying to reassemble a child’s easel, which I bought as a sandwich board announcement for a book signing event but now I want to get rid of. There was a good reason for taking it apart, but putting it back together was an exercise in cursing. There are parts left over, but I’ll leave that to the next owner to figure out.

Tomorrow we’re taking time off to chill on a long hike in the mountains.