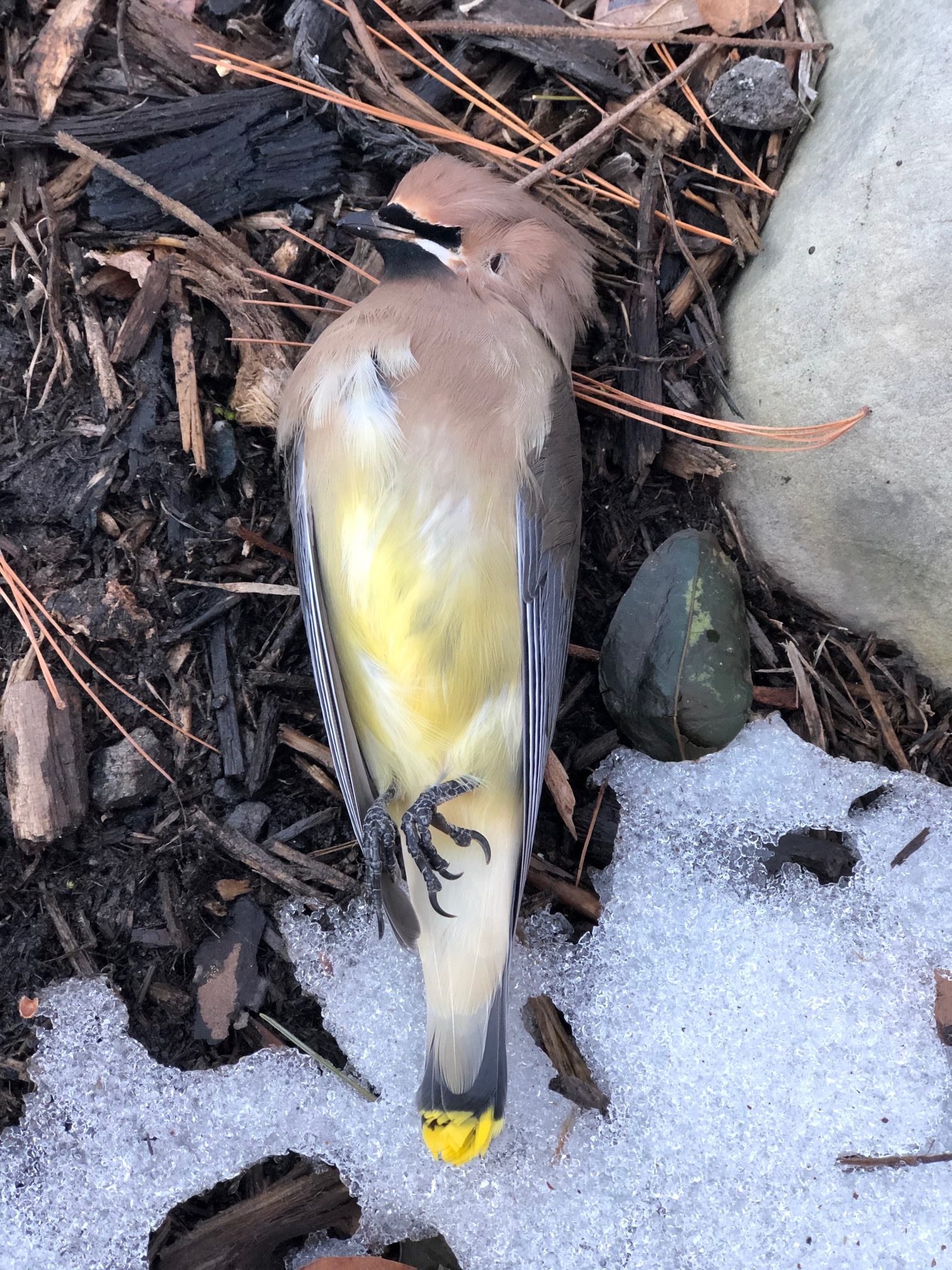 The one thing about being a (former) wildlife biologist is that your freezer sometimes becomes a cryo-crypt for dead animals. I’ve been keeping this cedar waxwing in my freezer since November 2019, meaning to give it to a friend of mine who’s an ornithologist at the Smithsonian’s Natural History Museum in DC. She’s been the recipient of a dead woodpecker and a hummingbird, all of which—including my waxwing friend—flew into our window and broke their necks. She has her crew prepare the bodies for the Smithsonian collection. I had the privilege of touring the back rooms at the Natural History Museum, where she works, and seeing drawers and drawers loaded with stuffed birds. I even got to see the stuffed body of the extinct ivory billed woodpecker. My friend said they had “loads of waxwings” and didn’t need more. She advised me to put the little guy out for the foxes. It broke my heart, almost as much as when it first hit our window and died, but the fox might appreciate an appetizer. At least I won’t have to keep moving it around in the freezer to keep from getting squished every time I put new things in there.

We’ve put decals on our bank of windows to break up the reflection of sky, which is supposed to prevent birds from flying into them. Supposedly the decals were “endorsed” by the Audubon Society, but some birds didn’t get the memo. Occasionally I hear the tell-tale thump of a bird and run to check whether it’s okay. Fortunately, more times than not, they’re just stunned. But three times now, a bird had died in my hands.

Spring arrived today in the front of our house (south-facing); daffodils are popping up. In the back (north), it’s still icy. We can barely squeeze out the back porch door because of the ice buildup on the decking. Even our rain barrel is starting to thaw—and overflow. Bring it on!