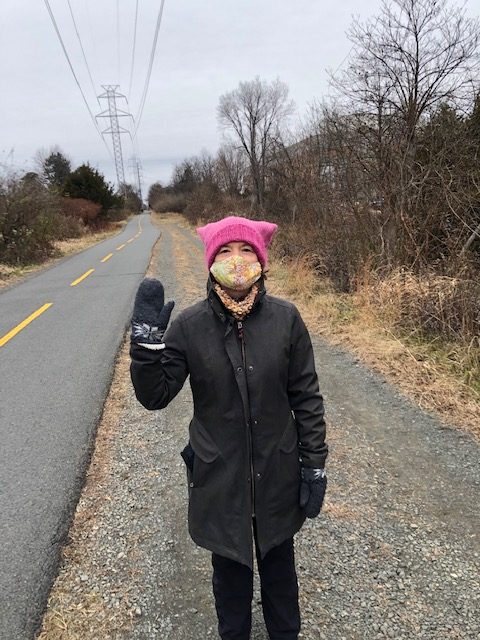 Back in 1986, my good friend Ruth, an Englishwoman, taught me this game she calls P & P. Here’s how it’s played: As soon as you wake up on the first day of every month, you say “pinch punch, first of the month” while gently pinching and then punching your partner or friend on the arm. The first one to say it is the winner. Yeah, I know, what’s the point? It must be an English thing because when I met the man who is now my hubby (an Englishman), he and I played it—and still do. I guess it’s sorta like being the first one to say “jinx” when two people say the same word simultaneously. In other words, pointless and silly but a little friendly competition between mates.

As two people who like to engage in pointless competition, we’ve had to develop some strict rules because P & P has become quite cutthroat in our household. One of the rules is that both people have to be awake. This rule came about because Hubby started cheating (this is my blog, so I can point the finger without fear of retribution) by p&ping me in the middle of the night, even when I was asleep and didn’t know it. So now, if the would-be p&per wants a stealth attack at say 3 AM, he or she has to ask the victim if they’re awake first. The second rule is that you’re disqualified if you p&p before the actual first of the month. Basically, we’ve become so over-zealous about getting the other person, we’ve each been known to jump the clock. Also, I’ve lost a few times because I forgot the date or forgot to take into account leap year.

It’s bad enough having to be on my guard with Hubby, but my friend Ruth STILL plays it with my over email! And she STILL wins more often than not. The only time I beat her to it is if I can remember to shoot off an email before I go to bed the night before. She’s five hours ahead of me, so technically I have the advantage of time but she has the advantage of having a better memory, which means that I can be guaranteed an email when I wake every first day of the month from her, the subject line: “P & P.”

This month however, the first day of the first month of what we all hope will be a much better year, I decided to call a truce with both Ruth and Hubby. Hubby and I were both awake a few minutes before midnight and we counted down to zero hour, agreeing that we would both p&p each other together. This reminded me that I hadn’t yet sent Ruth and email, and not wanting her to get the upper hand, but also in the spirit of goodwill, I emailed her, saying, “let’s both win today.” Don’t get the wrong idea; there’s no way I’m calling a truce—either with Ruth or Hubby—for the whole year! I just thought it would be a kind gesture to start the New Year with.

Hubby and I also started our New Year with a walk along the W&OD Trail then we made a frittata, the first ever (feta, red pepper, mushrooms). We took down the Christmas tree, and I did my usual January 1 routine, which was de-cluttering my office to make psychological space for the year. This is going to be a year of intense writing, which includes publishing at least two books. Can I do it?