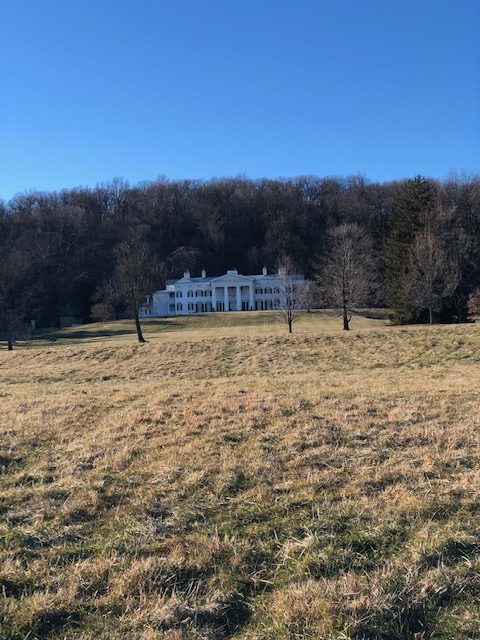 Temperatures plummeted today but the sun remained strong. Walked 3+ miles in one of my favorite places, Morven Park. Since moving to the East, 20 years ago now, I’ve been intrigued by this odd fruit produced by the osage orange tree. Interestingly, the tree is supposedly native to a small range in Texas, Oklahoma, and Arkansas, but now it’s prolific across much of the East. The fruit goes by many names, including monkey brains, which I like because it does indeed look like brains. It’s a little larger than a baseball and I’d hate to be standing under a tree when these things start falling. Apparently it contains latex, so it’s not edible—at least for humans—although some animals do indulge. I recently learned the largest Osage orange tree in the country is in a neighboring town. Duly noted for a visit, maybe even tomorrow.

Some other discoveries on our walk: a well picked-over deer carcass, some wild turkeys, and a chance conversation with a beekeeper who has three hives in the park. He came out to check on his babies, reporting that they were all tucked up in to a large ball, but they had made an appearance earlier in the week when temps rose to the 50s. The conversation piqued Hubby’s interest because he’s been trying to persuade me to let him raise bees in our yard. Our yard isn’t that big and I’m worried that bees might become a problem. Attempting to put my concerns to rest, Mr. Beekeeper said, “They wouldn’t be a problem at all. Sounds like you have the perfect place for them, with all your gardens and flowers.” This comment turned Hubby’s head my way, a large grin on his face, which I could read like a book. We may be beekeepers come spring. Watch this space.