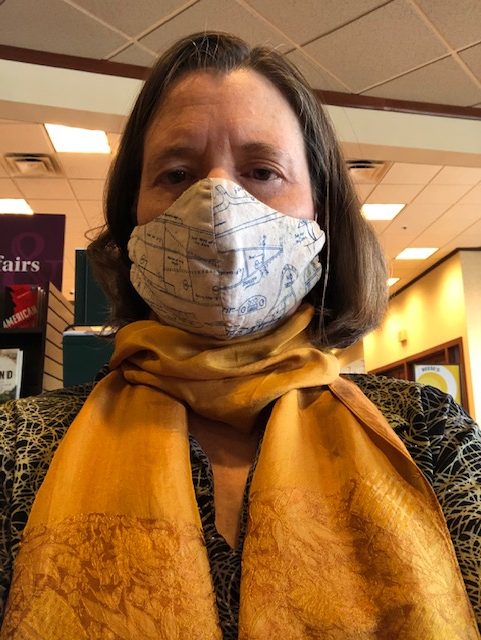 Today was National Eat Ice Cream for Breakfast Day. No, I didn’t; not because I didn’t want to but because I’m trying to wean myself off sugar. Ice cream is a major vice. Instead, I met a friend for tea at a Barnes & Noble café. I hadn’t seen her in about a year. She is someone I knew from Montana, my first roommate in the first house I ever bought. She left that house to move to Washington, DC, to take a dream job with the Smithsonian. Neither of us ever thought I’d end up living in the DC region nine years later and that several years after that, she and I would end up working in the same office building; she for the National Park Service and I for a private company. It’s always fun to catch up with her and particularly fun to socialize again. Bonus: I got to wear dress-up clothes, including a scarf and leather knee-high boots that I bought in Scotland a few years back. I can count on one hand the number of times I’ve worn something other than a T-sheet and jeans since last March. The mask clashes, though.

Found an interesting botanical object on my walk today; no idea which plant produced this tiny lacy sphere, but it’s a work of art. The remains of a seed that was once solid? There’s one particular section of the creek I walk along that is tinged an unnatural shade of green. I’ve been noticing it for months and wondering whether it’s caused by an overgrowth of algae. But in winter? Both mysterious and disturbing. This pair of mallards, not floating on the green section, were the first I’ve seen since last fall. Probably checking out the nesting real estate for spring.