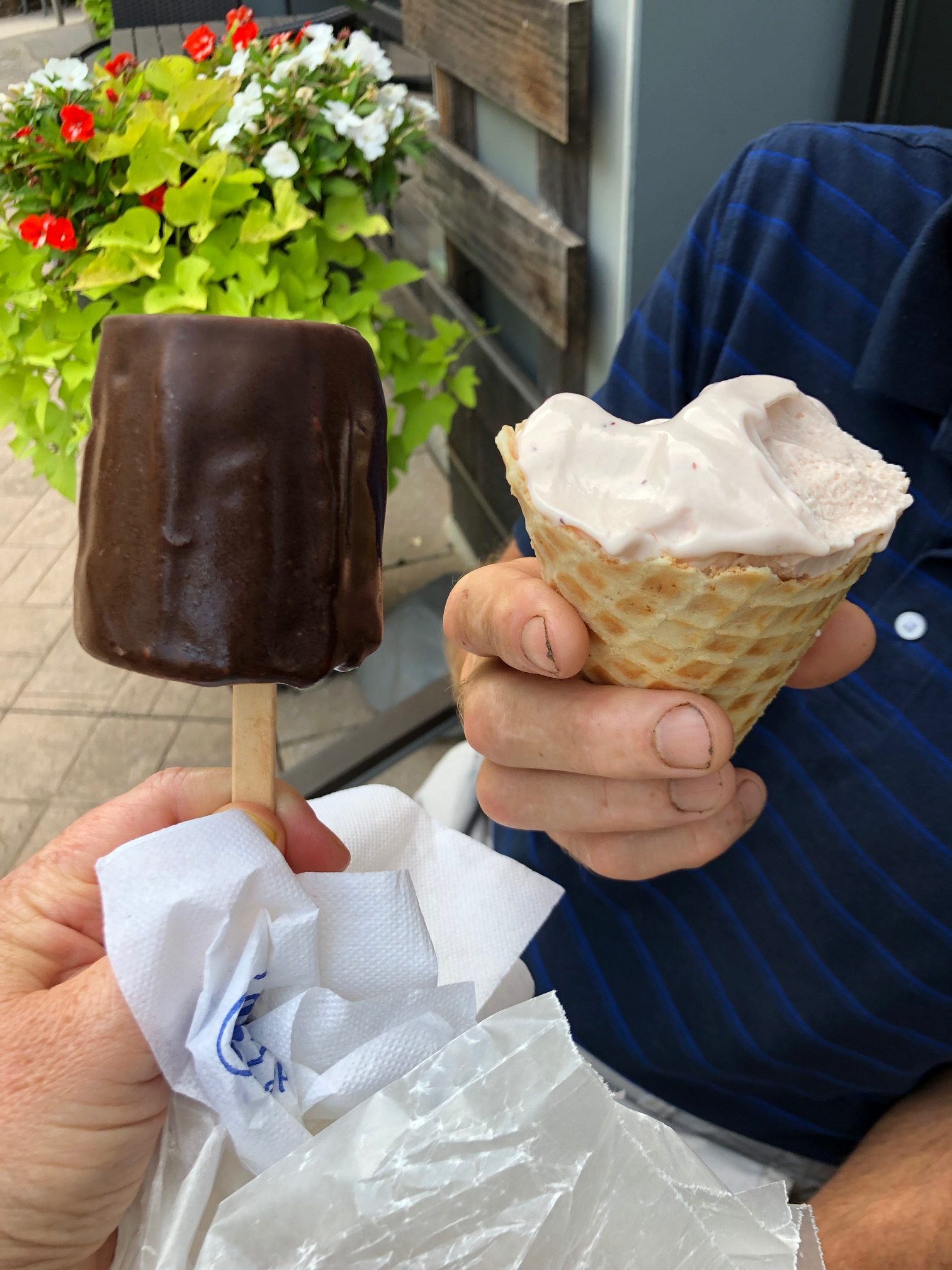 Much quieter today compared with yesterday, and not so hot or humid. When we opened the blinds in our living room we were greeting with bright morning sun coming from the east side of the house where the neighbors took all the trees and greenery down. The morning sun is nice, and our north-facing living room isn’t dark now. But we’re feeling exposed without the privacy wall of vegetation. Their plan is plant red-cedars or a Leyland hedge, which would grow fast and give us privacy in a couple of years. The birds came back this morning, although if I were to interpret their behavior, I’d say they were looking a little confused by the landscape changes as well.

I spent the day making green drinks for the week from the garden’s harvest, delivering some veg to a friend, and going for a bike ride through some neighborhoods and the cemetery. Hubby’s foot was really aching, so I strongly encouraged him to rest it and not spend the day in the garden. With the nice breeze and the cooler temps, though, it would have been a perfect garden day. I’ve accepted it’s a write-off for this year, apart from the vegetables and flowers. All the borders and other areas that need attention will have to wait until fall or winter.

In the early evening we went for a drive and ended up at a large county park along the banks of the Potomac River. Many people were just coming into the boat launch, after having spent the day on the river. Lots of folks were still out walking or enjoying get-togethers in picnic shelters. On the way home we stopped for Abbot’s ice cream (it’s National Ice Cream Day).

For the better part of the day I’ve been bothered by a run-in I had with a neighbor yesterday, who said some completely uncalled for and inappropriate things to me based on something he thought had happened to a tool I borrowed (but which didn’t happen, and now he knows that). It was a massive nothing burger on top of which he placed a heap of nasty condiments garnished with vitriol. I talked to his wife about it, who wrote it off as one his drunken episodes, apologized, and told me it would blow over. I guess she’s used to his being an asshat, but as far as I’m concerned, if no apology from him is forthcoming, I want nothing to do with a mean, unpredictable drunk. Come to think of it, even if he does apologize, the nature of our friendship is changed forever. Nearly six years of friendliness and this? No thanks. Interestingly, I recently recorded a guided meditation about exploring forgiveness, which I wrote and am producing. So this is a good opportunity to explore said forgiveness. Consuming my own medicine while sitting on my porch and looking at a house I’m not used to seeing. Landscapes and relationships always in flux.