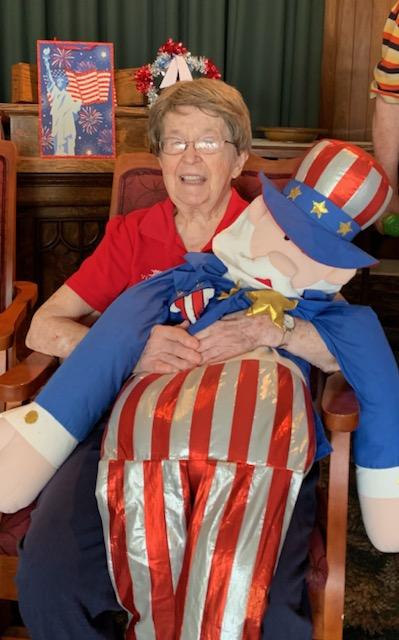 We moved the last of stuff out of the basement this morning in prep for the coming week. I got the contractor’s schedule, and apparently, they’re going to start right in with framing it out. Our stuff is now distributed among the pod in the driveway, the garage, our bedroom, and the two guest rooms upstairs. The small chest freezer is in the dining room right around the corner from the kitchen. Apart from being unsightly, it’s actually rather convenient.

This afternoon we drive to some more Free Little Libraries around the area and left the last copies I had of my book that I’ve re-released in a new edition. Enjoyed supper (Indian lentils with tofu and stuffed green peppers) and dessert (custard with blackberry sauce) made by other people and given to us. (Thanks, sis, for the peppers and custard!) I went for an evening bike ride and called Mamacita from my usual bench overlooking a small manmade lake at a nearby townhouse development. In her exercise class this morning, they made a little nod to the Olympics. Someone snapped a picture of Mom holding Uncle Sam. Not sure how he fit into the Olympics other than the old folks were Team USA today. Picture is cute anyway.

Feeling a bit melancholic tonight, mostly because I’m so over being incapacitated by this ankle. I’m mostly not wearing THE BOOT, and I’m feeling a sensation in the area where the ankle bone chipped. Hoping that in Tuesday’s appointment the doc will release me from said BOOT; however, I suspect her next trick will be a bone stimulator—because I’m guessing the x-rays will show it still hasn’t healed properly.

Today is National Tell an Old Joke Day. Here’s a modern twist on an old joke. To avoid getting THE BOOT. An interesting bug on the front door.