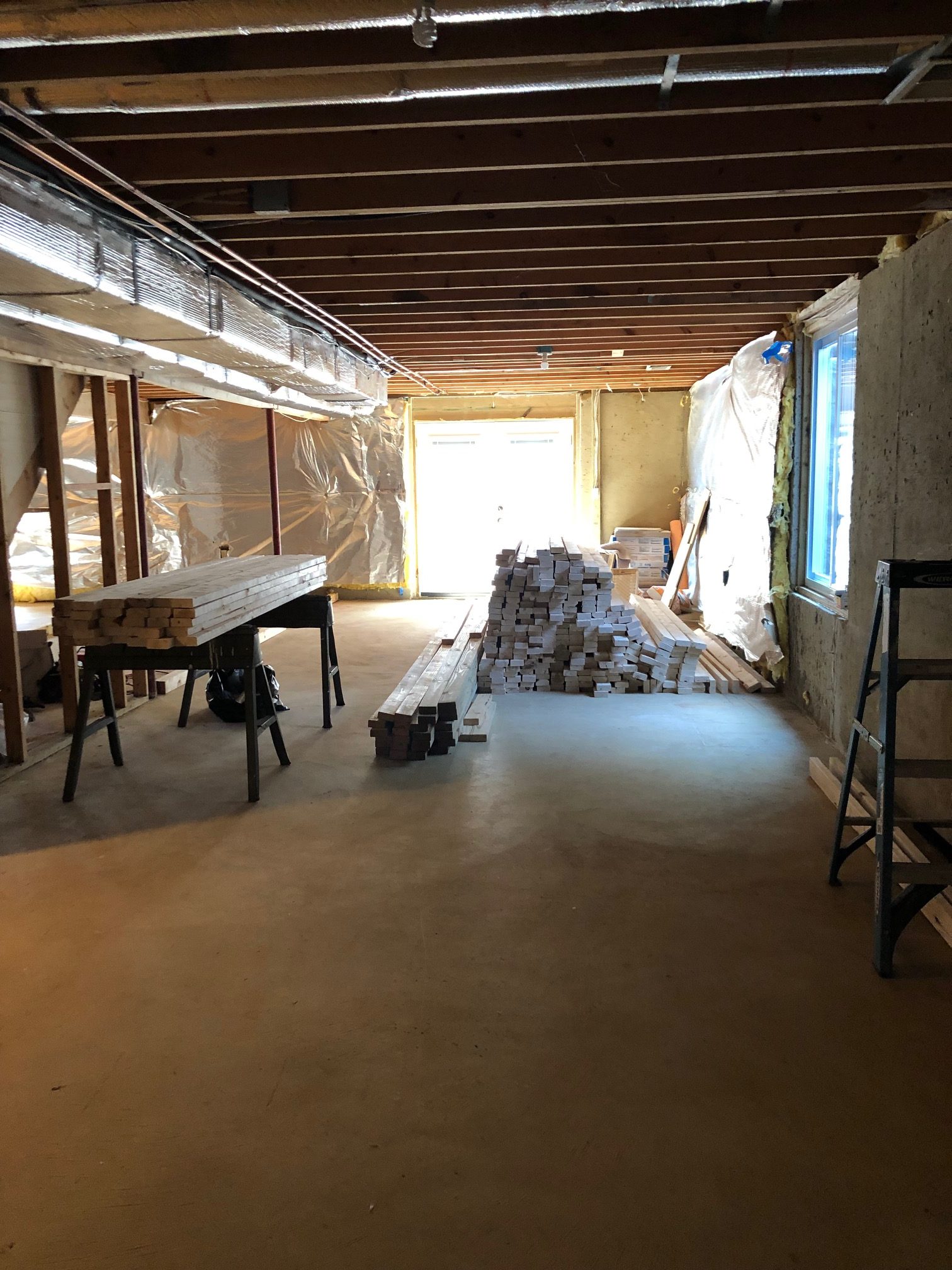 Let games begin! Lumber is stacked up in the basement, a few sheets of drywall have been brought in, and the headers for the framing are laid out and ready to install. They didn’t make too much noise, so I didn’t have to escape to one of the spare bedrooms upstairs. But I did book two days in the office this week and next. It will give me a chance to get out, visit with old friends, and get free food. And the workers will get to play their music while I’m out of the house—something I’ve forbidden when I’m working from home.

Went for a walk this afternoon at one of my happy places—the farm park—and saw some people taking their horse for a walk. Dipped into the woods to walk a short nature trail, which they built back in 2007 and where I used to go to watch a vixen raising her three kits. I think they filled in the den to bank up the pond, which is now itself filled in with sagittaria plants. My ankle was fine, although my brain is still paranoid about spraining it. More than three months of not getting in a proper daily walk has taken its toll; my left hip is acting up, now that’s being asked to move differently again, and the mile I did today was tiring. Soon be up to five miles a day again. One hopes.

The visit to the park got me thinking about a novel I started that same year, which I’ve decided will be my next writing project, finishing it and starting the other two in the trilogy. Will make a nice departure from the nonfiction writing I’ve been doing. I used to go for walks at the farm park whenever I got stuck writing that story. The walk would unstick the creative mind, and I’d rush home to get the rest of the story down in writing before I forgot. Now, I carry an iPhone everywhere I go, so all I have to do is dictate ideas into Voice Memos.

Started a new puzzle this evening: picture postcards of some of the world’s manmade wonders. Typical quiet Monday where it’s early to bed.