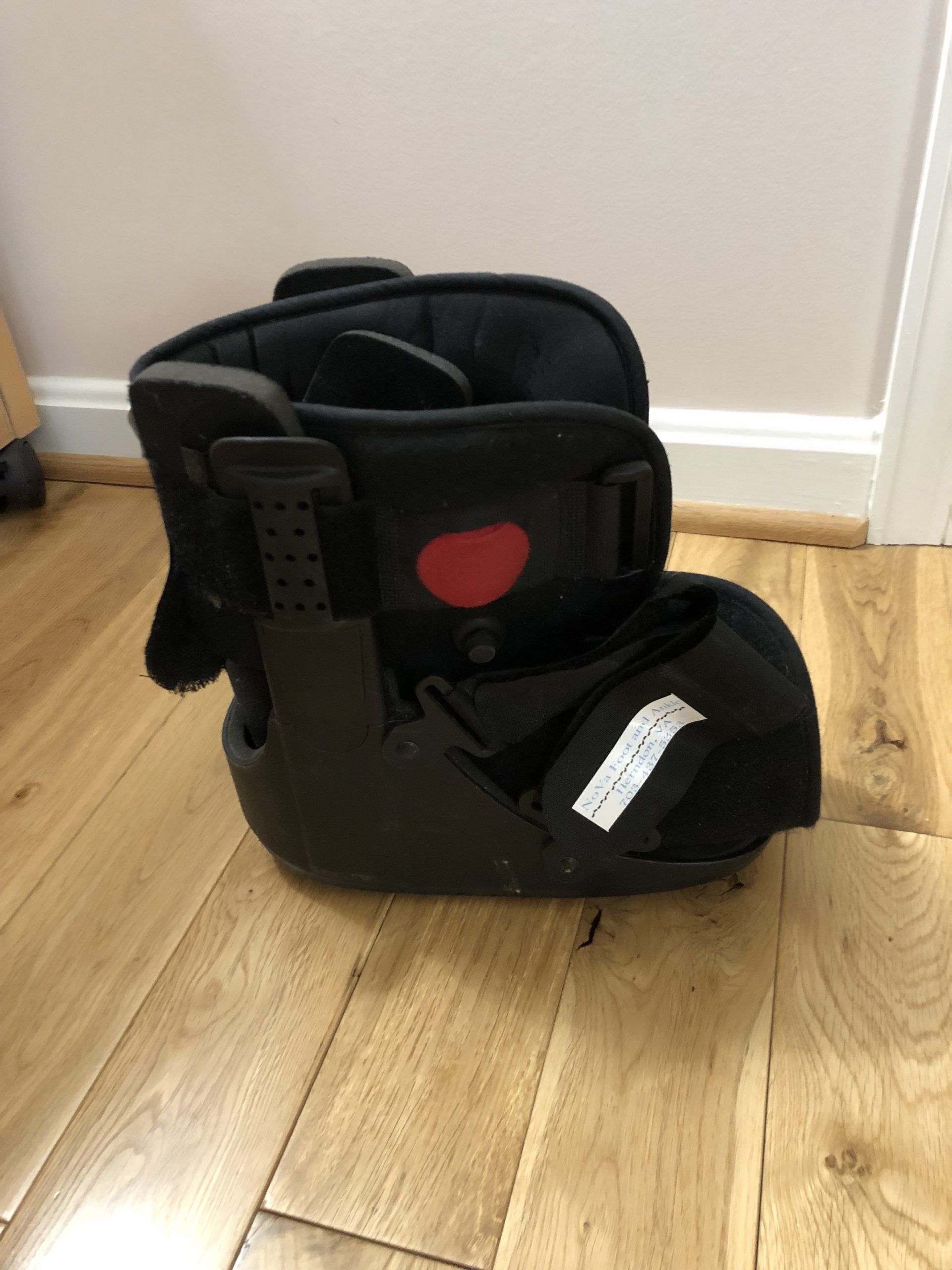 I am declaring my ankle officially healed and booting THE BOOT! After 11 weeks, the foot doctor gave me her seal of approval when the x-rays showed that the bone chip moved closer back to the main bone. There’s hardly any space between them now. Doc hadn’t thought it likely, and told her there has been lots of praying and visualizing healing going on in this house. I’ll continue to wear the compression sleeve and brace for another few months, but I’ve definitely turned a corner. Thank you to the gods of health! In the meantime, I try to reflect on what an injury or illness can teach me. The answer here is that I needed to slow down. I’ve been rushing around for the past few years, full of busyness, a whirlwind in my wake. Now I’m taking on less, letting go of the need to “get ‘er done,” and taking care of myself more. I count myself lucky my injury wasn’t worse.

In the basement, the bedroom, sauna room, and yoga room are framed out. I worked in my home office right above where the guy was pounding. So far the noise hasn’t bothered me. Just one guy was here in the morning, and he probably didn’t realize I could hear him swearing right below me—no insulation yet—with nothing but a subfloor and wood planks on top of that to separate us. It sounded like tough going on one’s one, and I felt sorry him having to do the work by himself. Another guy showed up later to help, and the swearing stopped.

After work, I spent an hour in the garden watering both the front and back. The predicted rain we’ve been expecting for the past week hasn’t come, and the greenery is starting to turn brownery. You could hear the flowers sigh with relief.

It’s National Crème Brulee Day (second favorite dessert after sticky toffee pudding), National Scotch Day (no longer touch the stuff after getting sick on it 23 years ago; apparently my body wasn’t made to drink half a bottle), and National Take Your Pants for a Walk Day (hmm). I took my garden safari pants for a walk around the yard but for exercise headed out on the bike to the neighboring town square just to be in the presence of people. Not quite full capacity, but the town is much livelier than a year ago. You wouldn’t know there was a deadly virus variant lurking.