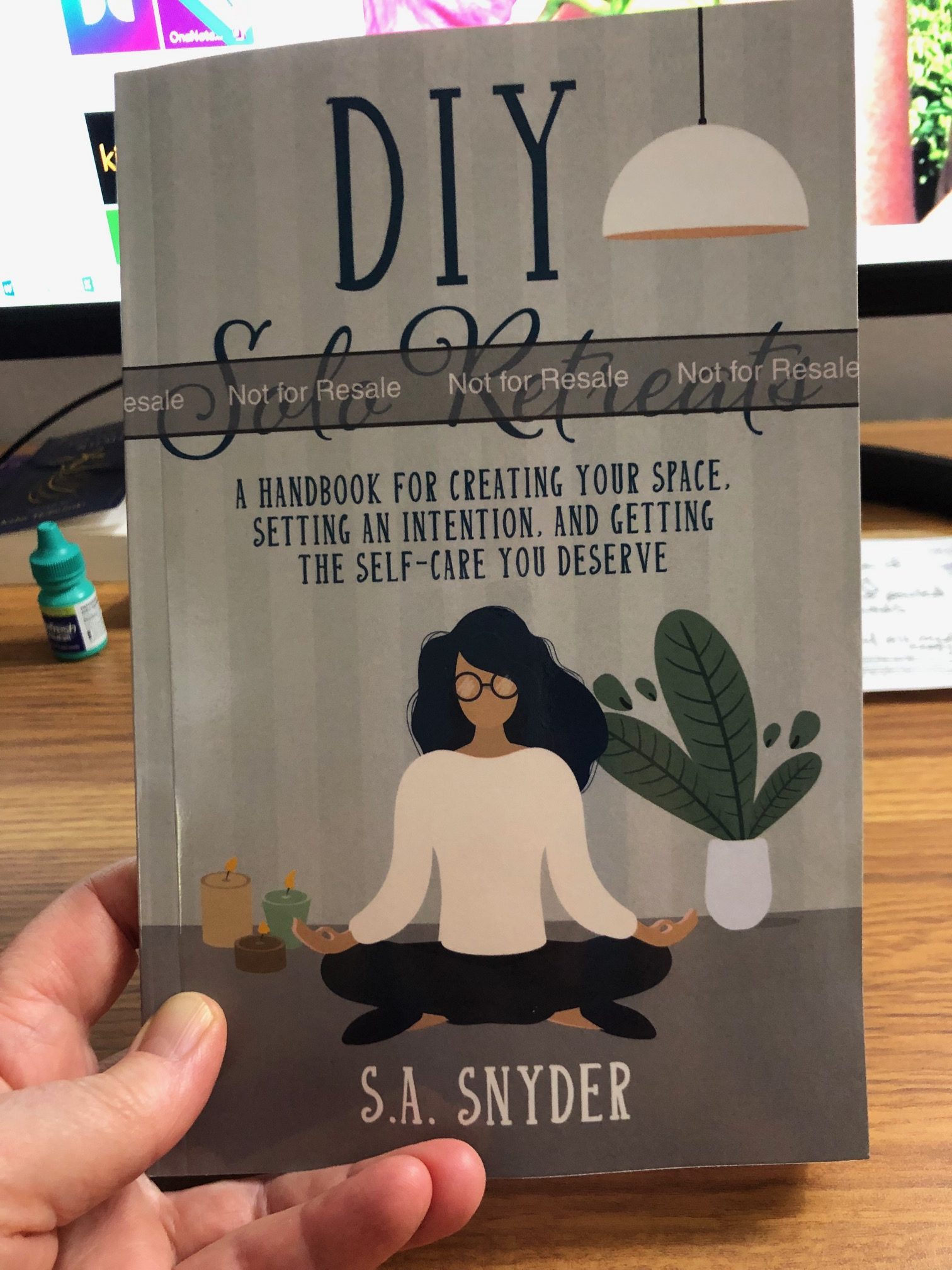 No word on getting a loaner computer from work, so I did what I could from my personal computer. Because access to work documents on my personal computer is limited for security reasons, there is only so much I can do. “You’ll have to find someone else for that project, boss; I don’t have access.” It also could mean I won’t be able to go in the office, unless I’m allowed to hook up my personal computer to the corp network. That would bum me out more than anything, not being able to escape to the office at least once a week. (I never thought I’d be hankering to go into the office.)

This afternoon I got a massage, which was sorely needed—pun intended. Hoping to get this body back in shape before summer’s end. I needed the chillax session because just a half hour before I kinda, sorta gave the what-ho to a guy who ruffled my feathers. He was sitting in his car at the bank window in the same lane as the ATM. I needed cash to pay my massage therapist, so I patiently waited behind him to finish his transaction. And I waited and waited. When it became clear he wasn’t going to move anytime soon. I backed up, parked around the side of the building and walked over to the ATM about 15 feet in front of his car. By that time, a bank teller had come outside to talk to the man, still sitting in his car. The two were chatting like old friends. I gave them the stink eye, got my cash, and then raised my voice to be heard, “Excuse me, you do realize you’re blocking the ATM lane?” I related how I had waited behind him for ten minutes before having to back out and walk in instead. The bank teller looked a little annoyed, as if I was out of line, which further annoyed me (where’s that customer service I’d come to expect from them?). I asked him to have a little courtesy next time and pull into the other lane to do business if he’s not going to use the ATM. He apologized, which I appreciated, and so I thanked him.

Is it too much for people to think about how their actions affect other people? I’m not trying to be a snowflake here, but if people would just stop to think, Is what I’m doing or about to do going to needlessly inconvenience someone else? Can I do this differently? Maybe I’m an outlier, but I think about how my actions will affect others, all the time. I sometimes go too far in the other direction and put myself out so as not to inconvenience someone else. Yes, many things are out of one’s control, but can’t we pay more attention to the things that are in our control and mitigate our behavior? Especially in these times when nerves are already frayed. In the greater scheme of things, this incident wasn’t a big deal, but it does get my back up when people don’t pay attention to those around them and act as if they’re the only ones who matter (#rantover).

The massage was good, and I soon forgot about Mr. Park His Car in the ATM Lane (until I sat down to write this blog). I came home to find the proof copy of my next book had arrived: DIY Solo Retreats. The irony is not lost on me that this book is about self-care and finding the time to chill out from annoying things like being inconvenienced at the bank. It’s also important to be able to laugh at yourself.