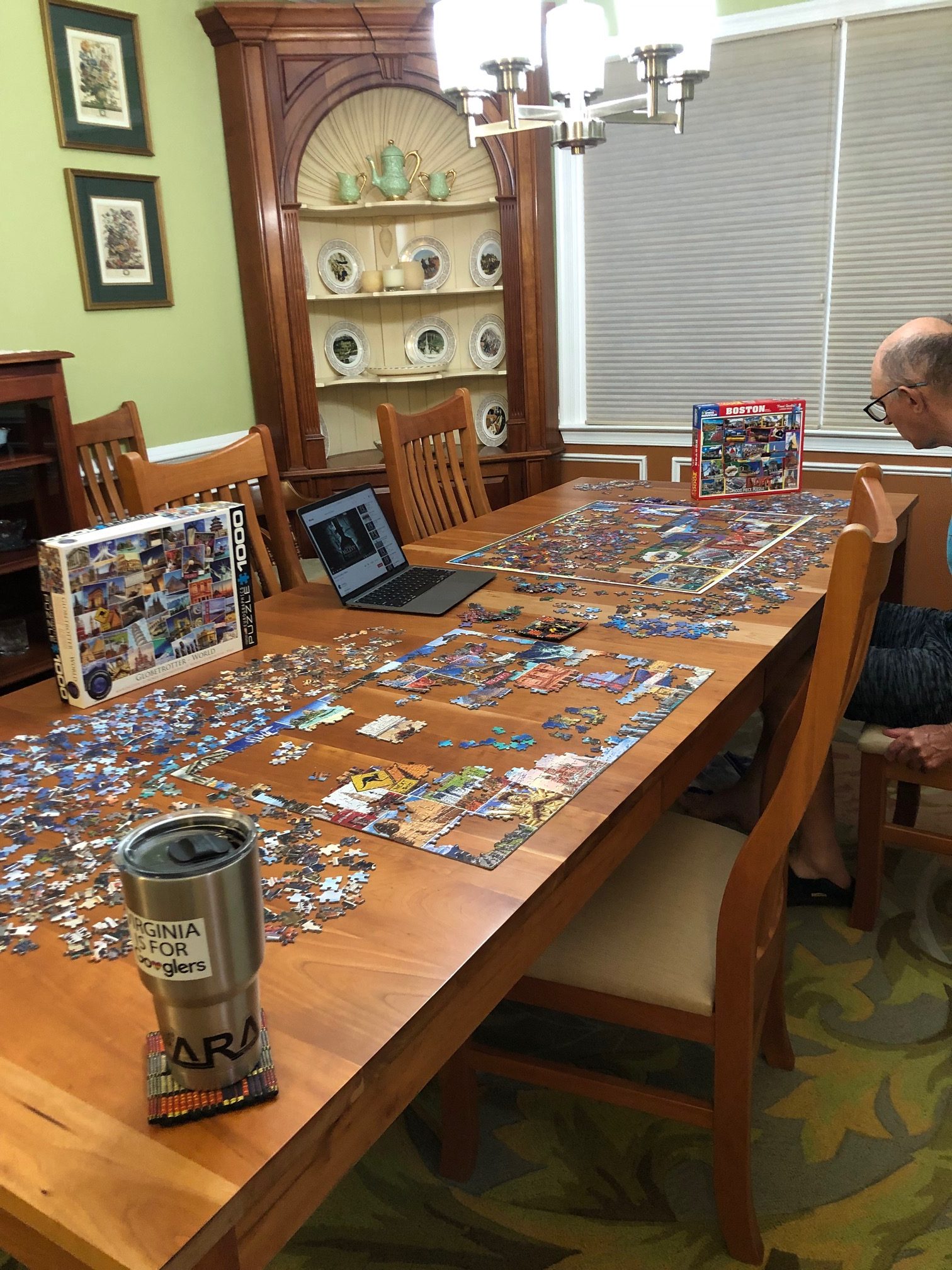 A long day; started work at 7 AM and didn’t get home until after 7 PM. Spent much of it futzing with my desktop computer, which the powers that be agreed to let me take home. My “YAY!” was quickly followed by a “BOO!” after I brought it home only to discover that re-imaging the hard drive (from 16 months of not being used) required hooking up to the office network. So back to the office again, hauling computer. Two more hours later, and several video conference calls with an IT tech in California, we concluded it needed more expert hands than us to resolve an annoying issue.

After giving up on the computer—at 5:45 PM, I headed over to my other office to drop off the key to my desk ped and pick up my custom name plate, which I had taped to the ped when I first started this job. I was denied entry to the complex, so I had to text one of the head honchos, who had to call the security head honcho to let me in. Apparently, the head honcho was at a restaurant, but he’s such a nice guy he didn’t mind the interruption to get me into the building. I only had to wait a half hour in the parking lot.

The best thing that resulted from being at both offices today, and dealing with nice security guards and café staff, is that they all sent me home with leftover food from lunch. Hubby was glad to see me bearing edible gifts, enough for weekend meals. And, wouldn’t you know it, it’s National System Administrator Appreciation Day. So thank you, Maggie, for patiently helping me try to resolve my computer problems even though we had to give up in the end and escalate to someone else.

Grateful for a relaxing evening with Hubby and the puzzles.