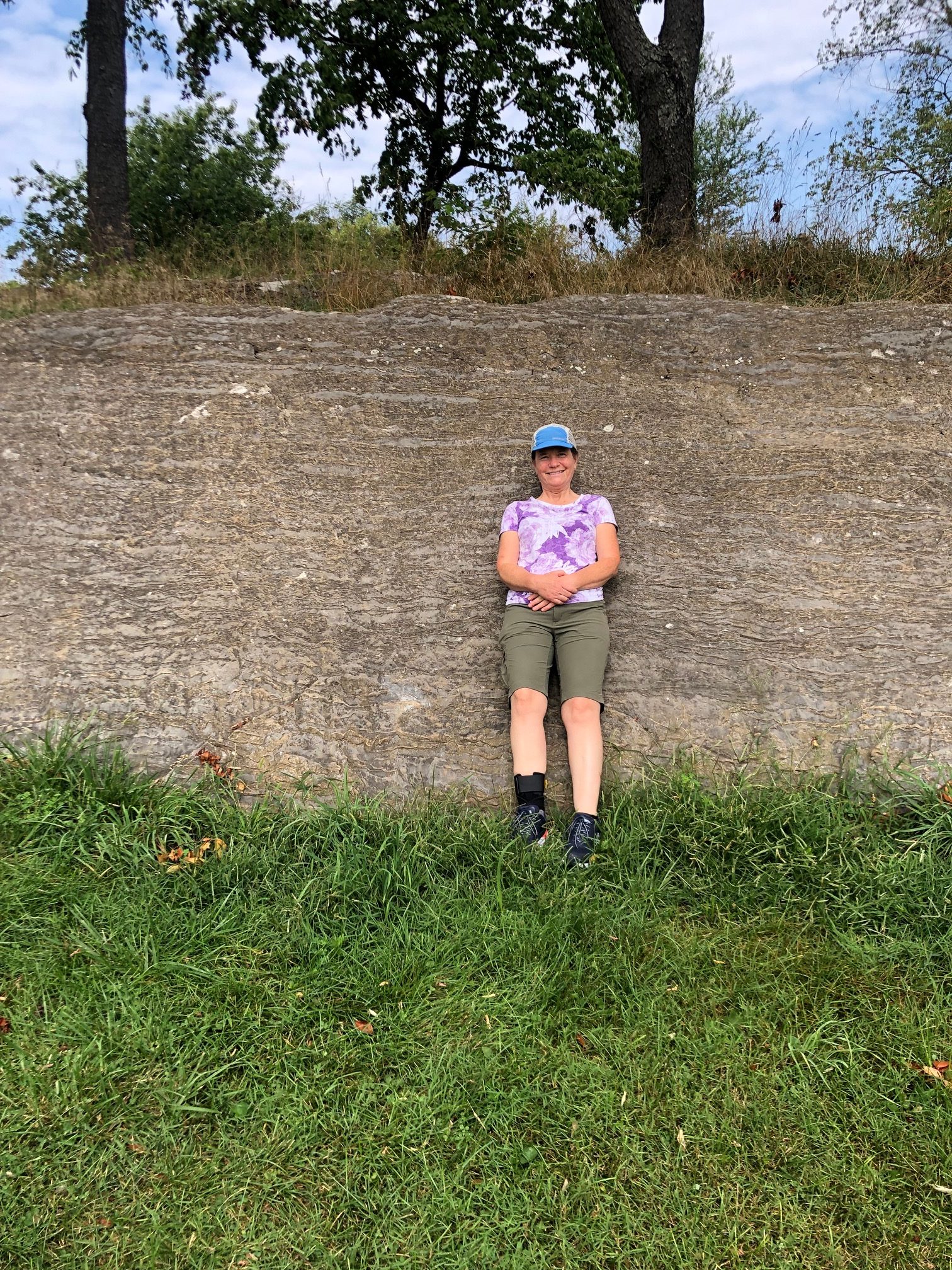 This morning we went to one of our happy places, the state arboretum and experimental farm, for a short walk. I say “short” because it was nowhere near the mileage we typically do, but it still seemed like more than enough. With Hubby’s still-painful foot, and mine on training wheels, we decided to keep it to around a mile or so. I’m beginning to walk again without being paranoid about taking a step. Saw a few butterflies, though the numbers of these pollinator insects has declined significantly in this country—and other countries. We get excited when we see a monarch, and we also saw a monarch caterpillar; just one. Used to be millions of caterpillars and butterflies back in the day. While we walked we discussed the need for maintaining more wildflower meadows rather than letting meadows naturally succeed into forests. It’s a running topic for us, and although we agree in general, the discussion sometimes turns into a disagreement over whether there is too much forestland around here (me, no; Hubby, yes). We need forests as much as we need meadows. The number of invasive plant and insect species in this country is causing just as many problems as habitat destruction is; both are a huge problem in our area. Some people call it “progress.”

We had to rush home so Hubby could see a live broadcast rugby game; he didn’t want to wait for the recording. I vacated the house while the game was on, riding my bike to my sister’s house on an errand and taking the scenic route through the farm park, another happy place. Spent the afternoon on the porch reviewing the proof of my DIY Solo Retreats book (a few minor errors will delay publication). The weather couldn’t have been better for a late July day: 80s, low humidity, and breezy.

Tonight I went to another live storytelling show with the group that I tell with. Some friends were on the stage, as well as one guy I hadn’t heard tell before. It was good to see familiar (masked) faces, chat, and hug a few folk—and of course hear some fabulous stories. I also committed to telling at the October 9 show, live or online, depending on the whims of delta or whatever Greek letter we’ll be up to come fall.