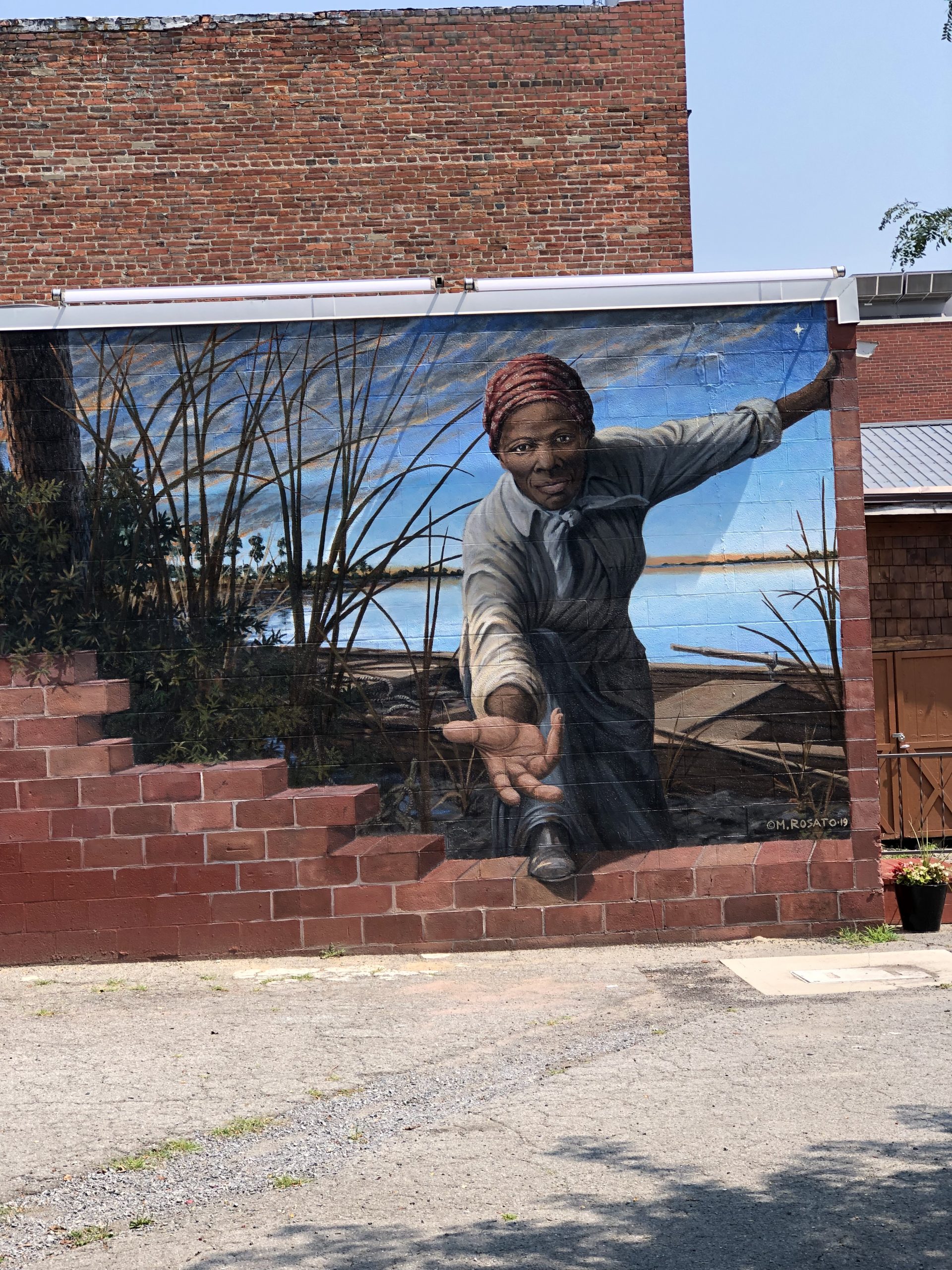 Woke early to sit on the dock and watch the sunrise before leaving our little hideaway in the woods on the water. We stopped off at a few places on the way home, Cambridge, MD, where one of the many museums to Harriet Tubman can be found. Unfortunately, it was closed today, but we did get to see a totes cool mural on the wall at the back of the building. We stopped for a bite of early lunch in Easton (thank you, Eat Sprout for ensuring we stay healthy) and then it was across the Bay Bridge.

Thankfully, our bike rack held up but just a few miles from home we narrowly escaped being side-swiped at 60+ miles per hours by a massive landscaping truck towing a tree tripper and with a cherry picker on top. Just as I was about to pass, the guy veered into my lane—no signal, no indication that he even noticed I was there. I braked to let him pass in front, and on he went, veering across two more lanes before hitting the jersey barriers separating our four lanes of traffic from the non-toll lane to the airport. He bounced and scraped off the barriers, and at one point, we thought he was going to flip over the barrier before bouncing back toward us. That’s when I hit the gas to get out of there in case he hit us from the other side. In my rearview mirror I could others pulling over to stop, so we just kept going. We figured he either had a medical emergency or fell asleep at the wheel.

We made it home ten minutes later, thanked St. Christopher for getting us here and wished the driver of the truck well.

Glad to be back home and sleeping in our bed tonight.