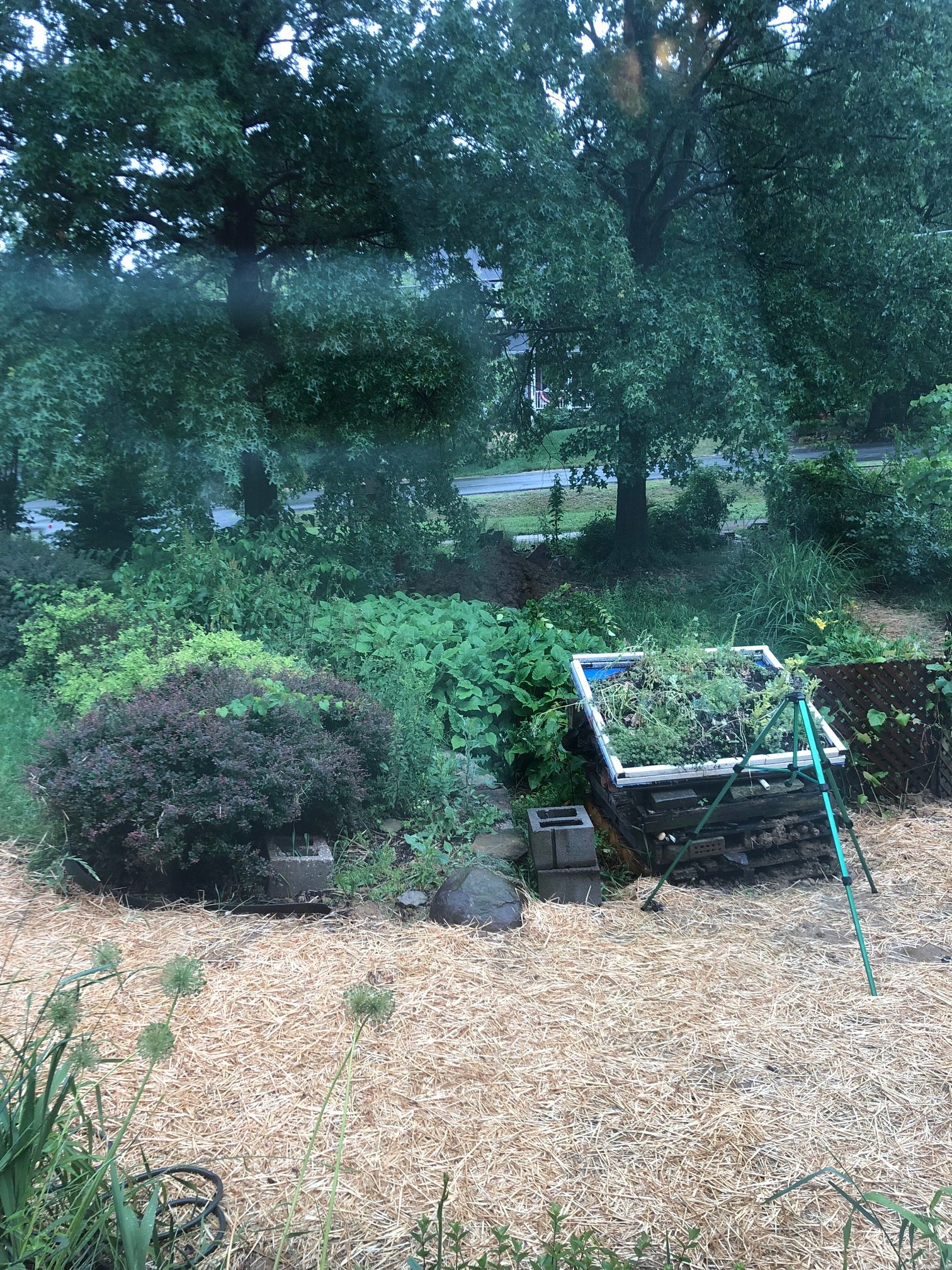 Sometimes even the simplest seeming things can go wrong and create bigger problems down the line. Take the new bathtub install last week. The contractor failed to properly align the drain. Today, I noticed some drips on my piano in the basement. Thankfully, it was covered so there was no damage. Then I noticed a line of blistered paint on the stairwell wall of the basement. Hmm. I texted the project manager who said if it’s not still leaking (it isn’t), then it’s probably a drain issue. That got me thinking: I know the bathtub is directly above my dining room ceiling. Sure enough, there’s a water stain there about 4 feet long. The dining room, although one of the smaller rooms in the house, is full of large furniture and lots of pictures on the wall. It’s probably the worst room for having to repaint a ceiling, because all of that schirtsky is going to have to be moved (you can’t spot paint a ceiling; the whole thing has to be done). I’m not moving that stuff out of the way. I will make it clear to the project manager that his company will pay whatever it costs to get that taken care of, which will be interesting because the one service they don’t offer is painting.

At least our roof doesn’t leak because we’re having a torrential downpour right now. After days of threatening, it’s finally here, complete with flash flood warnings, which are common around here. It will be interesting to see whether the straw covering the grass seed will remain in place after this is all done or whether we’ll find a mound of it at the river delta by the sidewalk at the bottom of our yard come morning. The new basement door, however, does still leak, despite that they “fixed” it. That’s another contractor to deal with. I guess I should buckle up, because this rodeo has only just begun.