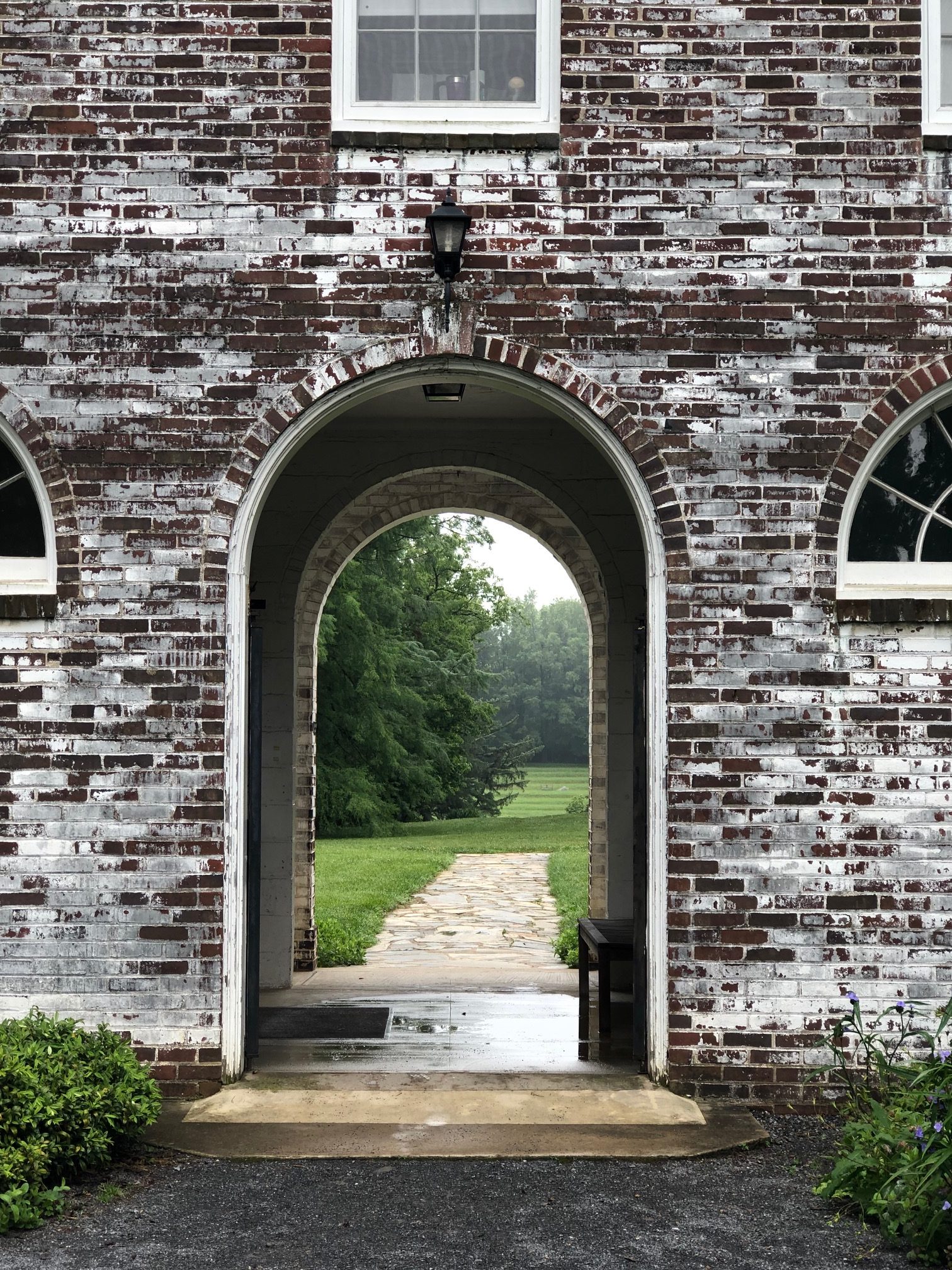 Hubby and I took drive out to Blandy Experimental Farm and State Arboretum. Lots of cultivated flowers, a deer, a bunny rabbit, plenty of tree swallows, and a few cicadas just waking from their cold, rainy night clinging to some plant material. We usually go for a long walk here, but THE BOOT put a damper on that. I walked a little ways on the gravel road and paths around the brick dorm—former quarters for enslaved peoples—where college students study botany and horticulture live for the summer. Blandy is definitely one of our happy places. I wouldn’t mind living out in this part of the Shenandoah someday. Actually, there are several areas out that way I wouldn’t mind having some land in. We took a different route home, passing by an old estate called Long Branch, whose hilarious sign I’ve photographed before. Who doesn’t love a horse retirement wedding? (See pic.) We stopped for an early lunch at the Locke Store in Millwood, also a favorite.

I don’t remember whether I wrote about my first visit to this store in an earlier blog, but some ladies I used to ride bikes with and I stumbled upon it on a long ride one Saturday late morning. Hungry and thirsty, we stopped across the road and looked at the exterior, which was a little dumpier in those days. We thought all we’d find inside this Virginia country store in the middle of nowheresville would be Moon Pies and Mountain Dew. Much to our delight, when we went inside it was like in the Wizard of Oz when Dorothy lands in Oz and suddenly everything is in color. It turned out to be a gourmet café and shop that does great food. It’s our go-to now whenever we’re in the area (well, there isn’t much else around, so we don’t have a choice). They make their living off wealthy Washingtonians and surrounding suburbians, along with all the famous people who own horse farms in the valley. Apparently, Tom Cruise and Robert De Nero are—or were at one time—among them.

This afternoon, I went to see the Nationals play the Giants in DC with my sister and bro-in-law. It was the perfect day for a ballgame, even if it was only 7 innings (because of a double-headed from a rain delay). The Nats beat the number one ranked Giants, opening the first inning with a home run. In the second to last inning, they always have the Presidential Run, where guys in giant foam suits representing past presidents (Washington, Jefferson, T. Roosevelt, and Big Guy Taft) run a race part way around the field. Enjoy the video. On the way back to the car, we saw a shop called Scissors & Scotch. It appears you can get have a drink and then get a hair cut, or the other way around. I’m not sure what order I’d choose; an interesting combination, anyway.

In all, an enjoyable day. I’ll let the pictures tell the rest of the story.