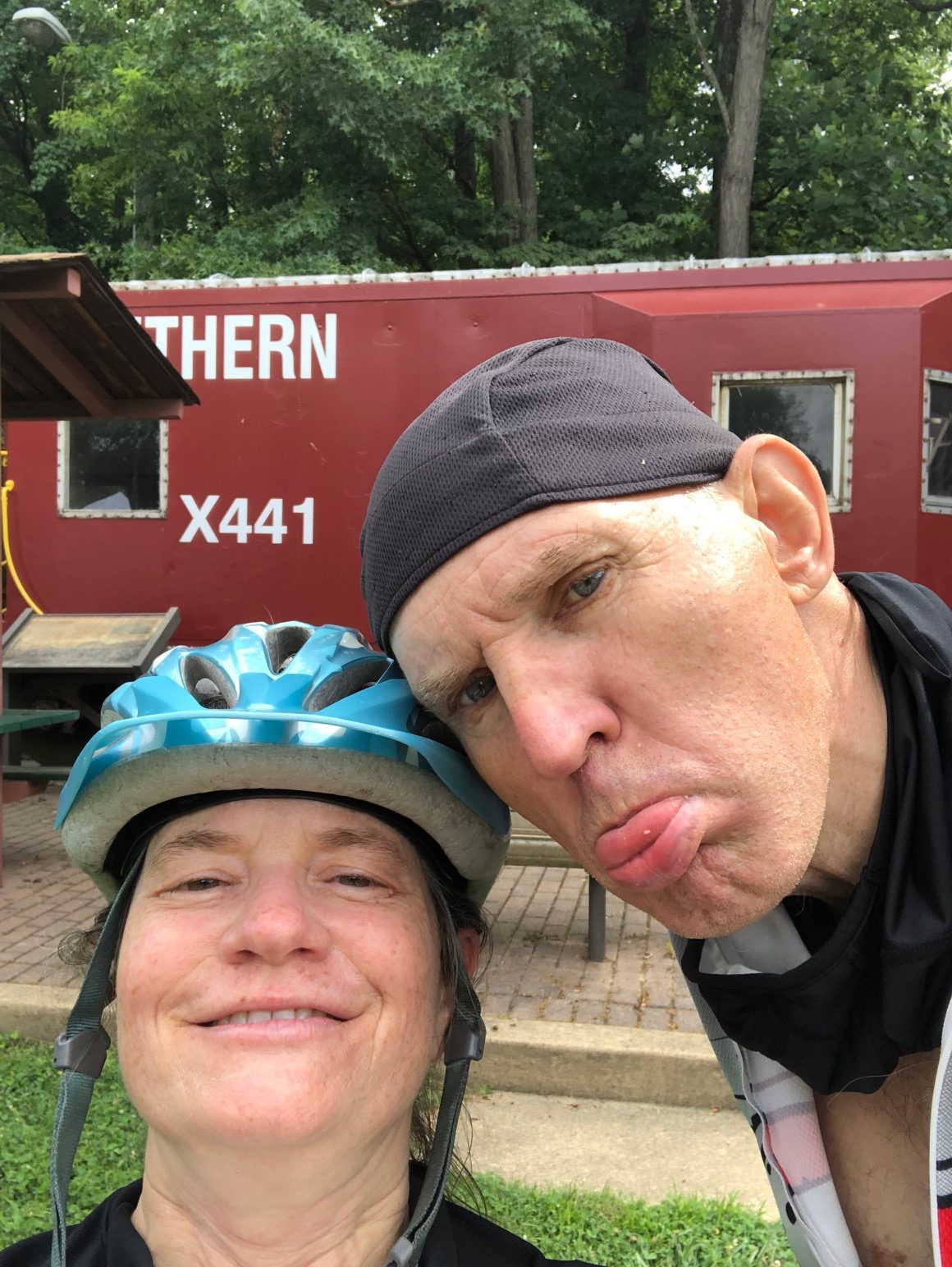 We did a 30-mile bike ride today, our first organized, supported ride in a couple of years. But by supported, it was snack stations, no sag wagons. We started at Jones Point Park in Alexandria and rode through some neighborhoods up north to Arlington. The ride was mostly on streets with bike lanes and took us through areas we’d never been through before. We saw a few cool restaurants I’d like to check out and nice parks along the way. On the return leg, there was a Mongolian musical group, dressed in costume and playing along the Potomac River. We stopped to listen (very short video included) before carrying on down the Mount Vernon Trail. At Gravelly Point Park, an American Airways jet was just landing at National Airport (this is where all the plane-watchers hang out).

At each snack station, Hubby and I stuffed our bike bags with goodies then were treated to a Nando’s chicken wrap sandwich at ride’s end. I think I took too many packets of Famous Amos’s choco chip cookies, though. His foot was in agony from the wart drilling last week; mine ankle was fine in a splint and with electric pedal assist. It was the perfect day for a ride: cool and overcast. We used to do these supported fundraiser rides more often during the year, but then we bought a new house with a big yard and there went our bike riding weekends. We’re trying to get out more on our bikes this year and not spend so much time working around the house.

At home, we both headed straight for the garden for a little tidy up and to pick veg for a bunch of various friends who were coming over for it. That’s when it started to rain, but it didn’t stop us. Later, as the rain went away again, people started trickling in for their veg. One couple sat a spell on our patio (Norm and I have known each other since college days back in Montana, and now he and his wife live just 15 miles down the road from us). We caught up with all the happenings, and before I knew it, it was 7 PM! I was still in my bike clothes from this morning.

Hubby is doing his usual Sunday night thing, which is channel surfing until I finish this blog and can watch something decent with him. So, that’s it. Another day in suburbia and life is good with friends and a bike ride.