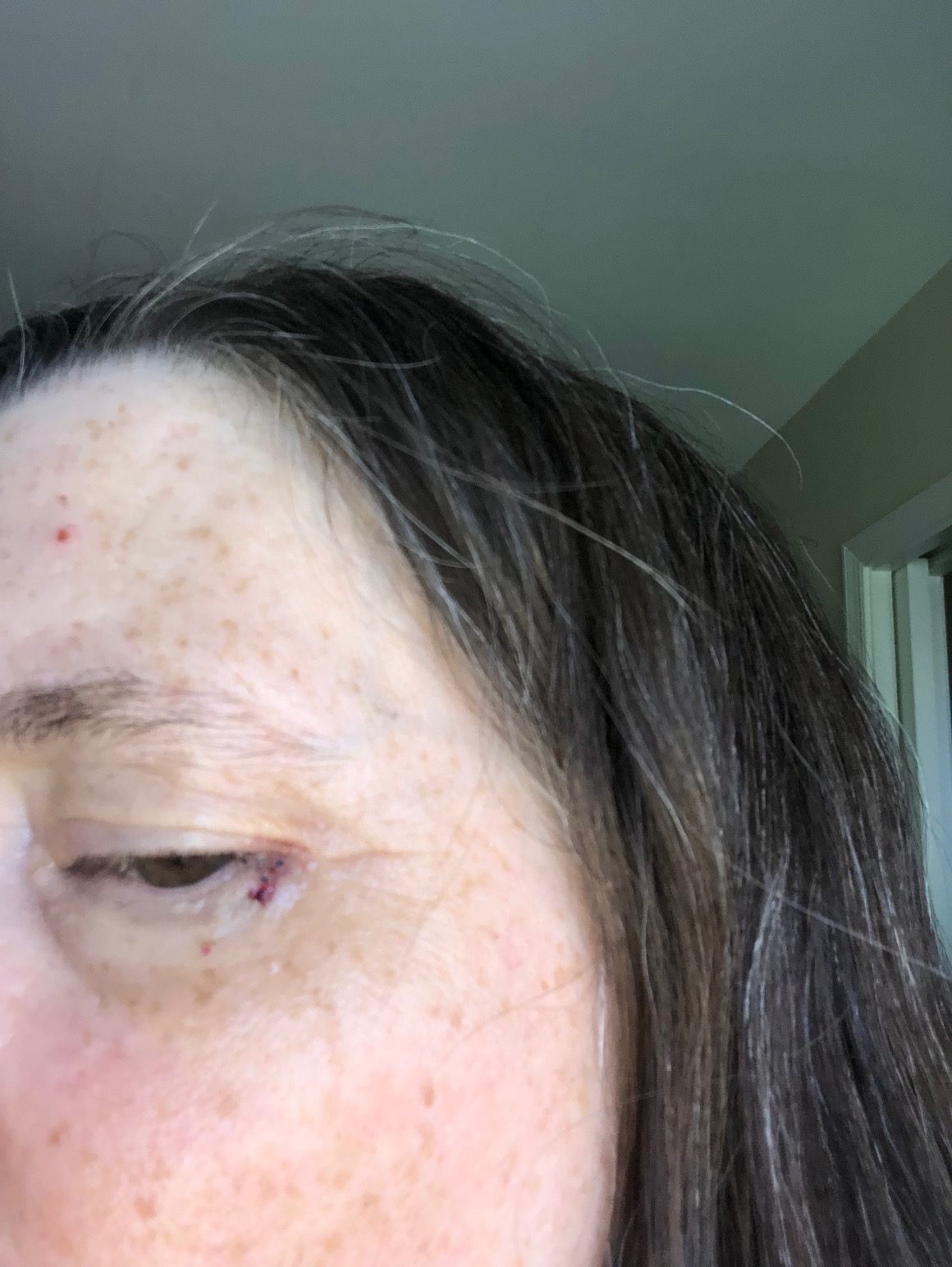 Happy Bloomsday. Though I’ve never read James Joyce’s “Ulysses,” it’s been on my to-read list. Maybe I’ll make it a point to read the whole thing in one 24-hour period, starting at midnight on June 16. Raising a Guinness to the Irish and my Irish ancestors.

Feeling a little beat up today between my ankle and my eye. The good news is that my chiropractor thought I wasn’t as messed up structurally as he expected—not like last week when he adjusted me for the first time since THE BOOT. I’m paraphrasing, but basically that’s how he put it. Apparently, my body is responding well to adjustments. He’s the guy who finally put my back and hip right after years of suffering, so I’ll take his assessment as a good sign.

After Dr. Joe, I headed to the eye doc for a follow-up from ten days ago. My eye had been red, itchy, and weeping; plus, this sty thingy appeared overnight below my lower lid. It’s happened before and then it disappeared. Then several weeks ago, it reappeared, along with the weepy, itchy. When, on my first visit, I told her about the odd growth appearing suddenly, she didn’t believe that was possible. She claimed it would have to be growing steadily over time. Today, she witnessed it herself. When she examined me she saw a second sty thingy, which popped up next to the other one. I noticed it this morning too. Several minutes later, when she looked again, it had disappeared, like Whack-A-Mole. She admitted she didn’t believe me but that now she did. “I like to take my patients’ word for things, but some things just seem too fantastical.” Then she got out all her little instruments in preparation to remove it. It took her twenty minutes to set up just to excise a dang thingy from my eyelid. We laughed about how ridiculously complicated it was: scalpels, head loups, lights, sutures, swabs, gauze, needles, and various ointments. To deaden the pain, she stuck a needle filled with an anesthetic just below my eye (ouch). After she cut THINGY out, she sutured the lid with two stitches. Kind of a weird seeing her sew my lid up, such as I could. I wonder if I’ll have a cool scar or just look like a scary old lady. If it does leave a noticeable scar, I’ll have to come up with a good backstory.

Went for another bike ride this afternoon, tracing yesterday’s steps (pedals?). At one of the rest shelters along the bike trail some fool left a bunch of unwanted shirtzky scattered all over the picnic table and benches, including fresh food! There were signs posted, FREE. I have to admit I eyeballed some of the unopened food, like baby carrots, beets, and a bag of spinach, before realizing that it had probably been sitting in the sun all day. I called the local park authority to report it. I mean who dumps their unwanted junk in a public park, especially food, expecting people to take it? Rude.

Speaking of rude, this female cardinal was having another go at the blueberry bush. I chased her off and picked the ripe ones. She chipped at me, so I pulled three dead branches off, which had ripened but withering berries, and set them on the boardwalk for her. She’s not going for it. Okay, so she’s not really rude, just doing what birds do. I shouldn’t be so selfish.