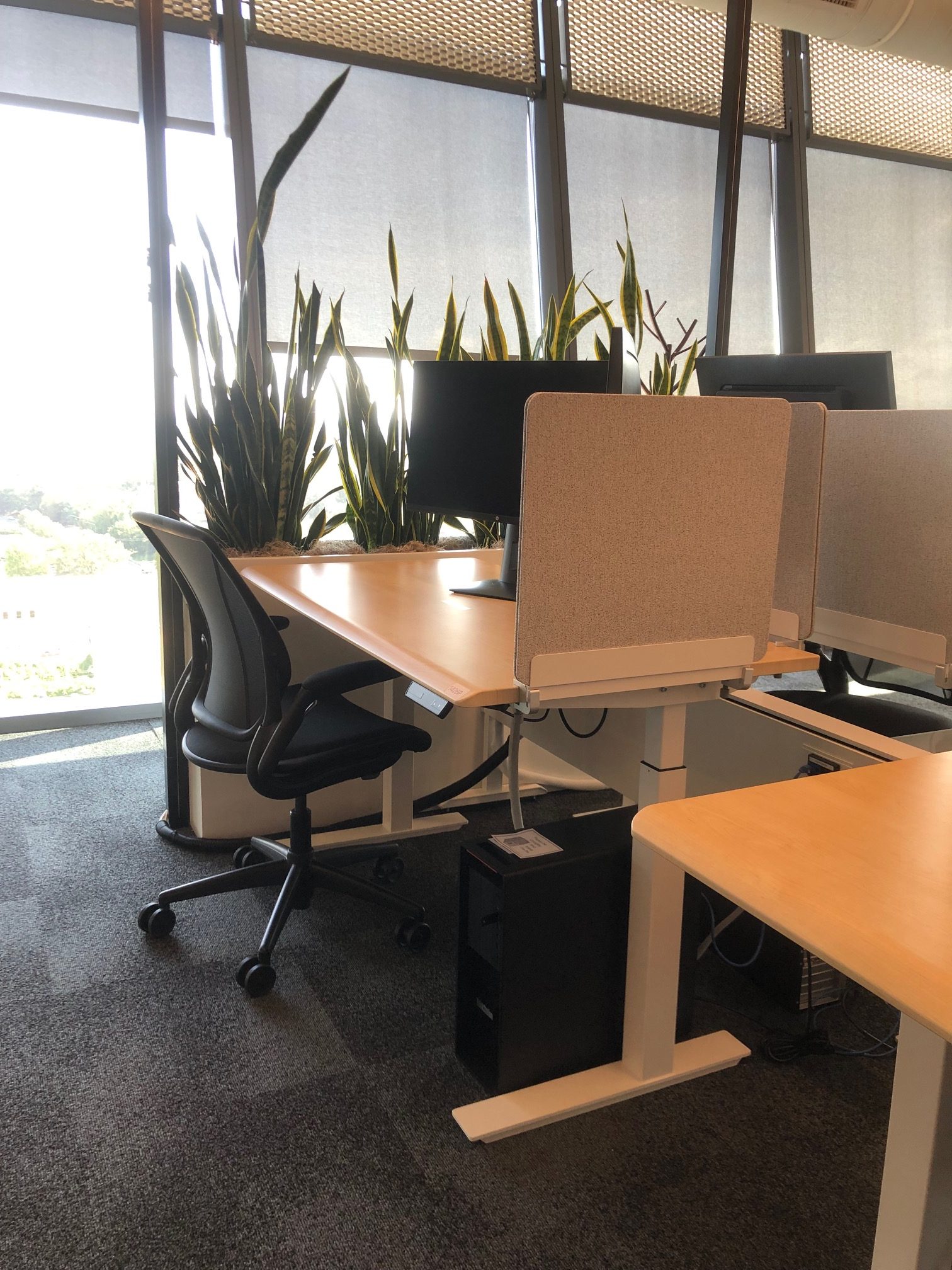 I went back to work in the office for the first time in 15 months. If we’re not considered essential to work in an office space, we have to book a desk, so we’re not allowed to sit at our own desks. I was going to get moved anyway, but the desk they assigned me for today was near my old one. My desktop computer was still there, under my old desk, but I’m not allowed to take it home. Unfortunately, the monitor at my rent-a-desk kept blacking out every five minutes for three to five seconds, which made working difficult. It appeared to be something wrong with the drivers and the updated monitor. I didn’t want to mess with it, so I decided to go home in the afternoon and finish out my day there.

Three new floors in the office have now been finished—we were supposed to move in during April 2020—so I took a tour of the two new floors: new café on the top floor, new seating areas, new floor layouts, and new destruction of surrounding neighborhood buildings knocked down in preparation for new high rises.

The best part of going back in was seeing old friends. All of them remembered my name, but I forgot the names of three people and had to ask someone else to help me. There will be more of that once we’re all in the office again. Right now it’s 20% capacity. I rode my knee scooter because the office is huge, and it’s a long walk to anywhere on concrete floors, but those floors were great for scooting around on! The second best part, but which could also turn out to be not such a good thing, is all the snacks my employer provides, some of them healthy but most of them parading as healthy and me being tempted by them. I don’t want to put on the G 10 again—those infamous pounds gained by free snacks.

After I logged off, I spent a couple hours putting back together one of the bedrooms upstairs, doing a deep clean and re-arranging the furniture. A fresh start is in order.