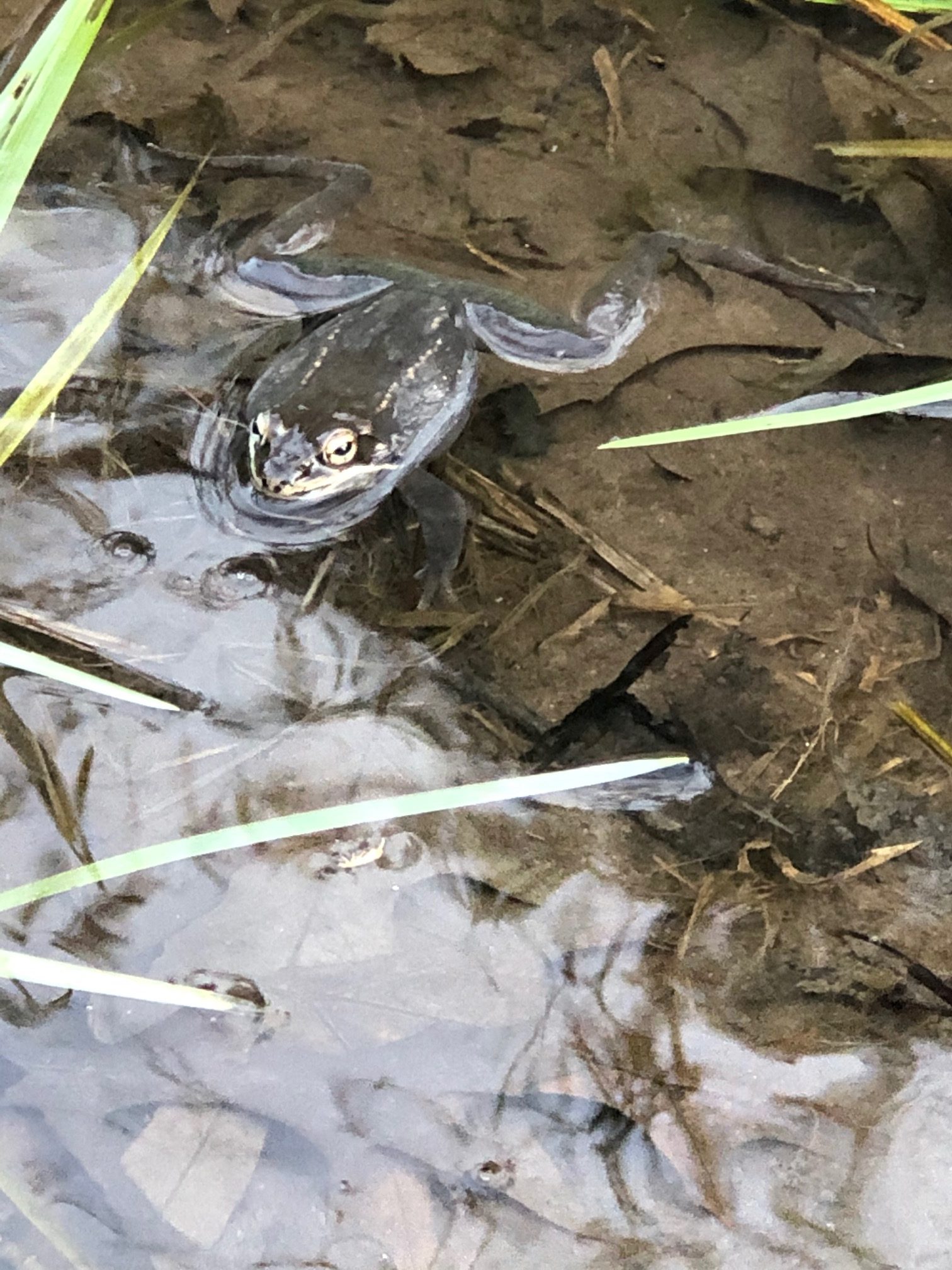 Frogs are out! Saw the first ones of the season in a little puddle along the trail while riding my bike late this afternoon. Lots of frogs. Lots of pictures of frogs, because…frogs. I even love the word f-r-o-g. I believe the species is the northern green. Soon we’ll start hearing them in our little pond, and watch them flying off in the clutches of our residents hawks who find them tasty treats. Farther along in a marshy spot below the trail, the peepers were in full tilt—nearly deafening. The noise may be a preview of what’s to come when the Brood X cicadas hatch out of the ground starting in late May.

I had a difficult time getting motivated to work today, since the temps also broke 70 degrees; hence the bike. But today is also National Get Over It Day, so I did—get over work, that is, and didn’t worry too much about accomplishing bubkis. My bike ride happen to take me past my office building; a year now since I was last inside. (It also happens to be National Barbie Day, but we won’t go there.) Had an impromptu meeting with a contractor about cutting egress windows and a basement stairwell in preparation for finishing the basement this summer.

Hubby has been mostly home this winter since there’s not much work on. I’ve enjoyed having him around during the day. He’s been spending hours studying for an irrigation certification test coming up on Thursday. His strategy is to talk about how badly he’s going to fail so that if he does pass, he’ll be pleasantly surprised. My strategy is to talk positive—and risk being disappointed if something doesn’t turn out the way I’d hoped. I don’t know which is better, but I do know he hates it whenever I try to tell him how awesome he’ll do. People are funny.