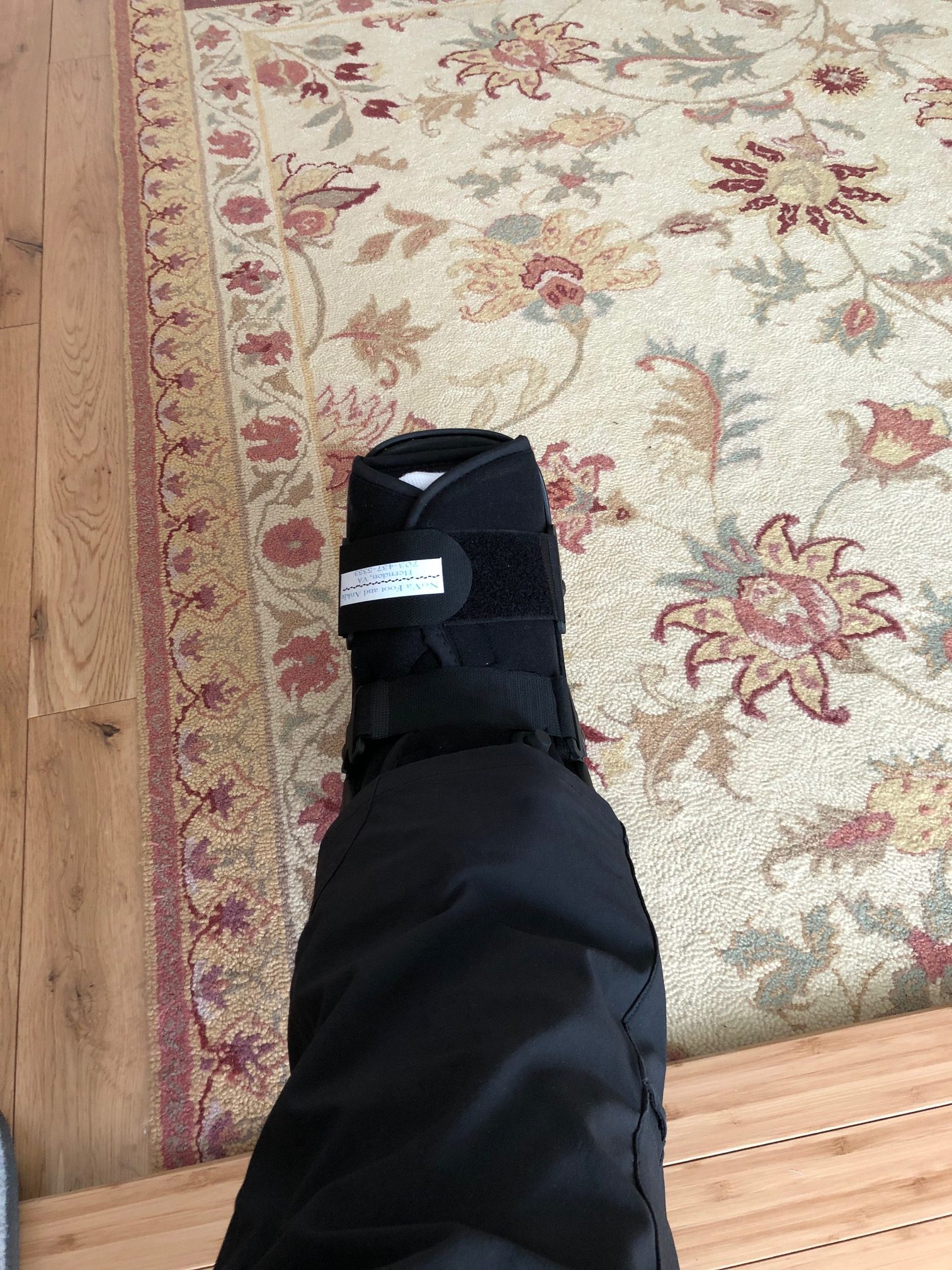 Today would have been my dad’s 92nd birthday; sadly, he made it only to 84. I used to think about him a lot for the first few years after his death. But as the years go by, he doesn’t as frequently enter my mind. I can still hear his voice, though, and his unique laugh. I can easily recall his brown eyes, sometimes penetrating and distrusting, sometimes listening, sometimes sunny. His full-toothed, wide grin beams at me from a black-and-white photo taken of him in his pastoral robes, probably when he was around 25 or so. He looks like he thought he could save the world, one soul at a time. One of my nephews has Dad’s broad smile. He came from a family of gregarious men, the intense personality types that either drew you in or pushed you away. He knew how to make friends—and a few enemies—but mostly he knew how to make people feel accepted just as they were. It was a good quality to have in his profession.

I went to the foot and ankle doctor today and got the BOOT! (Does it make my foot look big?) Diagnosis: a bone chip on the inside ankle. But the doctor couldn’t tell if it was a recent injury or an old one. Lord knows I’ve sprained this ankle dozens of times, and badly. It’s surprising there’s anything left to support me. I also got a new ride, which I scored off Craigslist last night from a woman who, like me, had landed wrong on a step in her garage. Only she broke her bone in three places and had to have surgery. Grateful for small mercies, me. I’ll have to limp around like Frankenstein in this thing for a few weeks. I went for a roll this afternoon, but I think it was a bit too ambitious going about 2 miles. The knee scooter is good for terrorizing pedestrians in the grocery store and Home Depot, but for long walks, not so much. It was hard to steer, and the rear wheel kept banging into my left foot during propulsion. I’ll have to work on my technique.

On the home front, two egress window are finished and the basement steps get poured Saturday. Next up, the driveway extension—they had to find somewhere to dump all that excess dirt.