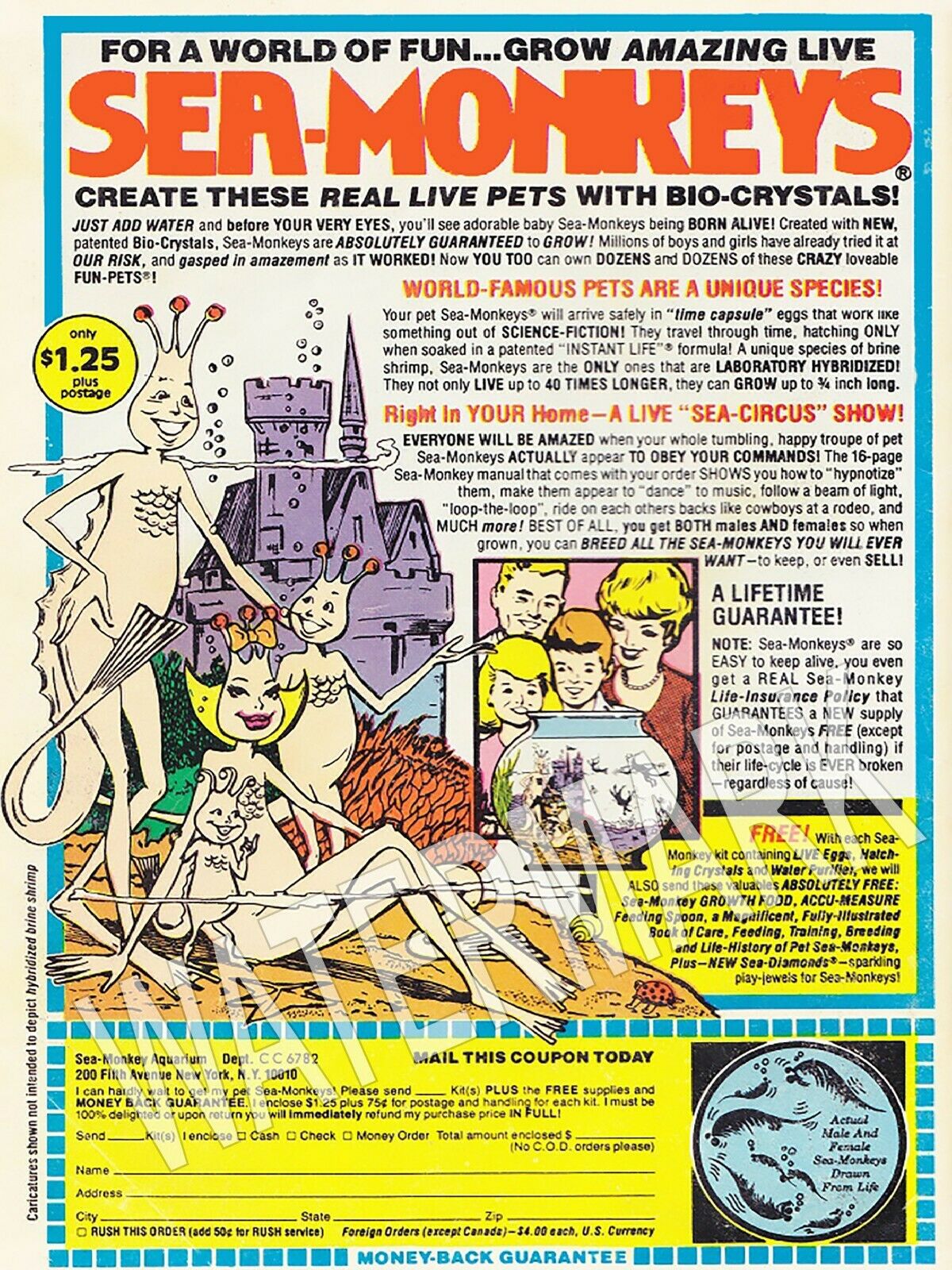 Among a total of 11 “National Day Things” today, are National Love a Tree Day (who doesn’t love a tree?) and National Sea Monkey Day (who doesn’t love a sea monkey?). I used to have sea monkeys in a little plastic oval-shaped container, a birthday or Christmas present when I was 9 or so. Just pour in the packet of dried sea monkeys and add water, et voila, a family of sea monkeys. They didn’t, however, resemble the “family” depicted in cartoons on the box, although it was hard to tell because they were so small. But they were definitely swimming around in their little castle of a container. It was years later that I learned they were really brine shrimp. (Sea monkeys are whale food!)

After yesterday’s excitement and fun, today was one for chillaxing: a trip to Barnes & Noble, where I waited in the car for Hubby to buy some magazines, followed by a short shopping excursion to the grocery store. It was gloomy, and for a short time poured rain; in fact the perfect day for lying on the couch on my porch and reading the newspaper, while Hubby slogged in the muddy garden doing whatever it is he does out there to make vegetables grow. My ankle felt a little better so I took off the boot and tried my hand (my foot?) at walking, which I managed to do somewhat normally. Not too much pain, and the swelling is down. The ankle has gone from blue and black to yellow, which by bruising standards is indication that the injury is healing. The other exciting thing is that we now have basement stairs, but where to put that third egress window? With the stairs where they are, the third window won’t fit where I had initially planned, which means it will either go in front of the house or not go at all.