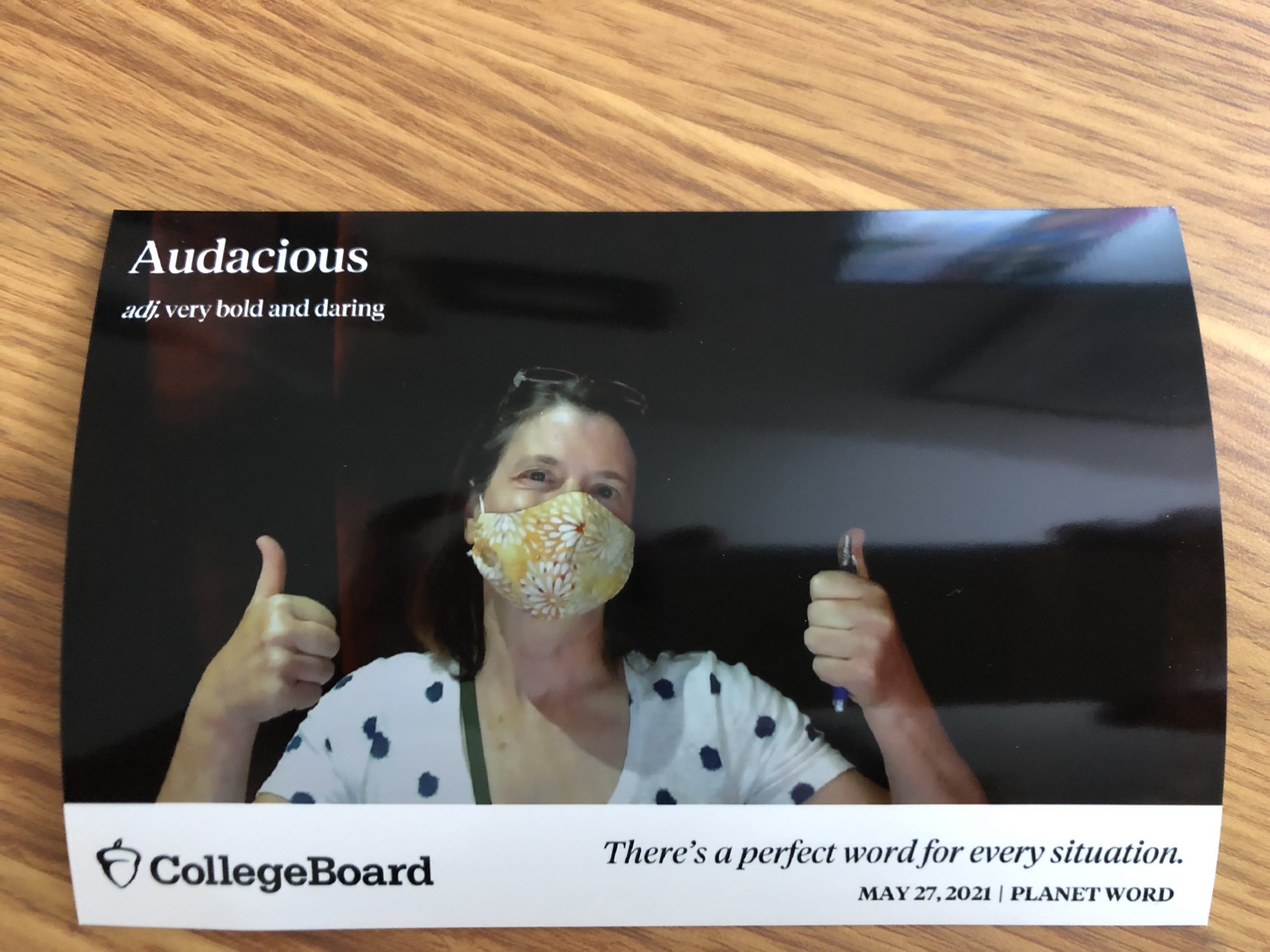 I spent an entertaining couple of hours at the Planet Word Museum in D.C. I read about it in the newspaper and got online to buy timed-entry tickets a few weeks ago. Today was the only day through August that was available, although when I arrived, a sign said they also accept walk-ins. The women at the visitor desk said that so far they haven’t turned any walk-ins away, which is good, because I definitely want to go back. It’s billed as “The Museum where language comes to life,” and they have the most amazing interactive displays. In one exhibit you could pick any book off the “library” shelf and place it in a holder on the table. Each book’s pages were set to open in the middle, and when opened, the author’s voice came up, describing the book and reading a passage from it. Actors took the place of dead authors. Images were also projected onto the open book.

In another exhibit, you could dip a “paint brush” into a “bucket” associated with a specific word (autumnal, crepuscular, nostalgic, and other adjectives) and then “paint” it on the picture projected onto the wall. Where you touched the brush with your “word” the picture would change to reflect that word. So “autumnal” changed the summer scene into fall; “nostalgic” turned the tall modern buildings in the street scene to shorter, older buildings in sepia tones, and the airplane in the sky turned into a zeppelin. Bloody brilliant! You could go into a small room and listen to poets (or actors) reading their works. You could record yourself speaking famous speeches along with the original speakers. I learned about other languages and cultures, computer programs that can analyze thousands of books in one hour, how to formulate a joke. I “met” people from all over the world who were filmed talking about their language and teaching me a few words. I didn’t do the karaoke (even I don’t want to hear my sing), but I enjoyed listening to others. I got my picture taken in a photo booth that automatically popped up a word, to be printed in the photo. My word: Audacious!

Although there were places to sit, if it weren’t for my feet hurting (and the strain on my ankle) standing on hard floors—shoulda brought the knee scooter—I could have stayed longer than two hours. Afterward I grabbed some lunch at a café across the street, sitting at table on the sidewalk and noting the absence of what would normally be a lot of people and traffic on a weekday in the city.

Came home to do several little chores before leaving for Rochester tomorrow to see Mom. Had to resort to the crutches to get around the house since my ankle was screaming by six o’clock. This evening I got on a Zoom call for a discussion sponsored by the Rumi Forum; the topic was modest dress and what the Bible and Qur’an say about it. It was an interesting topic, and I have to say I’m changing my mind about what I had previously deemed an oppressive patriarchal custom regarding women’s coverings. The topic turned to why, in Western culture, modest dress is sometimes looked down upon. I think Americans see modest dress as oppressive, but the discussion leader couched modest dress in terms of both men and women having more control over who has access to their sexuality. She wears the hijab of her own free will and says she doesn’t judge others who choose to display more of their body, so why should others judge her as being manipulated by the patriarchy? She also made the point that what passes for fashion—and particularly the skimpy kind—is itself a form of manipulation; manipulation by the ad industry. Who gets to decide what is sexy, beautiful, or acceptable? Americans could use a shift in their cultural attitudes.