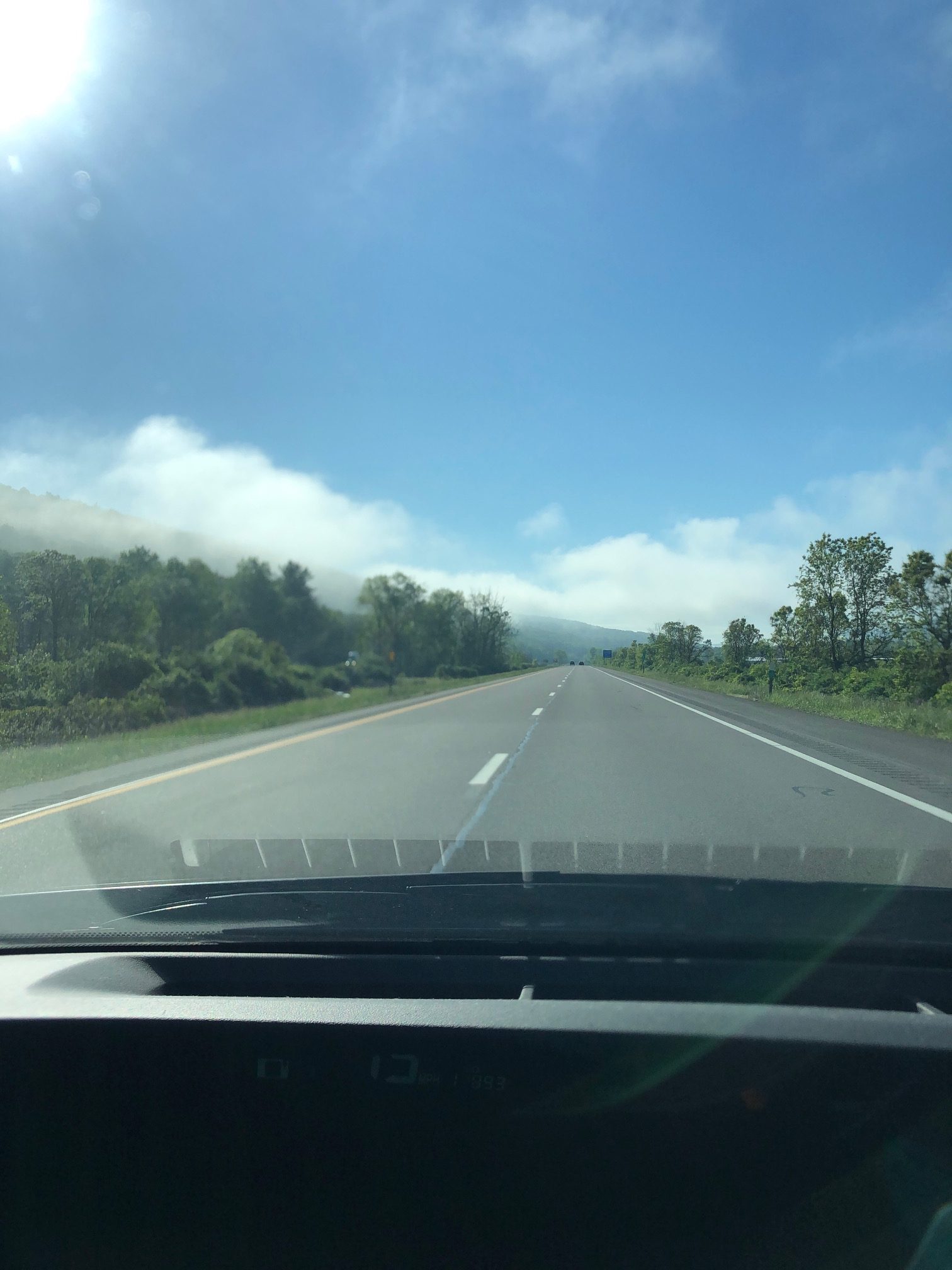 We spent Memorial Day driving back home from NY after a long weekend with Mom. We’re grateful she had such a great time, and I wish it could have been longer. It still feels strange not being able to stay in a house with her, driving back and forth to the retirement home to pick her up in the morning and drop her off in the evening. I miss the cottage my parents lived in and hanging out there with the folks, and then it became just Mom. I miss cooking in her kitchen and sitting at the old family dining table and watching TV with her in the evening or going out to a movie or for a walk around the circle. I miss her friends and visiting with other residents she came to know at her old place, yet I know moving her was in her best interest. And now that she’s settled in and more content, it’s easier on all of us.

The drive between downstate NY and home is beautiful, through the mountains and along the Susquehanna River. We were thankful for the sun—and no rain! We saw plenty of American flags flying in the towns along the way, and a passed by a cemetery where a military band was playing. Lots of traffic on the road, including packs of motorcycles.

It rained at home most of the weekend, so we returned to a thriving garden, with runaway parsnips taller than hubby, plus enough kale and chard to feed the troops. One sound we didn’t miss while in NY was the Brood X chorus—the first thing that hit our eardrums as we rolled down the windows driving through the neighborhood streets to our house. I suppose one gets used to the constant whirring, which some researchers have estimated to be 100+ decibels from a single creature (<90 and you need hearing protection). Interestingly, it is National Save Your Hearing Day. One also gets used to them landing on you—your legs, your back, your shoulders, your head. I just flick them off.

After unpacking the car, Hubby made for his garden to do his soul work and I got on my bike and rode to a Little Free Library in the next town east to put a couple of my books in it. The last few I put in there were taken, so someone is at least choosing my books, if not reading them. For the past few months sales have been averaging around six a day, which is pretty good for an indie author. I’m patiently waiting for sales to reach the millions.