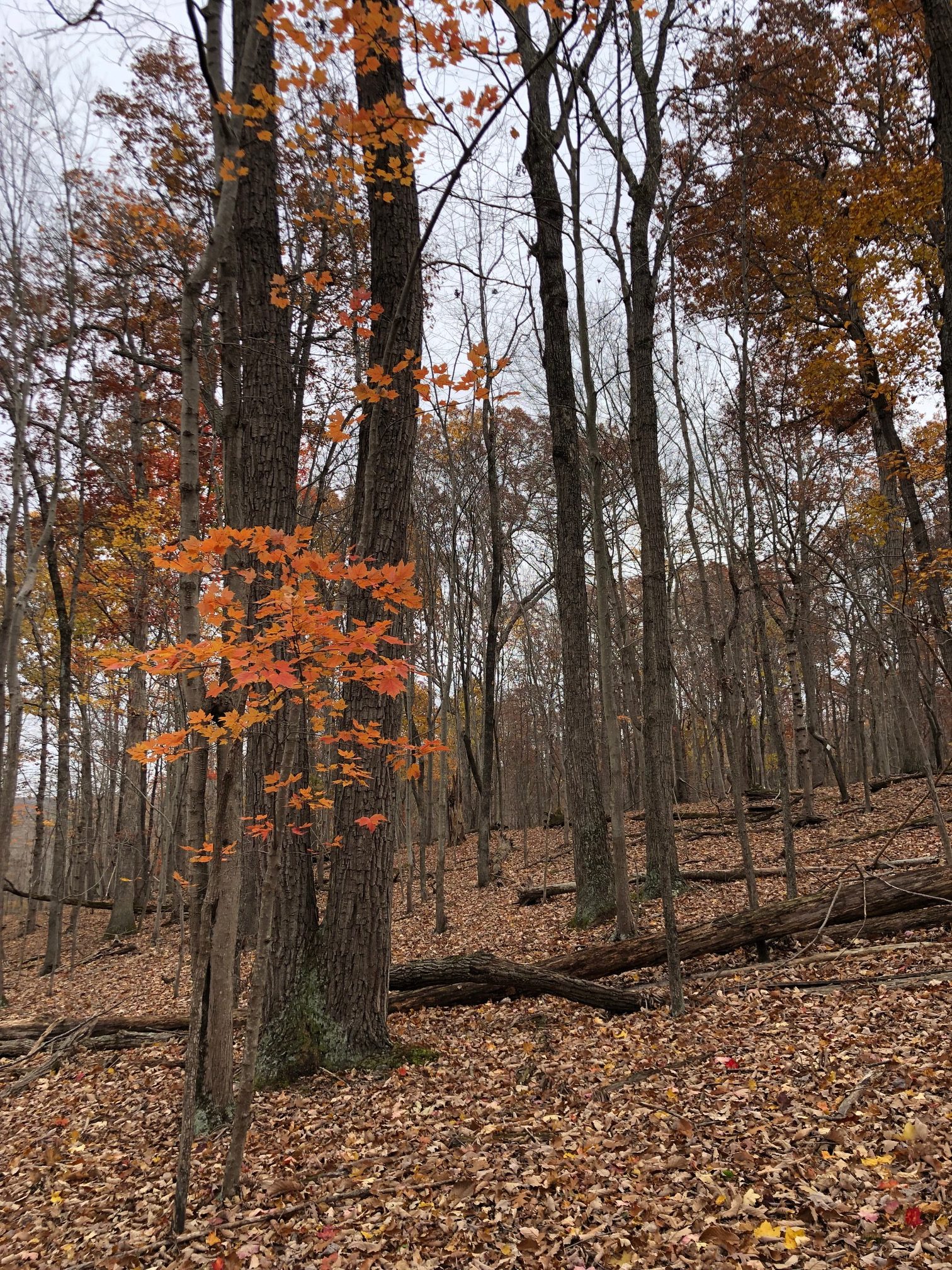 Hubby and I went to explore a place in West Virginia that he found on a map and had hiked part of several weeks ago. He wanted to bring me there and explore more. It turns out that part of the property is owned by the Quakers, with whom I used to hang out. I was also on the board of directors of the nature center Hubby brought me to. I’d taken him there a few times back in the day, but he didn’t remember much of it. Sure enough, after hiking around on the trails, much of it came back to me. Hadn’t been there in 15 years or so. The area is divvied up among a few different church groups for camps and spiritual retreats. They had built a cute circular meditation center in the woods (no picture) with a rock labyrinth outside and a benches and a wood stove inside. The leaves here in the Blue Ridge are definitely peaking, probably just past peak. Autumn and winter are our favorite times to hike. Saw a 4-point buck and a doe (he chasing her) before they realized they were running right toward us and stopped, then ran off the opposite direction. Hunting season there starts next week.

Later, we headed for Bolivar, next to Harpers Ferry, to have lunch at an awesome bistro we stumbled upon a couple years ago. Unfortunately, they moved their operations to Delaware and the place is now occupied by a bakery. The baker directed us to the Snallygaster General Store a block down the road, where we had some pretty awesome sandwiches. When we left, we noticed a smaller place next door that served gluten-free (me) fare. It’s on the list for next time.

On the way home, we stopped by my sister’s to help replace their screen door with the storm door (you really know winter is coming) and hang a new bird feeder where my brother-in-law, still confined to a couch for the most part, can see it from where he spends the better part of his day until his cast comes off the foot.

At home, Hubby headed straight for the TV to watch his beloved England beat Australia at rugby, while I cut greens in the garden to prepare a bag of goodness for friends. Later I spent a half hour in my sauna for the first time since June. Heaven! (And a good day.)