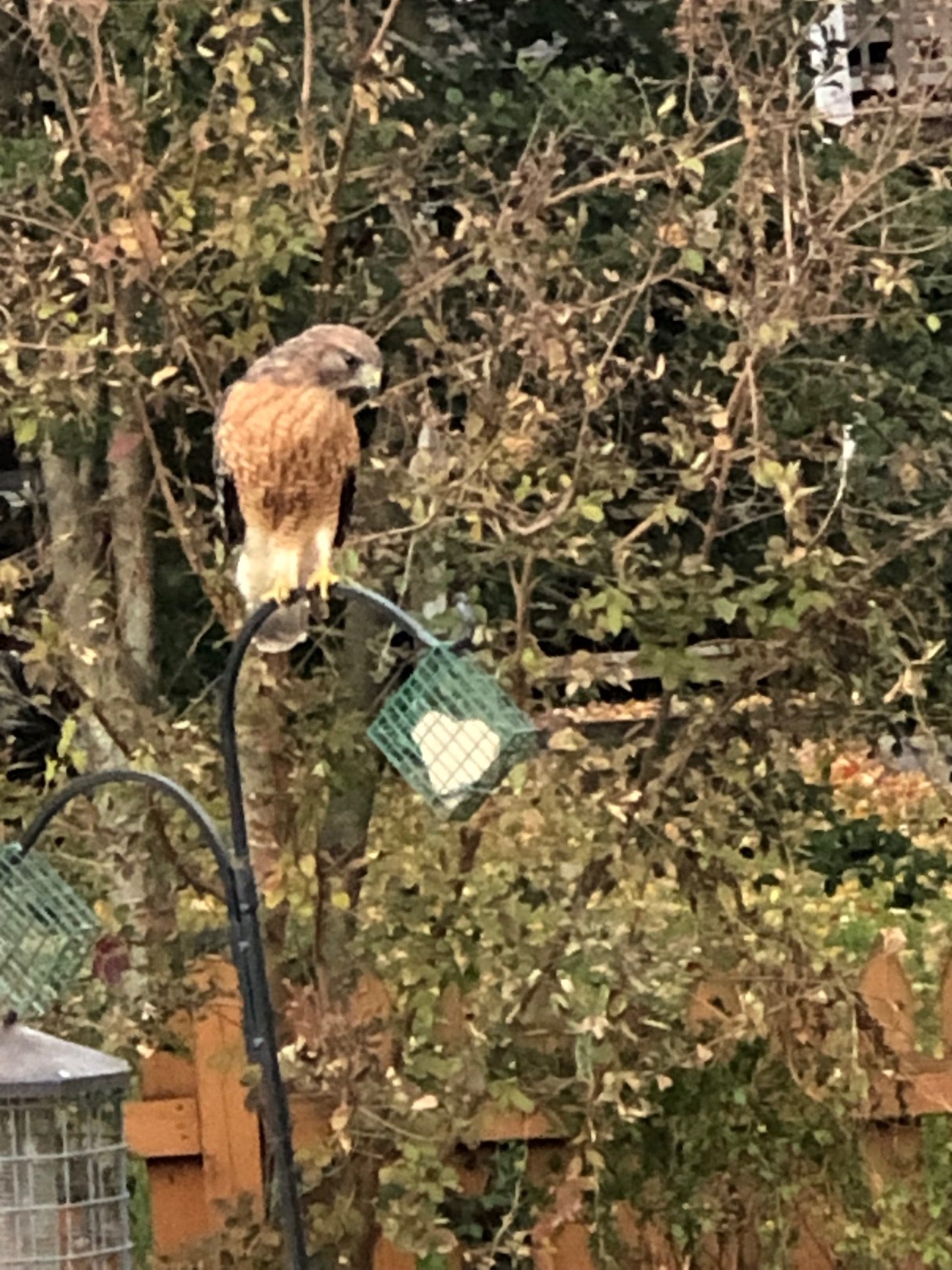 My first day in my new role. Lots of reading to do to learn more about my new (huge) program area does and my role in serving them as a communications program manager. I received a couple of touching goodbye emails from some now-former colleagues, which made me feel grateful to have served with such fantastic people. A little nervous (like the first day of school) but excited to learn about data center networking, another aspect of the internet cloud area.

Drywallers, dryer repairman, and deck installers all here today. The bathroom is looking better for the drywall; we can envision the finished state a little easier. The deck is a big project, not for the size (it’s just a small area) but for the roof that’s going over it. I was a little dubious about adding one, but it seems to blend nicely with the back of the house. While I was talking to the decking guy, a Cooper’s hawk landed on the top of our bird feeder, eyeballing whatever those keen eyes of theirs see from a distance in the weeds. The hawk wasn’t bothered by us at all; usually they fly off when we appear. Hoping it scored a chipmunk of which we have a few too many around here, burrowing big holes everywhere.

First really cold and blustery day of the season. I went for a late afternoon walk, returning after dark. I used to walk a lot at night, but don’t so much anymore. I’d forgotten how much I actually enjoy it. The wind had died down, and the brisk air was just what I needed after sitting inside in front of a computer all day.

It’s I Love to Write Day, which for me is pretty much every day. Unfortunately, I haven’t made much time to work on any creative endeavors for several months (apart from this blog, which started as a creative experiment). It’s not for lack of an idea; I have at least a half-dozen projects in mind, including some books of fiction and nonfiction, as well as a couple of screenplays. It’s getting disciplined again, which isn’t easy when the workmen start at your house early in the morning. I’m looking forward to getting some good writing time in this winter. What to start on first?