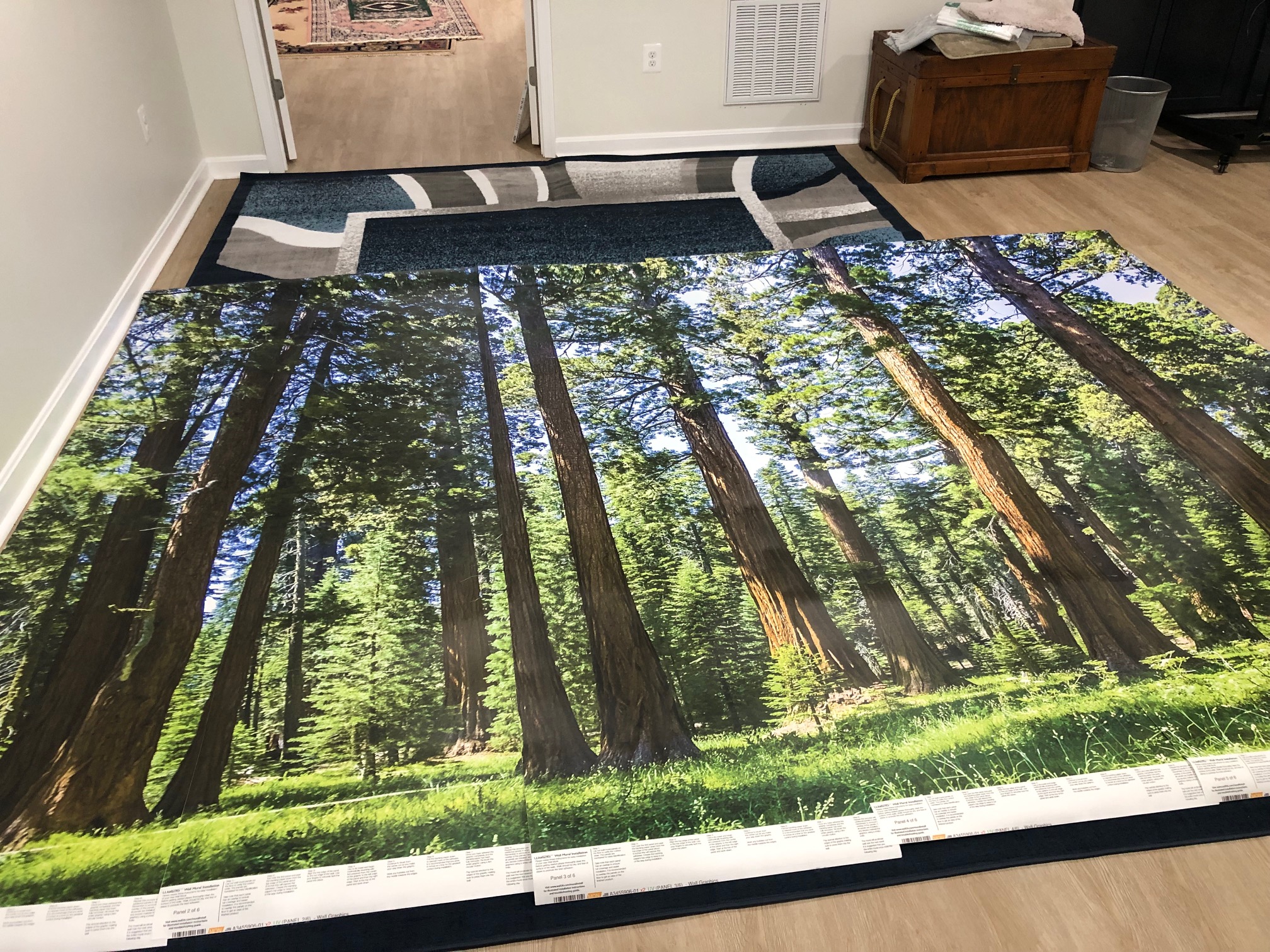 Woke up feeling like crap, so I skipped my beloved yoga class for a chance to sleep in since a bad headache kept me awake most of the night. But since workmen were coming again today early, I didn’t get much of a sleep-in. The guys came to finish the punch list in the basement—and there’s still more to do. Little by little. The glass guys came to install mirrors in the yoga room, but one of the three panels was 2 inches too wide. So they had to take it back to cut it and will return another day to set it in place. The electrician also came to wire the master bath, but he ended up spending an hour troubleshooting and rewiring the sauna because of a discrepancy in the amperage and the breaker. Thankfully, he got it fixed so I can use it this weekend.

I went into the office to get a takeaway lunch for me and Hubby’s supper tonight (shrimp, which I added to leftover fried rice). The pizza station is now open and so is the soft-serve ice cream machine! Jeez, we’re pretty spoiled at that place. I saw a work pal, who suggested I request to be seated where her team will be once the company assigns us desks again in the New Year.

This afternoon I laid out the wallpaper panels that will go in the non-mirrored walls of the yoga room. I decided to have a go at putting it up myself tomorrow. Hoping I don’t regret it.

Today is Bonfire Night in Britain, otherwise known as Guy Fawkes Night, which marks the failed attempt of said Mr. Fawkes to blow up Parliament and assassinate King James I. I lived in Great Britain during three Bonfire Nights and remember them as not only fun but a fire marshal’s nightmare. Hubby and I will have to have a fire tomorrow.

Today is also National Redhead Day and National Love Your Red Hair Day. It took me many years to appreciate my redheadedness, mostly because I was endlessly teased growing up (for that and freckles). I started appreciating it in college and now it’s gotten so dark, I don’t much look like a redhead anymore. At least it’s still not gray (I inherited Mamacita’s youthfulness). Speaking of, I haven’t spoken to her in several days, but her younger sister came for a visit this week, and it appears that they had a lot of fun together. I’m looking forward to visiting Mamacita in a couple of weeks myself.

Today I’m grateful for red hair and youthfulness (in spirit if not in creaking body).