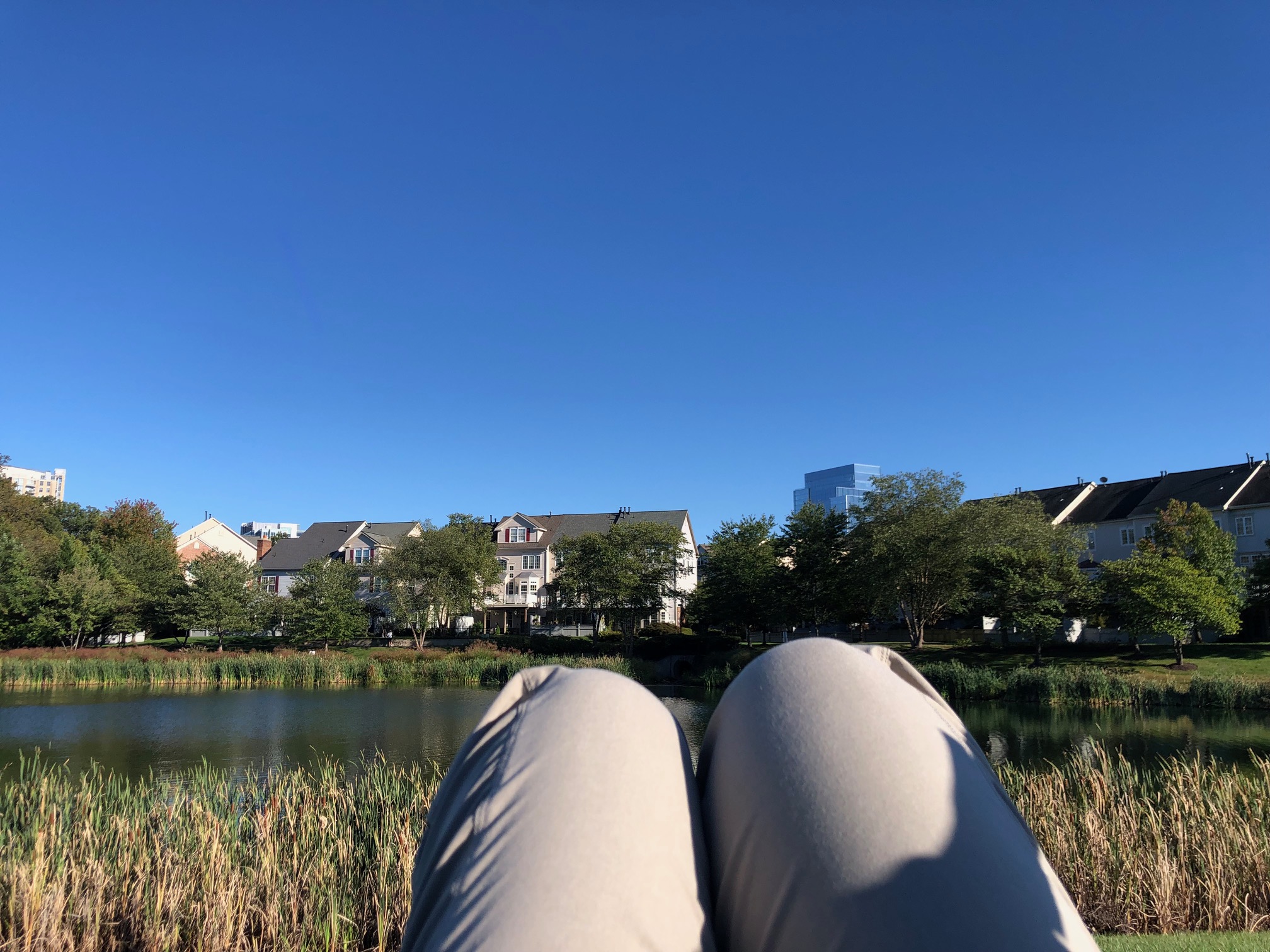 Pinch, punch, first of the month. Got hubby and lost to friend. Is it really October already? My oldest nephew turned 40 today and my youngest niece turned 22. The first was born when I was a senior in high school; the last when I was living in Scotland as a result of an early midlife crisis and wrestling with sheep (the result of a stubborn man who shall remain nameless). At least I got a memoir out of it and endless stories to tell on the stage (and a couple of other pretty cool things, like Hubby).

Another day of sickness, though I managed to put in a half day of work catching up on small jobs I had put off to prepare for my interviews the other day. Still no word. This illness could be a sinus infection or it could be withdrawal from caffeine and sugar, which painfully reminds me that I don’t want to be beholden to substances that are bad for me when I consume them and make me feel awful physically when I stop (the latter temporarily, thankfully).

It was another stunning autumn day, but I didn’t feel strong enough to go for a walk. Instead, I rode my bike to the neighboring town and laid myself down in the grass by a manmade lake in a townhouse development. I nearly fell asleep there, listening to an audiobook on my iPhone. In the meantime, Hubby did more work in his garden after his work, which is still bursting. Still have lots of peppers, but their days are numbered. We’re headed into the season of hardy greens again: chard, kale, collards, pak choy, and lettuce.

Tonight, we watched Will Ferrell’s “Eurovision Song Contest: The Story of Fire Saga,” which, not surprisingly, was dang funny and clever. Early to bed tonight–with some earworm songs in my head from the film.