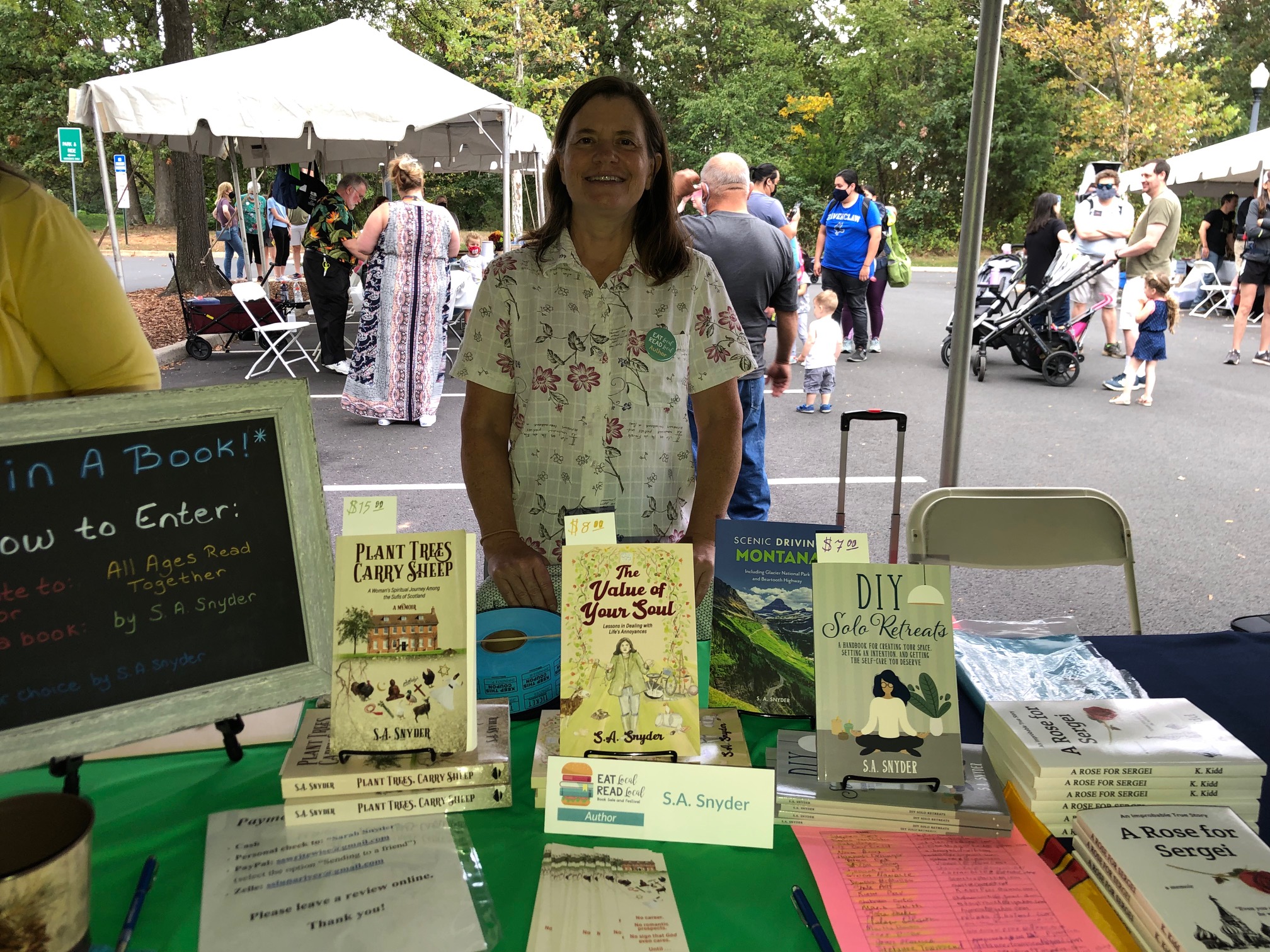 Woke up at 2 this morning and couldn’t get back to sleep for the monkey mind (house remodeling, new job upcoming, two storytelling shows back to back next weekend, having to move things back into the basement and out of the master bedroom to prepare for the bathroom remodel in 2 weeks, etcetera, etcetera). I ended up going upstairs to sleep for the rest of the night because I thought I was snoring and that Hubby was getting annoyed. He claimed he didn’t hear me. Turns out he couldn’t sleep either and finally got up at 5:30 for a cup of tea. I came downstairs at 6 to crawl back into bed with him. We gave up at 7. He went out for a long hike along the Appalachian Trail. I cleaned all the construction dust out of the new basement cabinets to move stuff into and out of the upstairs rooms where we’ll be sleeping soon until Christmas.

I participated in an indie writer book fair today, sponsored by a neighboring county library. I shared a table with my writer friend Kolleen Kidd, who wrote a memoir about a relationship she had in the 1970s with a Russian spy who defected to America. The other four people in our indie writer group were also displaying their books at the fair. I only sold three books, but it was worth it just to be out with other writers and talking to people. In the end, we packed up our books about an hour early to beat a rain storm that was quickly bearing down on us. Afterward, my writers group met up at Cowbell Kitchen in Leesburg for eats and to catch up with one another. We first started getting together in January 2020 with the intention of meeting once a month, then covid shut us down. We’ve had a few Zoom meetings, but it’s been several months since we’ve met. So being all together in person and sharing what we’ve been up to was a total delight.

Early to bed tonight, since I can barely keep my eyes open at 8 PM.