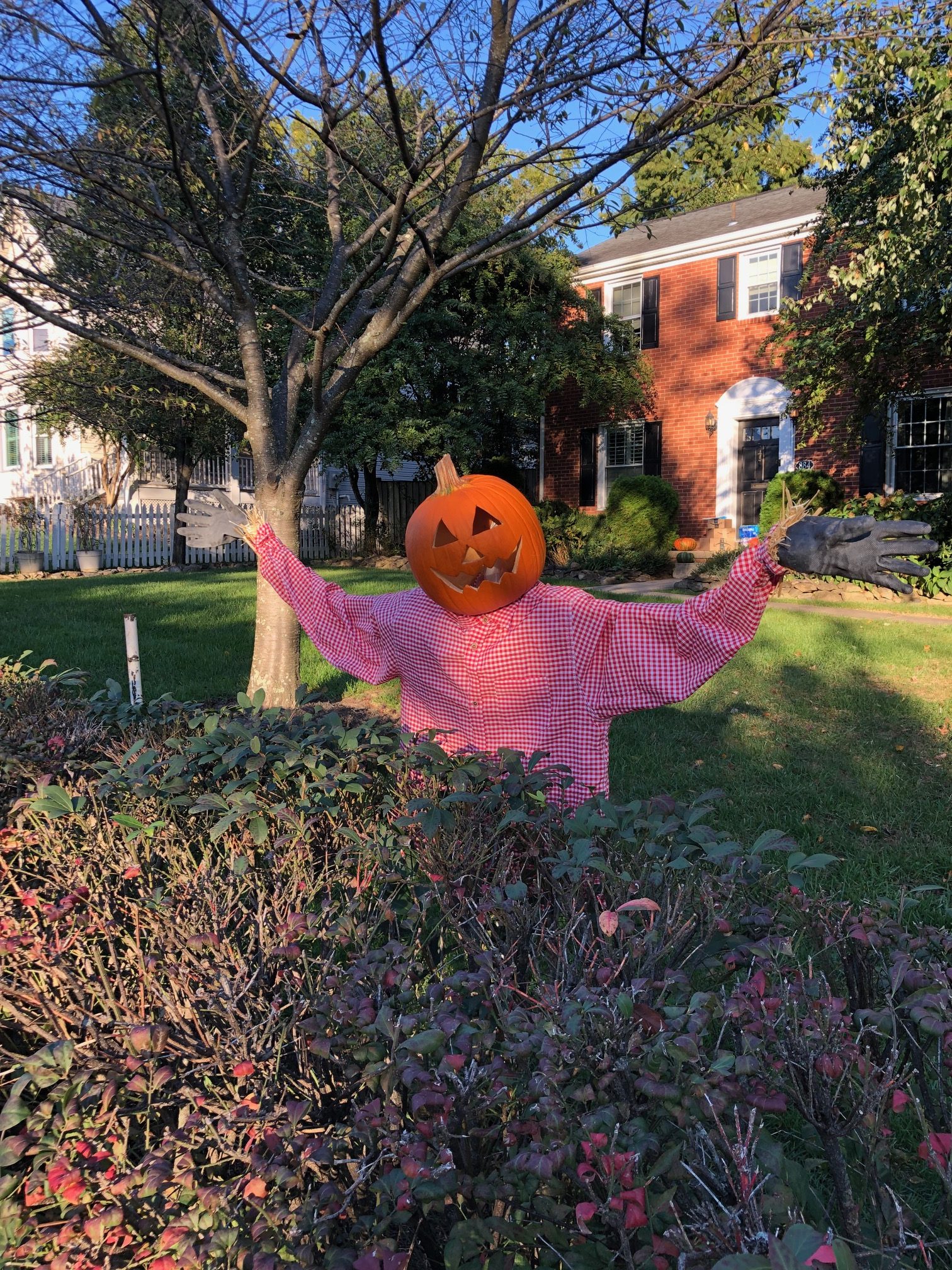 A much calmer day than yesterday. The junk guys came to haul away all the stuff we hauled out to the curb yesterday; however, I had put a few things out that I was going leave for passersby to take. Had I known it was going to be trashed today and not Wednesday (our normal trash day), I wouldn’t have put it by the curb and instead just saved it for Freecycle or Craigslist. Hubby rolls his eyes at me, but I really can’t stand perfectly usable things being thrown away, especially when I know someone would have taken the stuff. I caught them in time to rescue a good bird feeder but one which we can’t use. On an afternoon stroll around the neighborhood I came across a few things at other people’s curbside, which I’m going to retrieve. Hubby will say I have an obsession with carpet remnants, and he’s right. We have hard floors in the basement that will need covering in some places, so thank you, neighbors, who are donating to the cause with brand new remnants. You can take the girl out of college, but you can’t take the dumpster-diving thrifster out of the girl.

The basement floor is about two-thirds completed, but another contractor did a half-cocked job on the basement stair carpet (they promise to make it right). Contractor #2 also started a minor garage job I’ve been wanting done and which will go a long way in helping increase storage space. The garage looks like a Goodwill store exploded, but I know this too shall pass.

I told my team at work I was leaving for another role. Everyone said they were happy for me and were going to miss me (they’ll forget all about me in no time). But it did make me feel good that lots of folk told me the other team is lucky to get me. There are a few colleagues I will definitely miss working with but the tech writing must go on.