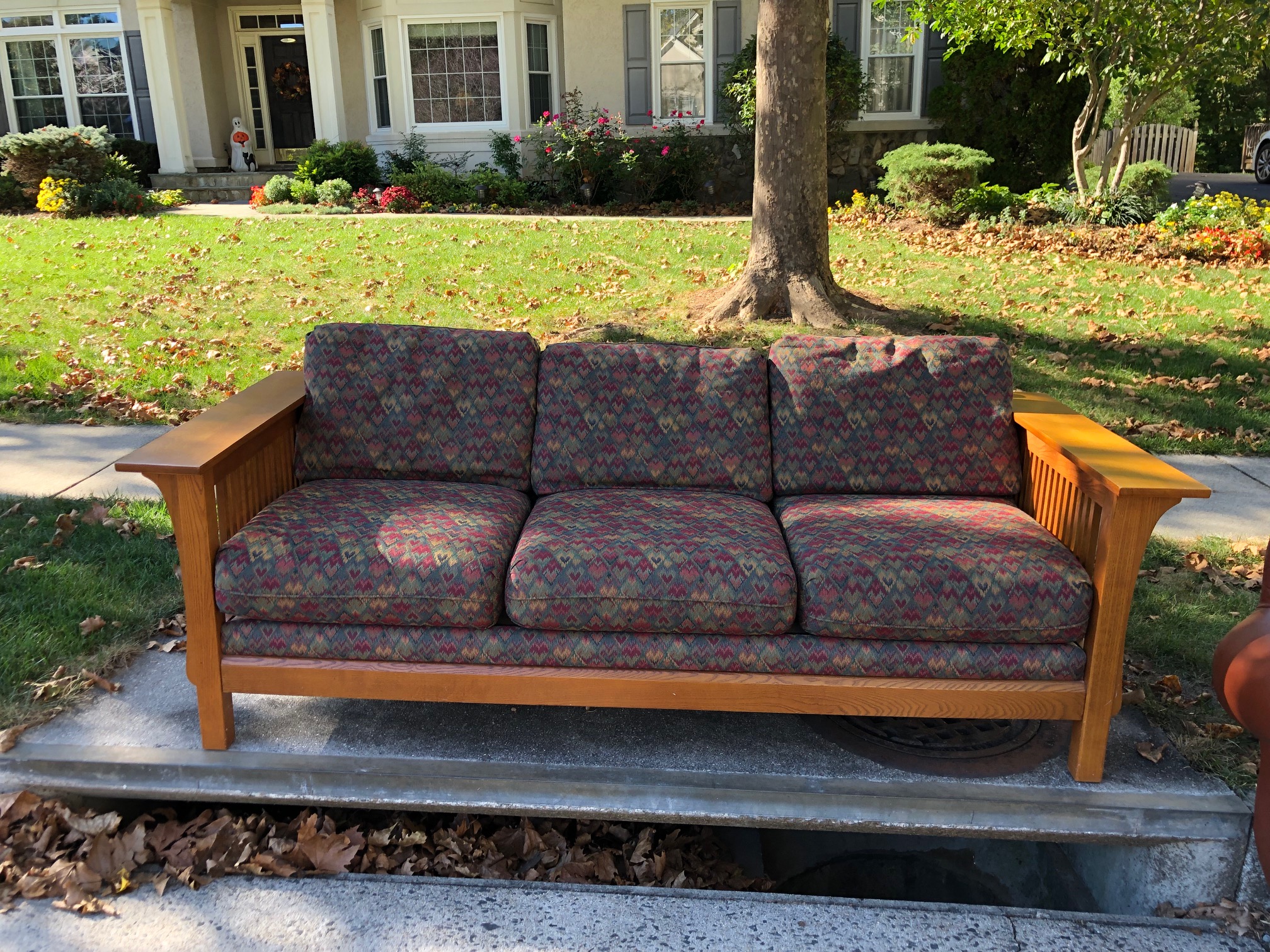 Besides Thanksgiving, I think my two favorite days of the year are what our town calls Big Trash Day—once in April and once in October. We frugal, dumpster-diving divas love these days when people put all their stuff they don’t want to the curb for others to take before the town hauls it away to the county incinerator (or the recycling). I’ve been scouring the neighborhoods for the past few days and found even more stuff this afternoon. I’m not a stuff person; I’m a utilitarian, a utilitarian who doesn’t like to see perfectly usable items thrown away, which we Americans have a bad habit of doing. So I take only things I know I will actually use. I’ve even rescued items from people’s trash and sold them or given them away. I make liberal use of Craigslist and Freecycle to red out my own house. I’m frequently surprised at what people will take: miscellaneous hooks and door pulls, empty boxes and decorative liquor bottles, broken paper shredders that they want to fix, wood scraps, you name it. Hubby can’t be bothered. Though he likes scoring freebies, he’s also freer about throwing things away.

For every wood scrap that gets tossed in the burn pile at our house we acquire at least three more wood scraps from other people’s refuse on Big Trash Day. I have to admit, though, the wood scraps we salvaged from three doors down today were unused and a good deal (free, or course). They even had the plastic price tags stapled to the ends. Hubby has a garden project in mind for the wood. Today I also scored a newish laundry basket with a missing handle (doesn’t bother me), some nice stone pavers (awaiting a final landscaping job on the east side of the house), and a mission-style couch in great shape! I happened upon the couch while going for a short walk between work meetings. It was such a gorgeous day, I didn’t want to miss it. When I saw the couch, I hurried home and persuaded my contractor and his helper to go nab it for me with his pickup truck. They were finishing some work in my house today. I even offered to give him $50 for the favor, but he refused. He’s also a neighbor, and his wife cleans for me, so he sometimes does me a solid like that. The couch now lives in my new basement, and I just saved several hundred bucks.

Yep, I am definitely my father’s daughter. Daddy-O would be proud.