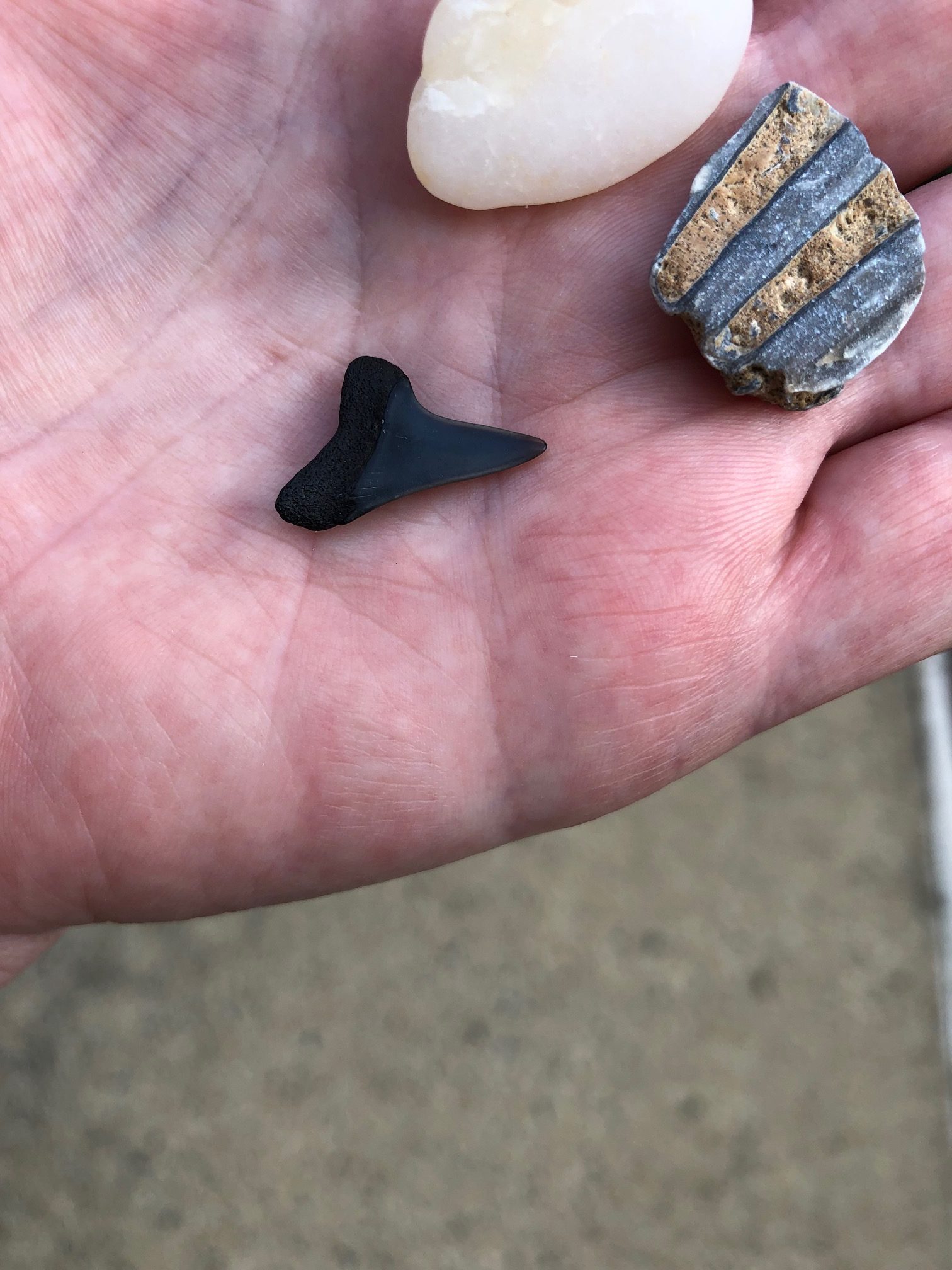 Woke this morning with a moderate sinus headache; lying down doesn’t help. Waivered on whether we should go out for the day but decided to do it anyway. Glad for it because I felt much better as the morning wore on. We headed for Flag Ponds Nature Reserve in Calvert County, MD, which someone had recommended to me last spring. It did not disappoint. The park is a good ways off the main road and on the Chesapeake. We started with a walk along all the woodland trails. The first ones through that morning, we encountered mile after mile of giant spiders (size of my thumb end), whose webs crossed the path; we carried a stick to gently brush them aside as we passed. Scattered throughout the trails are various nature blinds, overlooks, and boardwalks through the ponds. I’ve never seen duckweed so thick; it looked like a green carpet across the still pond. We saw a pair of bald eagles over the bay and a great egret, plus a few Canada geese. The paw paws were still fruiting, but we didn’t eat any, although we did pick up a bagful of sweet chestnuts. We also found an unfortunate young oposum dead on the trail from unknown causes.

We eventually wound our way around to the beach on the bay. The air was warm enough by that time to swim, although we just waded, walking along the shore. The nice thing about this park is that they limit the number of people based on the number of parking spaces. So it wasn’t too crowded, and the beach length was long enough to absorb all the day trippers. This beach is known for its fossilized sharks’ teeth. Lots of folk were sieving for them. I stopped to ask one lady, who seemed to be good at it, what to look for. She was showing me her morning’s find and gave me one tooth. I tried identifying it online, but it could be from a number of species, maybe a shortfin mako or a snaggletooth from the Miocene era. On the way back to the car, my Tevas finally blew out—sandals I’ve had for nearly 20 years.

Later, we continued south to Solomons Island for a short stroll at the tip of the Tidewater region of MD. If I had it to do over again, I’d study marine biology at the Chesapeake Bay Biological Station campus there. On the way home, we drove through the countryside, briefly stopping, (but not getting out of the care) at an interesting site I hadn’t know existed: Dr. Samuel Mudd’s house. Mudd was convicted of conspiring with John Wilkes Booth and set his broken leg when Booth was on the lam after murdering Abraham Lincoln. He missed getting the death penalty by one vote and was eventually pardoned by President Andrew Johnson.

All in all another gorgeous autumn day in the Midatlantic.