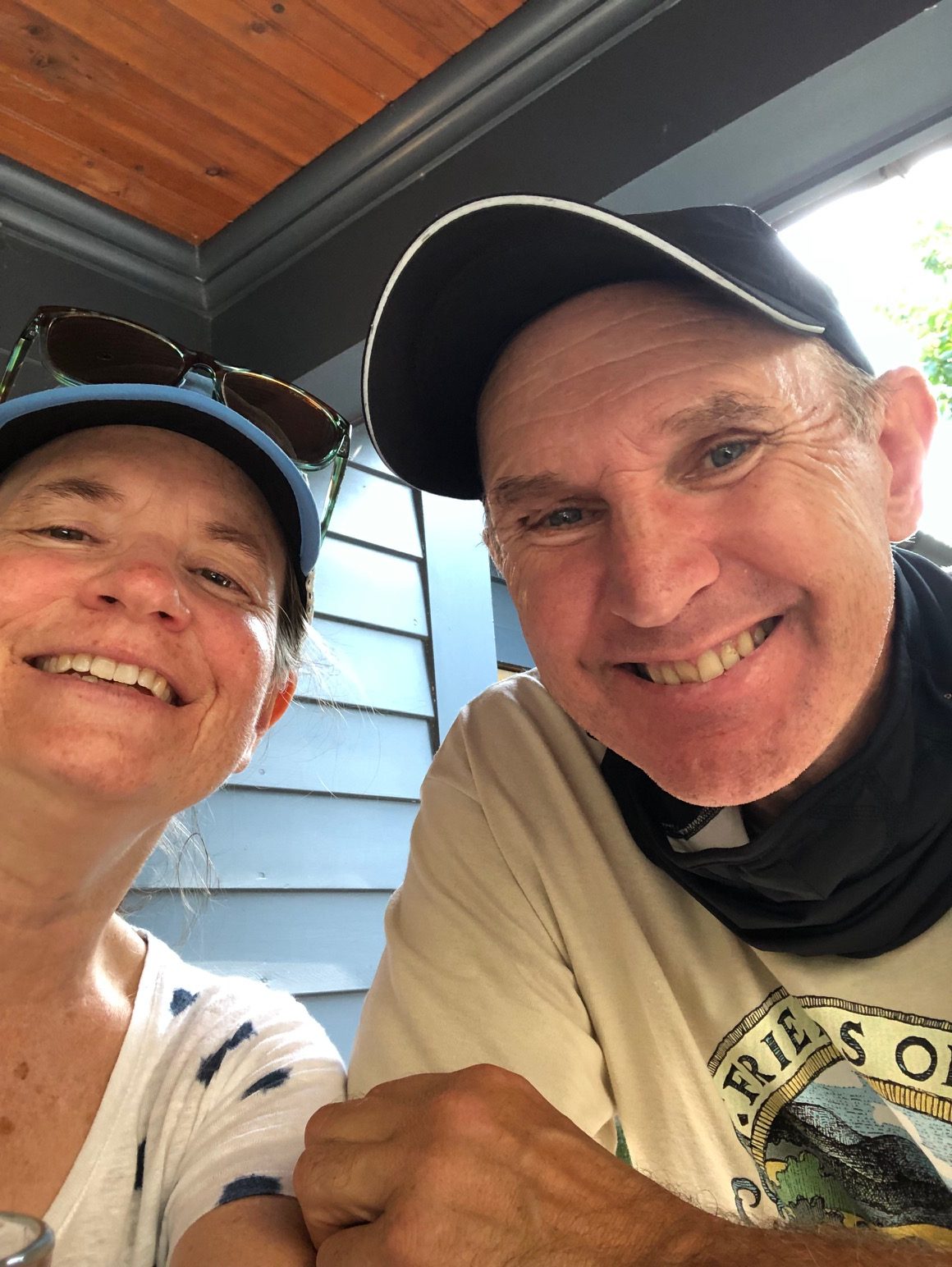 We ate breakfast in a little backwater diner out in the Shenandoah, went for a drive and a walk, and then headed for the Appalachian Trail Festival near Round Hill. We listened to a few speakers talk about how to dehydrate your own food for backpacking trips, how to be safe as a lone female hiker, and bought some native plants—because in Hubby’s garden there is always room for more. On the way home we stopped for a late lunch at one of favorite patio restaurants, Clyde’s of Ashburn, and enjoyed the whole place to ourselves. The patio was closed, but the outdoor bar wasn’t, and they had a couple of vacant tables. They were out of the gluten-free chocolate truffle cakes with raspberry reduction sauce, so I settled for lavender crème brulé. Hubby broke down and had the peach cobbler. It was a continuation celebration for our 21st anniversary last week.

Later, I napped on the porch couch, while Hubby planted his new native darlings, washed the cars, and mowed the lawn. I think I got the better end of that deal. We also talked on the phone to his daughter in Scotland, whom we haven’t chatted with in several weeks. She was selected to be part of the Prince’s Trust at Dumfries House, where she’s learning more building skills (she already apprenticed with a timber framer and has built some straw bale buildings). She’s been there since late July and still loving it. She also got to meet and briefly chat with Prince Charles, whom she said was shorter than she expected, which “made it less intimidating.” One weekend, his executive chef came to cook the meals at Dumfries House for the students (everything is catered for them by pro chefs). By all accounts the food was even more amazing that weekend. Hubby and I = jealous on so many levels + proud on so many levels. We always knew this gal was going places. Hubby asked his daughter to put in a good word for him with “you’re new BFF, Charles,” for a gardening post at Highgrove House. Putting it here in writing for posterity’s sake.