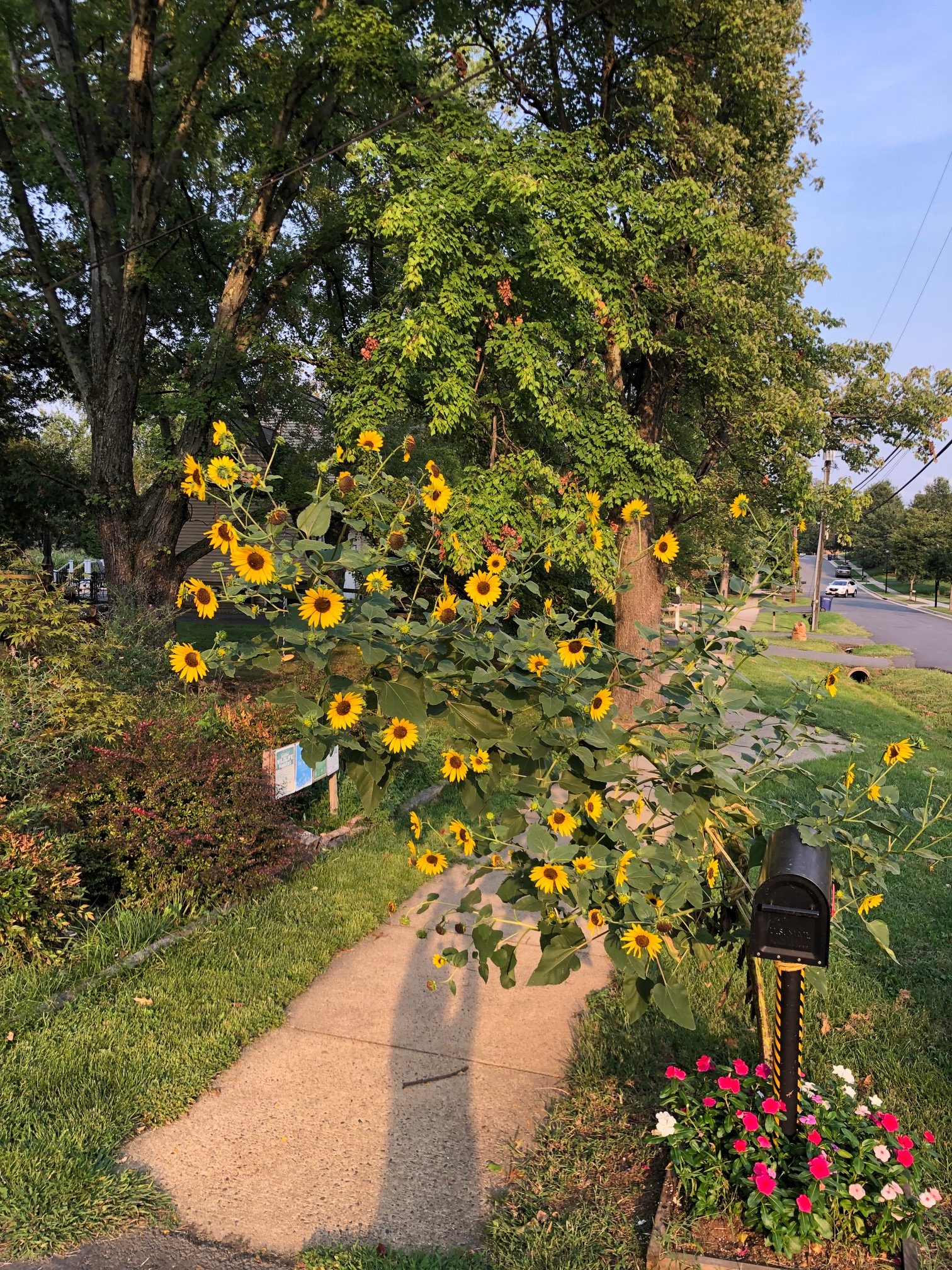 Got an exciting call today from the hiring manager of a new role I applied for at my company. She wants me, but I still have to go through an interview process; a “light one,” she says, which means only a couple of people (who aren’t actually on the team—don’t ask) instead of the usual six to seven interviews. It’s not signed, sealed, or delivered yet, but it looks hopeful…except that Imposter Syndrome began creeping in when I read the requirements for the new job ladder. Why do we tell ourselves we’re no good when we know we are?

Went for a long walk this afternoon to the cemetery. A few new graves and new columbarium markers not yet, um, occupied. The markers included an interesting fake tree-stump made of concrete with spirals (tree rings?). I saw at least a dozen houses for sale along my walking route and wondered whether they are downsizers, job losers, or escape-to-the-countryers. These houses won’t last on the market long.

Lots of people coming by the house today and yesterday to pick up miscellaneous items I spent five hours on Saturday posting on Craigslist. It’s amazing what people will drive distances for when a thing is free: used socks, used bicycle water bottles that someone else has sucked on, a half-full bottle of hair conditioner, used light bulbs, a semi-functioning immersion blender (yes, I disclosed its condition). Not complaining, me, the Queen of Bargains & Re-use, Former Dumpster Diving Champion. I’m glad people still appreciate used things. So for no interest in my matchbook collection ($30) of 700+ matchbooks from all over the world. It got its start around 1975 when I had the brilliant idea of running away from home. (I needed to collect matches for fire-starting.) I eventually did run away from home but on a sanctioned 18-year trip to Montana, which started with college. Couldn’t bring myself to use any of the matches I’d collected because, you know, they might be worth something 45 years later. I was thinking more than $30, but redding out (as my PA ancestors used to say) is the primary goal now.