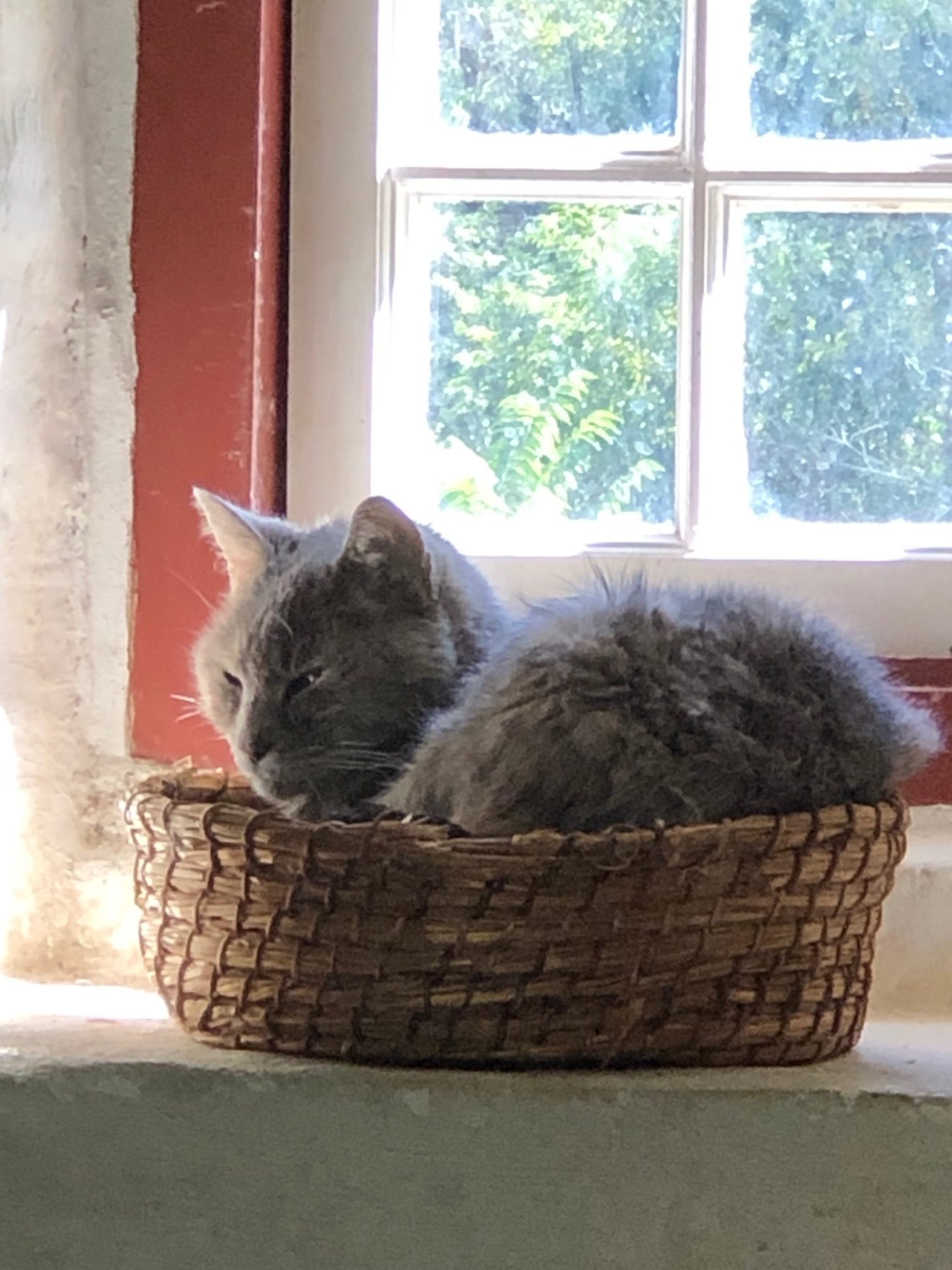 Today is how I’d like a lot of days to go: Get up when you feel like it, rising to temperatures in the low 50s, warming to low 70s, with clear blue skies. Go for a 30-mile bike ride in the rolling pastoral landscape with mountains as a backdrop. Feeling so good that you laugh at an obnoxious impatient driver who thinks you care when he lays on the horn as he’s passing you because he wants you to know how angry he is that you delayed his journey by a whole 2 minutes, setting a great example for the unbelted kids in the car. Carry on as usual because the day is too perfect to let anyone ruin it. Return to your abode for a late lunch and rest before going out exploring again (Frontier Culture Museum, with real and reconstructed 17th-, 18th-, and 19th-century homes from England, Ireland, and Germany as a nod to early American settlers, plus early American settler farmsteads complete with pigs, goats, sheep, chickens, and turkeys). Have dinner at a nice restaurant with outdoor seating—the most sublime meal out you’ve had in a very long time (tender pork chop on a bed of half-creamed mushrooms and roasted cauliflower; artisanal cheeses and crusty bread, ahi tuna with roasted watermelon in a cilantro cream sauce, gazpacho, tenderloin, chocolate torte, and goat cheesecake with miso caramel sauce). A nice evening walk to the top of the steep hill upon which a small college campus sits (Mary Baldwin) and watch the sunset over the mountains and tranquil walk back to the car through hilly streets with funky old houses. Yep, something akin to that once a week will do me.