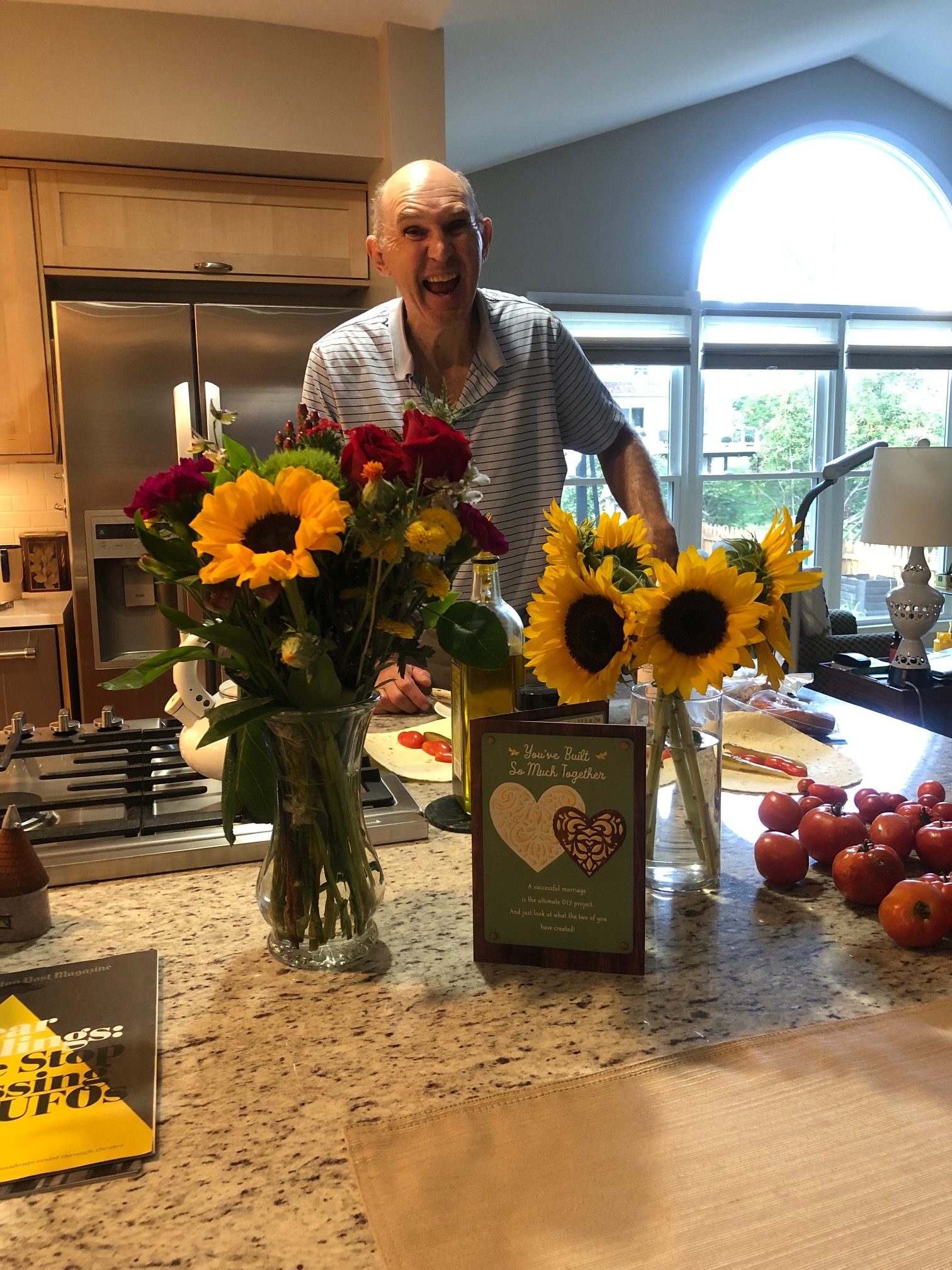 Happy 21st anniversary to me & Hubby. When I first met him, he was sitting at a desk with his stockinged feet up thumbing through a phone book & asking the other person in the office whether he knew any good places to eat in Edinburgh. It was 1998 & I had just moved to Scotland. When we were introduced, Future Hubby got up & walked over to me, extending a hand more out of politeness it seemed than a genuine interest in meeting me. He scanned me from toe to head & do you know the first thing that popped into my head was: This is the man I’m going to marry. I quickly ditched the thought as nonsense. He looked a little unkempt, smoked stinking cigarettes & was recently divorced with two small children that needed a lot of attention.

We got off to a rocky start, which got rockier as time went on, until finally we reached an agreement. We weren’t getting any younger & besides, we kinda liked each other. He braved a relocation to the US, which despite being the Land of Opportunity, was a difficult cultural shift. I braved two part-time kids (who turned into fabulous adults). It hasn’t been all sticky toffee pudding & bouncy castles, but it just keeps getting better & gosh darn it, I love this guy. I’m glad we both stuck out the tough times because it’s sure nice to have someone to snuggle with at night & tell you you’re beautiful even when you think you’re not & to put up with your quirks and bossiness.

We got married at the Justice of the Peace in Hawick, Scotland, with his kids, one of his brothers, three of our friends from Scotland & five of my friends from England in attendance. Three of those people are no longer with us, sadly. I remember trying to cross the street dressed in Mamacita’s wedding gown, with my matron of honor holding my arm. We were trying to get to the county building & no one stopped to let the bride cross. My friend was really angry, lamenting that no one had manners anymore to stop for a woman who was obviously wearing a wedding gown & carrying a bouquet. Later, the place where we lived hosted lunch, with about 40 people. That night we hired a three-piece Scottish band to play in the village hall & call out country Scottish dancing moves, a bit like square dancing. We invited the whole village & around 100 people came. We spent our wedding night in a little B&B at the back of a pub a few miles away from where we lived, showing up past pub closing time. The proprietor seemed annoyed that we were so late, but we later figured he was more likely startled when we came in because he was still serving booze well after last call, which you can be fined for in Britain.  In the morning, after he found out it had been our honeymoon night, he apologized for being rude the night before.

We intend to celebrate all week. Yesterday we bought each a bouquet of flowers & some cupcakes. Today we walked around the lake, always good for encountering interesting things. Tomorrow, who knows? During the weekend we’ll go for a bike ride, have a nice meal out at one of our favorite places & maybe even work side by side in the garden. It’s been a tradition to play a round of mini golf on our anniversary, but we didn’t do that last year because of that global pandemic thing. We’re keeping our eyes open for the right course so one of us can claim the championship title for the year. It’s also tradition for the loser to accuse to the winner of cheating. Believe me, this man is tough to beat. Happy anniversary, Darling!