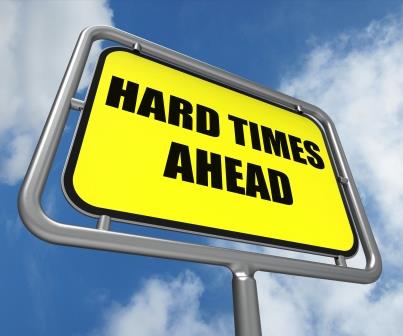 In the June 2 post I quoted the definition of resilience from a Psychology Today article as “the psychological quality that allows some people to be knocked down by the adversities of life and come back at least as strong as before. Rather than letting difficulties, traumatic events, or failure overcome them and drain their resolve, highly resilient people find a way to change course, emotionally heal, and continue moving toward their goals.”

I also said this: Resilience isn’t just about pushing through hard things; it’s about accepting what is and finding ways to overcome, even thrive, in spite of what is. Resilient people know what they can and can’t change and so they work around the can’t-change things, either by trying something different or changing their strategy.

My sister sent me a short NY Times article in which the author, Jami Attenberg, briefly quotes some people in her newly adopted home of New Orleans, people who have survived multiple hurricanes and have had to rebuild their lives for themselves and their children. They are exhausted by resilience. I’ve been feeling this way too, but reading stories about people who are having to raise children after becoming homeless because of hurricanes, floods, tornadoes, and forest fires, I don’t know from exhaustion! People have lost jobs, houses, businesses, and family members. I have my own dragons to slay during these C-19 times but none as fearsome as these.

What captured my attention in the article is Ms. Attenberg’s statement that she is proud of resilient people and wants them to succeed, but she doesn’t want resilience to become our only way of life. When people are called to be resilient in the face of life-changing events that are out of their control, it lets policymakers and governments off the hook.

The article is a good, short read for its take on how resilience as we define it today may very well be “an act of subterfuge for those most powerful,” a question Ms. Attenberg posits, given that time and again those in the path of these powerfully destabilizing events are asked to buck up, to rise above, to rebuild. Quoting a friend, Ms. Attenberg says that when others (existing power structures) tell us to be resilient, it’s “just code for you’re on your own, sorry.” I agree resilience shouldn’t be the new normal, the only normal.

I also grow increasingly convinced that we can’t rely on government to fix us or rely on government for handouts—at least certainly not the way our systems are set up now. If we are to rebuild a better future for ourselves, we need to start relying on one another, creating grassroots efforts to support our neighbors and local communities, grow some food, look after and help educate one another’s children. The trickle-down theory doesn’t work. We need to trickle up so that we can rebuild policies and ultimately our government in our own image, so to speak. I’d like to hear your ideas!